please refer to prior post for additional background: low-end-epyc-for-memory-bandwidth-network-video-recording/154933

Since Ryzen 9 3950x ($1000 processor & MB) appears to hit memory bandwidth limits using this NVR software, my thought was to build a very entry level EPYC server ($1200 processor + MB) which slightly more expensive wouldn’t face this bottleneck. Further since it will be running 24x7x365 I want it to be somewhat energy efficient (main reason I am avoiding an older generation Extreme or dual-Xeon build). I confess I usually do pcpartpicker build lists and a bunch of research for gaming PC builds, but am out of my depth with server equipment because similar tools don’t appear to exist.

Since you’re in the US, might want to consider this, instead of building…

So the thinking would be get an actual discounted retail unit, with only single stick of memory (so running single channel bandwidth for now), adding memory as I went but having an otherwise functional machine with 2 sockets and 16 core processor ready to go for give or take the money it would cost to build the basic 8-core setup?

In the server space does HP have all the “lock in” stuff where you have to get their peripherals and so forth?

They lock you in on drives, but you can buy hacked sleds that will lie to the server and let any drive pretend to be an HPE server drive.

The biggest lock in is support. Once your three year warranty is up you lose access to most firmware updates.

I think lock-in, especially not getting hardware updates without paying some exorbitant maintenance fee is a deal breaker for me, unfortunately, but thx for the recommendation.

I wouldn’t expect any bios updates from ASRock after three years either. HPE is just more honest about it. Customer support from HPE going to be miles above ASRock too.

Fair enough on the BIOS updates, but I had an old Compaq/HP disk array that supposedly had out of date firmware when we lost the array so makes me nervous.

Am I reading correctly this will use SAS instead of SATA drives, and only supports 2.5" drives ? How would I go about hooking up larger capacity 3.5" surveillance drives?

There are other chassis options with similar prices, at least one with LFF drive bays.

For a surveillance system, you might want to look at an external DAS shelf for easier maintenance on the drives. These Proliant servers support SATA and SAS drives, or rather the SAS controller is backwards compatible with SATA.

@gordonthree, thanks for that link I think there are some real candidates there.

Am I reading correctly that I will face some challenges installing non-HPE drives in this system and instead have to pay 5x retail price to HPE for drives that fit? For this system the hot-swap feature is not terribly important to me.

Also, are these not likely to have extra SATA connectors onboard or any place to mount an SSD? I’d really like to put in 1-2 SSD and 4-HDD…but it seems like you have to choose SFF or LFF.

Seems like the DL385’s are dual-cpu-capable (but ship with 1 CPU) & hold more drives, and then GEN10+ indicates PCIE4.0 support (which is honestly probably overkill for me). Seems I need to decide whether the entry level one that is only 4 drive capable is enough, as I could add 3 more 16GB sticks and still only get to about $1500 because it is definitely cheaper than building one at $1100.

I wouldn’t expect any bios updates from ASRock after three years either.

I can confirm that this happened to me on a xeon E3v2 board I had a while back.

I forget the model number exactly, but it got firmware updates for 3 years give or take, then it stopped.

I honestly don’t consider this unreasonable though. That’s basically the timeframe for a platform to mature.

I’ve never done it, but there are gray market sleds available that let you use a regular drive in an HPE server. I only deal with them at the enterprise level, so it’s not something I would use.

An SAS connector is backwards compatible with SATA drives.

Those Gen10+ are very nice machines,

Will the AST2500 chip handle basic Windows video, or is it only to facilitate BIOS access etc prior to OS start?

Trying to figure out if I need to grab some basic graphics card for simple (max) 4K video.

I wouldn’t try 4K on it. Adding a GPU gets tricky, these machines aren’t supported in a workstation role. Do you have a separate machine to use for reviewing video? The server should be tucked away someplace safe and remotely accessed.

Thanks for all the help @gordonthree, but since I am not finding GEN10 drive trays, it looks like HP has a real tight grip on my ability to add the hard drives I have to the system without paying them a premium. I think the savings of buying the system would quickly be lost by having to buy their hard drive SKUs.

I think I’m probably back to building, but only if I can get the compatibility stuff sorted out for the motherboard + processors + memory.

I’m not sure what’s available in every market. This came up as the first result on my google search

This one was the fifth result 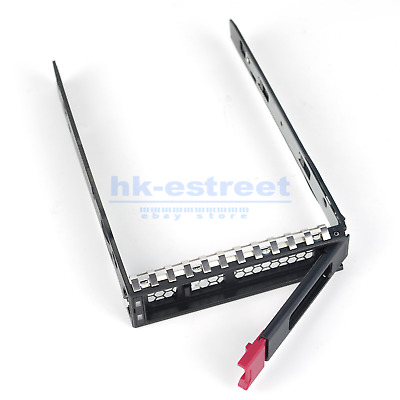