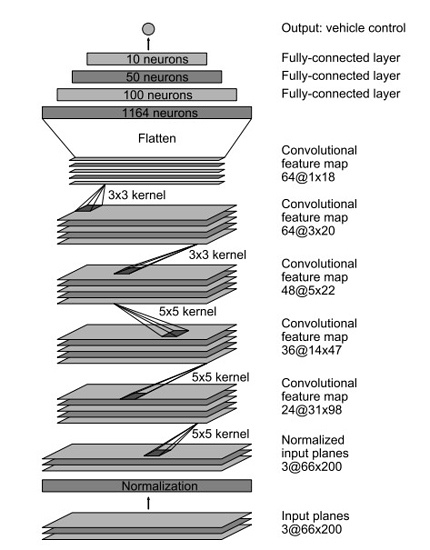 Tell me how you can look at each layer practically. If you can, go collect your nobel prize.

Listen, I already acknowledged that it was complicated. And while the technology is useful, if it cannot be tested within enough accuracy to where issues like the aforementioned are happening, then it is not ready to be used practically.

I’m saying, that by jumping the gun with this technology they have set in motion things which they did not foresee and innocent creators are suffering because of YouTube’s hubris.

I’m a big fan of ML and think that this technology is without a doubt the way forward. I think a more pragmatic approach would be to see YouTube’s testing methodology.

Visualizing the convolution layers is standard practice. There’s several ways to do it, but one of the simplest ones is to use gradient ascent to see what the convolution kernels respond to the strongest.

Also, this thread is going completely off topic now.

Sure, but worthy of it’s own thread. Neural networks are an interesting topic in itself.

Not really. It was talked about on the wan show a week or two ago.

fresh for me anyway

I had a chance to ask Justin tv (now twitch) people a question about solvency and they said that I need not worry because one ad was enough to pay for for about four hours of streaming.

This was years before the adpocalypse but I expect YouTube to be more efficient with costs. I doubt anything more than one thirty second pre roll per hour is necessary for YouTube.

How many people had adblockers installed at that time?

It’s practically impossible to look at each layer in the way you suggest and it would never be practical in the future. It’s called Big Data for a reason.

You could output the ML ban list and do a sanity check on it with humans ?

It seems the answer is just monitorize. It’s the only way to be safe ?

I wonder how many just said ok make money off my content.

This was years before the adpocalypse but I expect YouTube to be more efficient with costs. I doubt anything more than one thirty second pre roll per hour is necessary for YouTube.

From the news around web is Youtube is losing advertisers . So all this educational and clean content is what they need to go to these advertisers and say come back look MIT courses will have your ads, Blender instructional videos will have your ads.
We dont just have Pewdie Dumpling and the other 2 idiots that film dead people and taser corpses. We know there all children and won’t buy your products.

My understanding is that the “clean content” is just an excuse. The real reason is that they want YouTube to give them more “insight” which I don’t think YouTube should agree to. Imagine third party javascript running on every single YouTube page. That would not be nice. Even more so for YouTube because that someone else could now know YouTube metrics at the same time as or before Alphabet. That wouldn’t be good.

Also, blender doesn’t want to put ads. Why force them to put ads?

Also, blender doesn’t want to put ads. Why force them to put ads?

Because it costs money to host the content. I understand not wanting to make money off it, but maybe they change the policy to something more like this:

The difficulty is that a lot of this content is what youtube considers to be the most advertiser friendly content out there and they’ve been demonetizing and removing ads from tons of content lately, so they’re probably losing a fair amount of revenue and they’re trying to find ways to recoup those losses.

next step: rename the next major version to grinder

blender is waaaay more competitive than kdenlive to be fair. As someone who renders multiple videos/vfx sequences a day I could never do my job with kdenlive whereas I actively use blender.

I’d say that the difference between the two, as far as adoption goes, is learning curve. Blender didn’t feel easy to use when I first tried it out and that’s what drove me away from it, to resolve.

I wasn’t suggesting that you use blender as an NLE, that’s a terrible idea unless you’re only doing a short composition. I meant with respect to other 3d/fx applications.

I’m with you on resolve and lightworks being the only competently put together NLEs for linux though.

Not to get too off topic, but Resolve is wonderful. I’m using it in a weekend-warrior kinda style, and it’s absolutely blowing my mind. Every time I look for a new feature, boom. There it is! And they’re not sacrificing the stability of the program like certain other non-linux NLE products