BlakeStone PC game has anyone played it? want to see a remake? 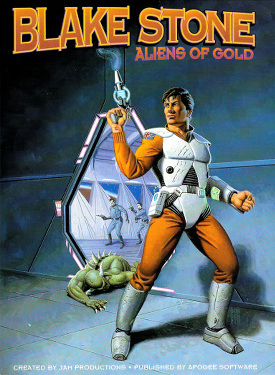 never played but they have on GOG. May have a go at it, looks fun

thank you sir, just bought it.... again. i keep forgetting about GOG

Used to play it a fair bit as a kid. Really a rather good game, and quite forward thinking with how it lets you attack levels in whatever order you want. A lot of people seem to pass it off as a Wolfenstein clone, while that's not too far from the truth I think it's very unfair. I even prefer Blake to Wolfenstein.

I replayed with the GoG version back in 2012, still plays pretty good but the default key binding is terrible.

I wouldn't care for a remake unless they made it proper old school - I'm still slightly bemused by Shadow Warrior 2013... But If someone were to mod it ala Brutal Doom, I would be all over it.