You're looking at my custom watercooling build log that will be taking place over the next several months, with a target completion date of mid-September.

These are my current specs:

Now, pretty much every part in this build will be upgraded. I already have an EVGA GTX 760 with the ACX cooler on the way (will be getting a second for SLI down the road). I have not decided on a new case yet, but I am considering the Fractal Design R4 for its sleek, all black, minimalistic look which is what I am basing this build on. Everything is going to be black. Black tubing for the loop, black PSU sleeves, the works. I have not decided whether or not to "de-anodize" the aluminum motherboard heatsinks to provide a nice, white accent or to make them black. This is just going to depend on the cost of anodizing them.

The only issue I have encountered so far is the tan/brown RAM and PCIe slots. I have no idea how I'm going to get these black. Suggestions for this would be amazing.

So far this is what I have planned/to-do list:

If you have any used watercooling parts you would like to sell me or donate, that would be very nice. I am only 16 and I'm on a tight budget here, my parents do not give me money for this sort of thing. Also if you would like to donate a couple dollars, just send me a PM through Tek Syndicate. I may do a game or hardware giveaway depending on how many people are interested in this build (:
I will post final pics here, and progress pics in the comments including what my build looks like right now.
brennanriddell July 21, 2013, 5:03pm #2

Yay! More build logs! I recommend posting larger updates than what I was doing. From now on, I am going to get some real progress done, then post it; I recommend you do the same.

What sleeve will you be using? I have a Seasonic X650 in the mail, and whil it is a fantastic PSU, the 24 pin mobo power cable is tricky to sleeve . As I will be doing, and many others have done, when sleeving, if you want a nice clean look on the 24 pin, and any other cables that aren't 1-1 (most of them), sleeve them from the PSU, then sleeve an extension. It takes a tiny bit of extra work, and a few more dollars worth of terminals, but it looks fantastic in the end.

You could always paint the slots that are brown; you would have to be careful, because of the many little pins, but if you kept a card of stick of RAM in them while you painted (just use lots of masking tape!), then it should work pretty well.

I have some old RAM sticks I can put in there while I paint. What kind of paint would I need?

As for the PSU sleeving, I have no idea. I haven't even looked into that part yet. Can I just buy presleeved cables or are they stupid expensive?

I would think any paint you would use in automotive or industrial applications would be more than applicable for the job :)

Presleeved cables have to be made for the PSU specifically, usually, because the PSU manufacturers do nat use a standard pin-out, so the arrangement is crazy. You could pay someone te sleeve them, but it'd be cheaper and more fun to do it yourself. I recommend MDPC-X because of the insane quality, and just how awesome Nils is, but Lutr0 has some new paracord coming out that looks fantastic.

Ok, I'll look into that. My 760 should be here Monday and I will surely post plenty of pics as well as my overclocking results.

Awesome! The 760 is a great card; hopefully, you got a reference one so you can put that bitch under water!

Sadly no, I got the ACX version. I have a plan for custom VRAM heatsinks though.

I don't really have the money to put my GPU in the loop quite yet.

It is an additional $100 or so, for the watorblock. Still, the silence is going to be pretty nice on the ACX.

Oh, and for the Backplate, you should contact Dwood :)

He does custom backplates, mounting brackets, and all kinds of awesome stuff.

That's sweet (: and definately worth paying for!

So I have removed the motherboard heatsinks. What is this sticky lime green stuff? Can I reuse it? If it gets destroyed where can I purchase more? I'm pretty sure on the small section of the heatsink thats just thermal paste, and I have plenty of that. The problem here is that the process of stripping the dye/anodization off of the heatsinks will more than likely destroy this stuff. I'm going to either have to salvage it by removing it prior or replacing it. Any ideas? 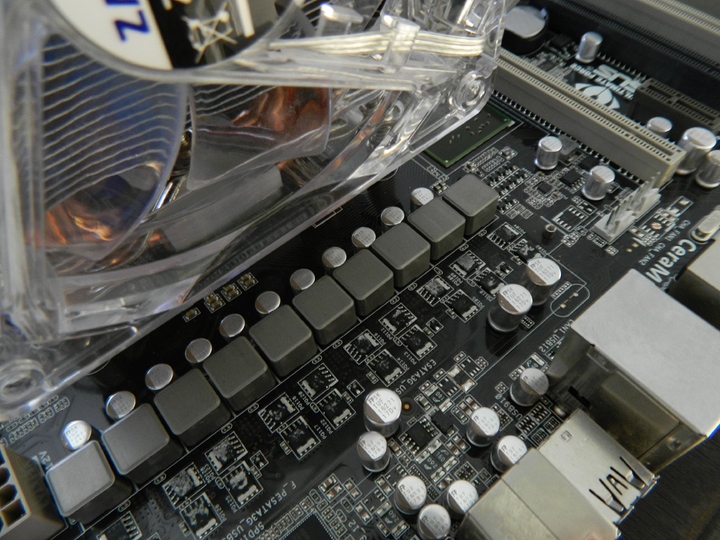 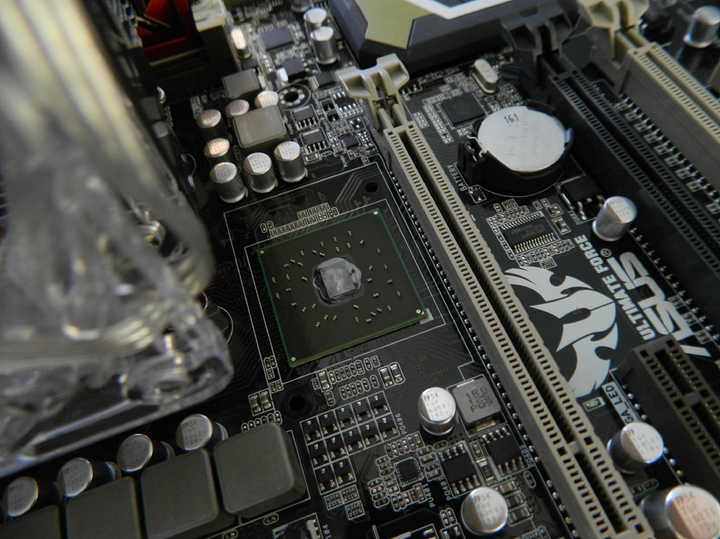 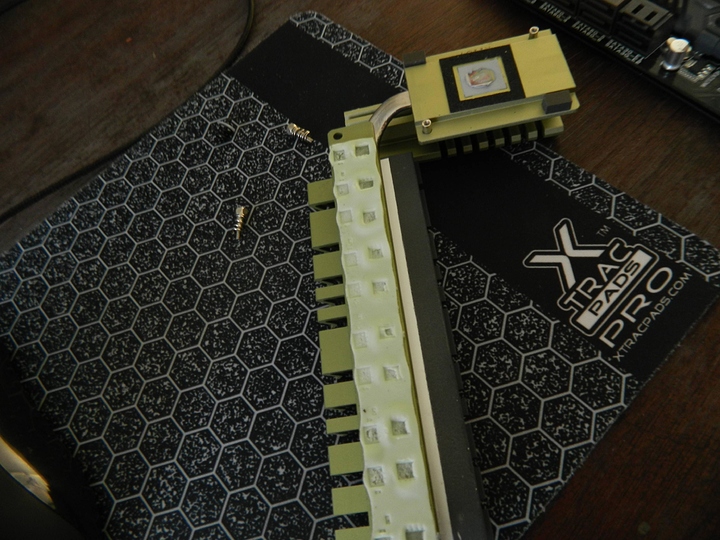 That is a thermal pad; you could reuse it, but I'd personally just top the components with TIM instead.

TIM? And did you see how tiny each one of those components are?

You can always just buy a roll of thermal pad and replace it.

Btw, does how can I make sure the NB/SB TIM is non-conductive? It does need to be non conductive right?

It should be non-conductive. Just Google it, I suppose. You can't go wrong with Liquid Ultra, though; best stuff on the market :)