As stated earlier, I'm on the verge of purchasing a new laptop and am in this conundrum. The CPU's are all i7 6700HQ with 16 gigs of ddr4.

Can anyone tell me what will give the best performance under a double opengl dual output that is capped at either 30 or 60 fps? Output resolutions are 1080x1900 for the laptop and 1080x1200 for the output.

Perhaps I'm looking at it wrong, but I'm looking for smoothness over overall framerate in this case.

I'm going to guess you already have a desktop, or can't use a desktop?

And by output did you mean a secondary display? because that won't be affecting frame rates or anything at all really. the 960m is probably the better choice there.

Has to be a laptop and the projection is onto the inside of a 6 meter diameter hemispherical planetarium dome.

If it's just for display outputs I can't imagine it would matter all that much what you go with.

Well it is rendering some pretty hard 3D. Like:

and a few more in real time.

The last laptop was a HP DV6 and it hammered both the cpu and gpu (only 1 gig) to death maxing them out and occasionally stuttering (which is bad in an imax environment).

Thanks for the help, just trying to figure out where the money is best spent, cpu or gpu.

real time makes more sense, so... does it absolutely have to be a laptop? why not an ITX PC It'd have like way more performance.

Portability and set-up/breakdown time: fewer cords, no separate monitor, keyboard, mouse etc. for people to trip on in the dark...

It's for a relative and this is a requirement. There are already a lot of parts...

Well they do make USB screens that just hook right up and get power/signal through a USB 3.0 port, doesn't cost much more than a typical display

I guess you have to get the + version of this one for 1080p though? AOC makes a 1080p for around the same price 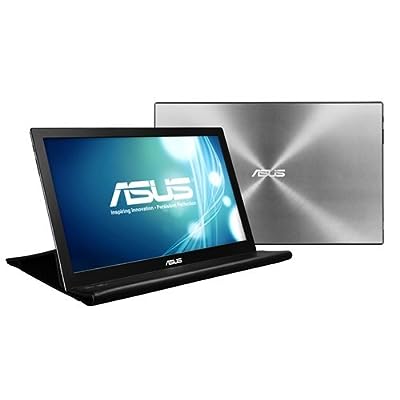 Features Two Screens Are Better Than One The 15.6-inch MB168B portable USB-powered monitor needs just one USB cable for both its video signal and power to deliver up to a 1366 x 768 Full HD resolution ... 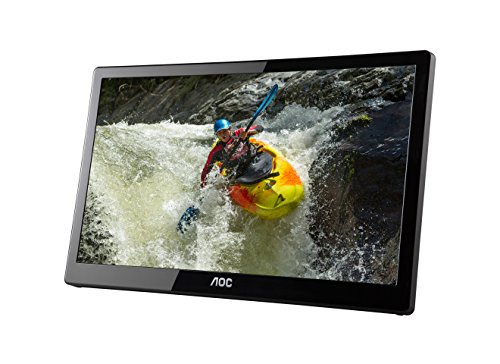 and then you could just get a wireless keyboard/mouse combo, really it would be a lot better overall, even if it takes a bit extra to set up, what was the budget?

What is the brand/manufacturer of the laptop?

I like the Idea of the USB 3 monitor above, however the resolution bothers me, I'll look into it.

The AOC one is pretty solid overall, and ya, you could do a ton better with that budget going with a desktop

The AOC E1659Fwux is a highly portable USB monitor that delivers a crisp 1080p picture and accurate colors.

Maybe go a little less crazy on the SSD/RAM/Video card though, probably don't need too high end of stuff, but there's an example

and the Elite 110 is fairly tiny, you could also go with a GPUless broadwell build, in a case that's not going to be much larger than the motherboard itself

I appreciate the effort, and I know, I've priced a build similar and pushed the advantages.

However, the end user dictates that the laptop is required, thus the OP conundrum. It also has to run windows as the software will not run on anything else but a Mac (not even under wine or a vm), so add that to the cost. It is also advantageous in the situation to run low power and low heat output which laptops are optimized for. There are a lot of variables which really brings me back to the OP.

If cost provides, I could go up to a 970m, but the real question is about vram utilization.

The problem with going up to a 970 is that everyone wants to sell you a 4k screen with it. I want the horsepower to go to the output projector (rendering), not the 15 inch laptop screen, so that's become a limitation on options.

Well what about like the Razer core? dunno it's pricing though or when it would be available With improved battery life and performance, the new Razer Blade Stealth raises the standard for ultra-mobility and powerful Ultrabook™ performance.

I looked at that briefly, I think it came out too expensive, I will take another look.

The stealth starts at $999 which for an ultra book isn't too bad, but the core isn't out just yet, however that would probably be the best compromise

also do you know if any of that software can utilize a workstation GPU? or does it use open CL or CUDA? wait it was open GL wasn't it

I think it said around June when I looked at it. There is yet another issue not addressed, which is sound. It can't be a hairdryer inside this shell with 30 people in it with sound bouncing off the walls and everyone putting out 100 watts of heat naturally. Thus laptop wins again. I also looked at the CES liquid cooled one, but this needs to be reliable and I'm a bit leery of being an early adopter for a relative who is not familiar with such things...

Well most gaming laptops with the GPU you want are going to be on the louder side,

going back to the desktop, you could do a completely fanless like broadwell build, and that has a fairly powerful iGPU on it, probably almost equal to the performance of 960m/entry level GPU

There are actually several programs it will use, the opengl one was the only one that requires an upgrade in hardware. The old machine will still exist as a redundant back-up. It's a situation where a couple hundred kids may see the show on a given day, so stability is a plus/must.

well here's the i7 5775C in cinebench open GL, fairly decent score given that it's an integrated GPU We managed to get our hands on an Intel Core i7-5775C processor and have spent the past week using and benchmarking the newest desktop processor from Intel. This processor idles at 800 MHz when your system is not being used and then can run at up to 3...

Well, look's like no one chimed in for a proper technical answer regarding the specs..

Performance wise, the 965M runs circles around the 960M. I included the GTX 970M in there also because that was mentioned.

If you look at the Core configuration (shaders:texture mapping units:render output units).
965M has +60% shaders / TMU's as well as double the amount of ROP's vs the 960M.
Where as 970M is double shaders/TMU's as well as triple the ROP's but is probably a bit of an overkill.

The desktop GTX 960 of course has higher clockspeeds, but you can easily adjust for that. Although it also has hell of a lot bigger power budget vs. the mobile version.

But I do not have a proper answer as I'm not 100% familiar with the workload and in general about how much of munching power you'd need.
You mentioned that you had a HP DV6 before? What specs did it have?
I looked at the service manual and apparently the most powerful GPU it could have had, with 1024MB of VRAM would have been the HD 6770M.
It had a 480:24:8 core config so only 8 ROP's which isn't all that much. Also it's desktop variant would be the HD 6570.

That would have 696GFlops of raw, single precision, munching power which would make the 960M have almost twice of that (1317GFlops).

This last section, or half of my post is way outside of my comfort zone as I don't know crap about graphics and how much performance you'd really need and polygons and magic pixies and..........
But it's probably safe to say that the 960M could be just fine for what you need, 965M would be better of course, especially if you want to ensure the smoothness.
Could you run some performance tests on other hardware you have at hand?