So I am expanding and basically rebuilding my home (personal) NAS/media server/whatever you want to call it and I'm looking for a RAID card that will do the job at the best price. I'm not looking for much, but here's what I need:

Basically there's going to be no critical data stored on this NAS that I can't afford to lose, so I initially was thinking about JBOD, but I figured that I can afford to spend the extra 1 drive of space for the parity anyways. I plan to run somewhere between 5 and 7 HGST Deskstar NAS 4TB drives (These ones HERE) in Raid 5 and I just needed a cheap Raid controller to support all of the drives. What are my options and what should I be looking at? Any thoughts? All ideas are appreciated!

Highpoint's RocketRaid cards is probably the minimum I'd look at. They've got good driver support and plenty of RAID types supported.

For example the 2700 series. Has RAID6 also. Win10 drivers in there as well.
http://www.highpoint-tech.com/USA_new/series_rr272x.htm

Couple of reviews from Google

RAID 6 for less than 150USD and SATA 6G to boot shows that we could well be onto a really good thing here.

That looks pretty good. I guess I should've clarified. I'm just looking to spend somewhere between $100 and $200 for a card (excluding breakout cables) but I'm open to other options if something is that much better. I'm just not sure and I don't think I would need much since it's a pretty basic setup I'm planning to run.

Hm, I do notice that this is a software Raid card. While that's not a huge issue, are there hardware raid cards in the sub 200 dollar range or is that not a thing? Just curious

If we look at Adaptec, then the lowest end card/cards are the 6805 and 6805T. These are hardware cards with PM8013 Raid on Chip and 512MB cache.
http://www.adaptec.com/adapteccom/templates/prodcompare.php
http://www.adaptec.com/nr/pdfs/series6_6t_ds.pdf
Their price seems to hover somewhere just over 200$. Difference between them is that the T model has the SFF-8087 ports top mounted vs on the rear end of the card. 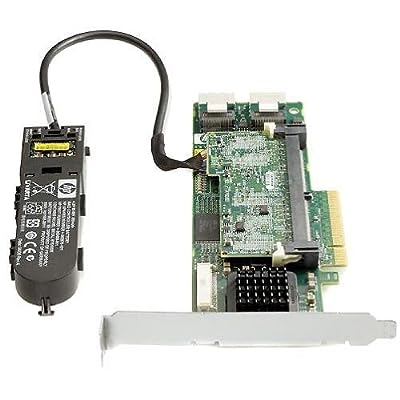 Is that a hardware card? PM8011 came up. But who knows what nonsensical license packs you need with the HP stuff. No clue honestly so you might wanna do research. And verify that whatever you buy actually supports over 2TB drives, though this thing looks like it supports them.

P.S. What kind of hardware does your NAS/Media server have btw? CPU/chipset is probably the most important factor considering whether you could get by with a software card.

the RocketRAID cards do on card RAID, it's not done in the OS.

Hm, I read that in a review that all the computation for the parity in a RAID 5 setup on that card was done by the cpu, not anecessarily on board controller. Maybe the review was wrong? I'm not sure. I (obviously) don't know much about RAID cards.

Oh, I could definitely get by with a software RAID card. I am using the server for multiple simultaneous 1080p plex streams too, so I have a 4690 for my cpu. I was just wondering if there was a better/more optimal solution and trying to learn about RAID cards in the process.

A host based RAID controller doesn't have it's own CPU for parity calculations so it relies on the CPU of the host system. But the RAID array configuration is stored on the card.

a software RAID doesn't have a RAID controller at all. It just uses a bunch of connected disks and the RAID array is all stored in software on the drives themselves.

If you were to setup a host-based RAID controller and setup RAID0, no calculations would be done on the CPU as there isn't any Parity to calculate.

With RAID5 it just means the CPU on the system will be used to calculate the parity. if the CPU or the Motherboard were to fail, you could pull the RAID card, and all the drives, and move them to a new system and it will preserve the configurations.

With Software RAID.... Windows not only calculates the RAID configuration, but also parity in the case of RAID5(6)

I can't think of any 8 port cards that have on board processors that you can get new for under 200$.

You can find some old DELL Perc controllers, or HP RAID cards on ebay for relatively cheap.

I'm sure it was Wendal that mentioned recently in a vid that the best value RAID cards are the HP/IBM/Dell OEM LSI
based cards which come up on Ebay. Apparently they can be flashed back to the better supported LSI BIOS.

I can't give you model numbers as I've not started to look for one just yet.

I went with this one.

It's really easy to flash the non-IBM firmware onto these and get a great hardware RAID card. This is a card that FreeNAS recommends too, so it has their seal of approval....assuming you want to go that route.

Ah, thanks for the info! Is there any info for a way to get these cards running in windows 8 (not server edition)?

Yeah, but is there any support for this on Windows 8.1 and can it run RAID 5? (Unfortunately) I won't be running linux on this machine, so something like a ZFS Raid isn't an option, I'm really looking for a card to do Raid 5.

Don't know why, but I missed the requirement for RAID 5 support. What I suggested does not do RAID 5.

I Picked Up a Dell SAS 6/IR Raid controller off ebay, it think is was $20NZD + i spent and extra $6 for the SAS to SATA breakout cables
I works OK, dosn't offically support 2TB+ Drives. But found a work around, but I also don't use the raid function on it.
But it does do Raid 0,1, 5 & 10 from memory.

You could just use Windows storage spaces, if you are looking at something comparable to ZFS Raid. ZFS is far more mature than Microsoft's ReFS and tends to perform much better in a parity configuration that ReFS, but this could work for you. Since you are limited to Windows 8.1, it may be worth exploring to see if the performance is there for you. You could pickup a cheap port multiplier card from SYBA. I have not run these on Windows 8.1, but they run just fine on Server 2012 and give decent performance.

This is the way to go if you want cheap! I run about 5 vms off of a storage spaces setup all running random SATA II refurb hard drives. The nice thing is you can add drives as you go, and remove them if they die (as long as you have enough free space and you are setup in parity mode) . You can also mix controllers. So you can run drives from the add-on card and directly from your MOBO connectors. RAID 5 fails far more often than people anticipate. If you are accessing these file via WiFi or just one or two people at a time via gigabit connections the read/write speeds should be quite tolerable.

Hm, I wasn't aware of Microsoft ReFS. I'll have to look more into this. Thanks for the suggestion!