which is the better deal? 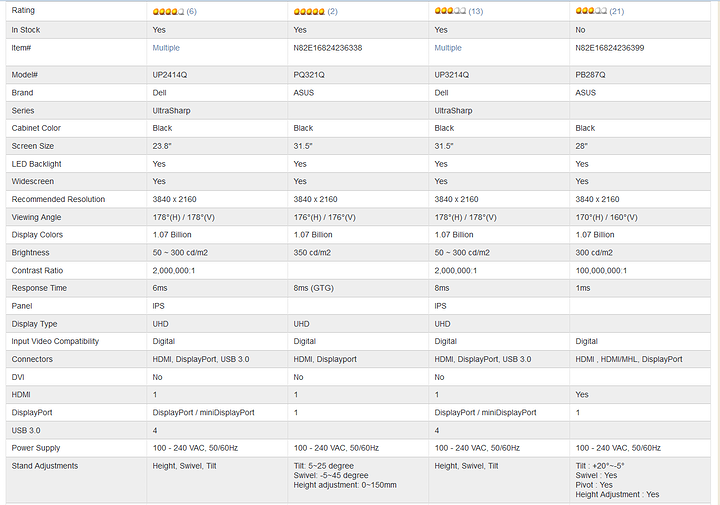 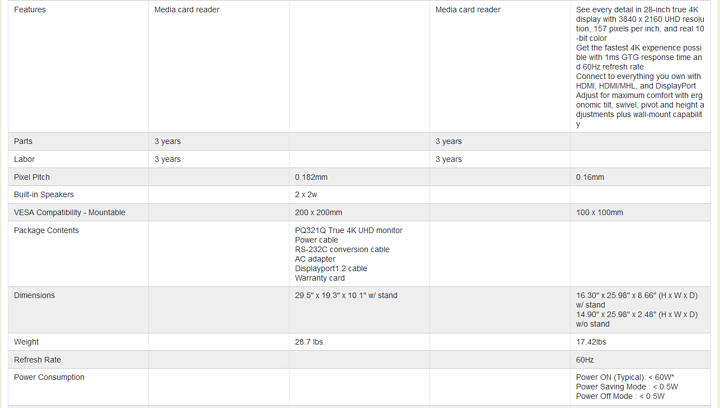 Personally I've been thinking about the Asus  pb287q. I've not seen anything bad about it yet..... yet... but I've not really seen anyone (that I pay attention to) do a review of it. It seams better than most 4k monitors... and cheaper?? That seams to raise some red flags. If I remember right i think its a Tn panel, but if everything else is as they say it is, I can look past it being a Tn panel. It seams to be cherry among a sea of vile rotten squash. Otherwise it looks to be the best price / performance ratio at the moment.

28" is fine for me but really a personal thing

Go with the Dell UP2414Q.  It has okay response time for IPS and all the reviews online are good.  I feel that it is worth the extra money considering you wont have to buy another monitor for probably a decade and I personally cant stand TN Panels.  You may be fine with a TN but if it was me I would go with the Dell.  This one wont be massive on a desk either due to it's smaller size.  Just imagine that PPI.

Are there any LG ips 4K monitors availeble yet? if so, i would say look at those.

The only LG ones I see are TV's and I assume he doesn't want a 70 inch TV on a desk.  Monitor wise LG has focused on 21:9 monitors such as the one Linus always is taking about that he loves right now.

yeah i saw that LG does not broaght out a 4K AH ips monitor yet.

i would just wait a couple of months, till there are more 4K panels hitting the market.

I agree.  best to wait

is it worth getting a 4k TV instead of a monitor or would the refresh rates be too low?

4K IS NOT WORTH IT YET!  Stay away until the tech actually becomes worth using.  Low cost substitutes are cutting massive corners where they are reducing refresh rates to 30hz, Lowering color depth, contrast ratio, response time, and even connection quality.

Look at the video that Logan posted...Dell is quite a reputable name in the display market and they made a dud of a monitor with 4k, imagine the rest of the competition.  i would just say go for one of the Korean monitors or the ASUS PB278Q.  Those seem to be the best monitors to get, considering 4k, it has brought the cost down as well to the 1440p monitors.  1440P is officially worth it now compared to even a year or two ago, especially considering how versatile they are and how well they can overclock.

there's also this samsung one...