I just ordered parts for a new system. Finally! Been holding out on my poor old 8700K+GTX1080 until graphics cards weren’t ridiculously over-priced and that day is finally here.

Does anyone have any suggestions on what might be an optimal card for this use case? I’d aim towards cheap & low-power. I think the 2nd PCIe x16 slot might only support x4 electrical on this mobo (MSI MAG Z690 TOMAHAWK DDR4) so yeah aiming low here.

Or is there some alternative config that might work better?

If you never plan to pass it through to anything, then it should be fine, though frankly PCIe slots have a cost, and those low end cards can’t fucking pay rent. They lack important encoders/decoders

I am using this: 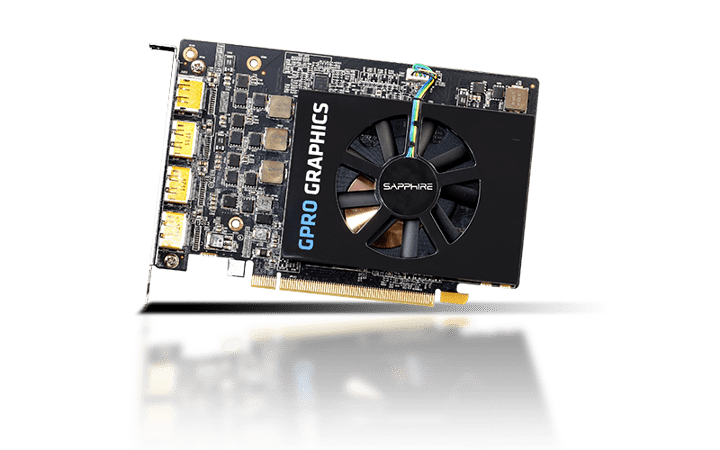 it’s a mobile chip in a 1 slot pci3.0x8 card (not x4, sorry) with 4 DP1.3 outputs.
Being Polaris it does not suffer from the reset bug and it draws 80W peak so it doesn’t require an additional power cable.
I have been using it for about a year now passed through an OSX VM without any issue, but I do not own a [email protected] display, so can’t vouch for that

Thanks for the feedback, I’ll check the suggestions closer.

It sucks that Intel / motherboard manufacturers added HDMI 2.1 but not support for [email protected] Why?!! I’d think this would be a common need for many setups that don’t need an external GPU. Media centers, basic productivity setups, etc. 4K 120Hz monitors are likely going to be the baseline standard going forward into the next decade. Makes no sense to go the last mile to me. Maybe a cheap & low-power GPU that serves this need might do well.

To me, passthru-gpu-windows (and LookingGlass) can’t break out of it’s niche until it works well on baseline commodity hardware without esoteric software hacks and installing extra hardware. I could see a future with a linux distro that specifically targets gaming/windows app support (like SteamOS) that makes the software configuration of LookingGlass turn-key for the masses who won’t or can’t do the necessary setup work. But it needs hardware that works out of the box. Ideally would come from an ODM like Dell / Pop / Valve. It’s so close. Sigh.

I’d like to buy a GPU for the same reason as you OP and I’m agreed 100%, it’s very annoying. Like @Log says, the low end 6000 series are just so bad that I don’t even want to buy them. The 6600 is basically what I consider minimally acceptable functionality but the price is bad.

I was excited about the 6400 for this application (PCI power only seems good) before it became clear they lack so many features.

It’s kind of a terrible market for the time being.

A rx5500xt should work for you also i think. And the 4gb version is not being poached by miners.

That being said, it doesn’t look great. Narrow vertical lines in things like text is a bit rainbow-blurred if I look closely.

The interesting part is that there’s a 100Hz refresh rate available. It works great and looks perfect even using a magnifying glass.

This might be a reasonable compromise, just input-switch the monitor direct to the GPU when looking for a full 4K/120 HDR experience. Which is rare for my case, especially if 100Hz works out.

UPDATE: Might have spoken too soon… at 100Hz some (most) apps display perfect, others (like virt-manager) display rainbow-effect. Am reverting to 60Hz for now and will revisit later. Anyone know why this might be happening? This new machine is currently running KDE on X11 if that matters.