Best hard drive for back up

Just to give some of my experiences with HDDs on this: Till now unless the HDDs failed outright (Headcrash, motor not spinning, PCB dead etc.) I never had an HDD experience bit rot or anything else of those sorts, for now about 10+ years.
DVDs, Blu-Rays (Never tried M-Discs) are a little more prone to be damaged from bad storage environment and also the data layer seems to just get damaged after 4+ years, and partially non-readable.
If you want an HDD for backup try to use the top of line ones from WD (Gold) , HGST (Still called Ultrastar or something) or Seagate (Ironwolf) (All just an example).
Still have a 2TB HDD from Samsung, when they still actually made them themself, that still works and holds the data I put on it since the beginning, it’s about 7 or so years old now. And some others that are about the same age.

Not to be a total dick, but may I ask what checksum software you used to detect disc rot?
Typically there may be very few bits flipped, out of thousands of files, it’s impracticable to tell by manually checking files, as most files that have slightly rotted are still viable- like a small graphical glitch .
But I think you are right in general- drives unused don’t massively fail, and should generally be okay, as long as the data is stored redundantly, with some error checking to correct for rot.

I actually haven’t considered using checksums for that, as all files are videos, maybe I’ll need to binge watch them to check :).
From what I gathered about bit rot is that in almost all cases the files aren’t even visible to the system anymore, then I may be wrong in my thinking about it. I’ll take the checksums of the files in the next days and check at the end of the year again.
I’ll check them against some that are saved on other locations in the next few days.

Just to add an additional option:
If you need to perform large backups like this on a regular basis, you may want to go with Physical Tape. The tape drive itself is expensive, but the tapes are fairly cheap, and they last for decades (they are designed to last 15-30 years). LTO5 is currently 3 generations behind the bleeding edge, so the price is the best for age and storage capacity. Beyond LTO5, the tapes and drives become more expensive because the supply is dwindling for anyone needing to support older tapes.
The costs involved:
LTO5 Tape Drive = ~$900
LTO5 Tape (1.5TB raw capacity, 3TB compressed) = ~$20
SAS card for your computer to interface with the tape drive (LSI 9200-8e) = $90
SAS Cable (6Gb, 1 meter) = $40

So assuming your first 7TB backup had horrible compression (on the safe side) and needed 4 tapes, the first backup would cost about $1110. Subsequent 7TB backups would cost $80 each, assuming you want to keep all the data, always.

still haven’t done anything yet. I am thinking about buying a 10TB still. But I do have a tape drive I took off of a dell poweredge 2800 server(tape drive model # CD72LWH). what do you all think I should do? The data isn’t really important but would like to have it for the future. It will be cold storage once it is backed up. I have about 8-9tb to back up. 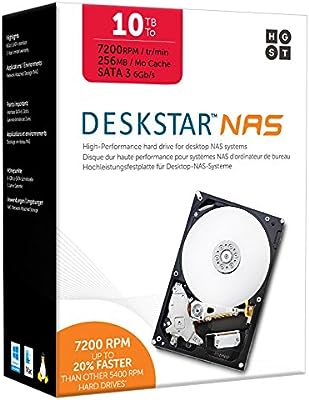 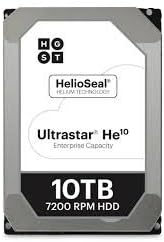 Don’t use that tape drive. DAT 72 with LVD SCSI would be so slow, and you’d have so many tapes, it’s not even funny.

If you don’t want to get an LTO tape drive as suggested above, be prepared to buy two of the drive you’re buying so you can at minimum have a RAID 1.

One would suffice for now, but you simply can’t trust a single hard drive to hold data without issue permanently. Also be prepared to replace the drives every 5 years. You could stagger this to buying a new drive every 2.5yrs.

Point being that tape drives seem pricey, but they are significantly cheaper in the long run. Most tape drives easily last 50k+ hrs of use time. I just recently encountered a library that needed a robot arm repair after 20 years of use. The tape drives were still fine, even though they are old enough they should be replaced by faster tape drives.

Not pushing, I just think that more people would choose tapes for backup if they knew more, so I try to share.

i completely understand. i am mostly looking at cost and ease of backing up. like i said the data isnt really important. So even if i back up the data and take the drive out of the pc and leave it sitting it will still not last that long?