Best bang for the buck?

Alright, l have been comparing numbers for the Nvidia GeForce GTX 650 Ti Boost and the Radeon HD 7850.

I want to to know- Which one is better for the money? Both are priced at $150, so I'm having trouble deciding!

Alright then, what's the best Nvidia GPU for the money? 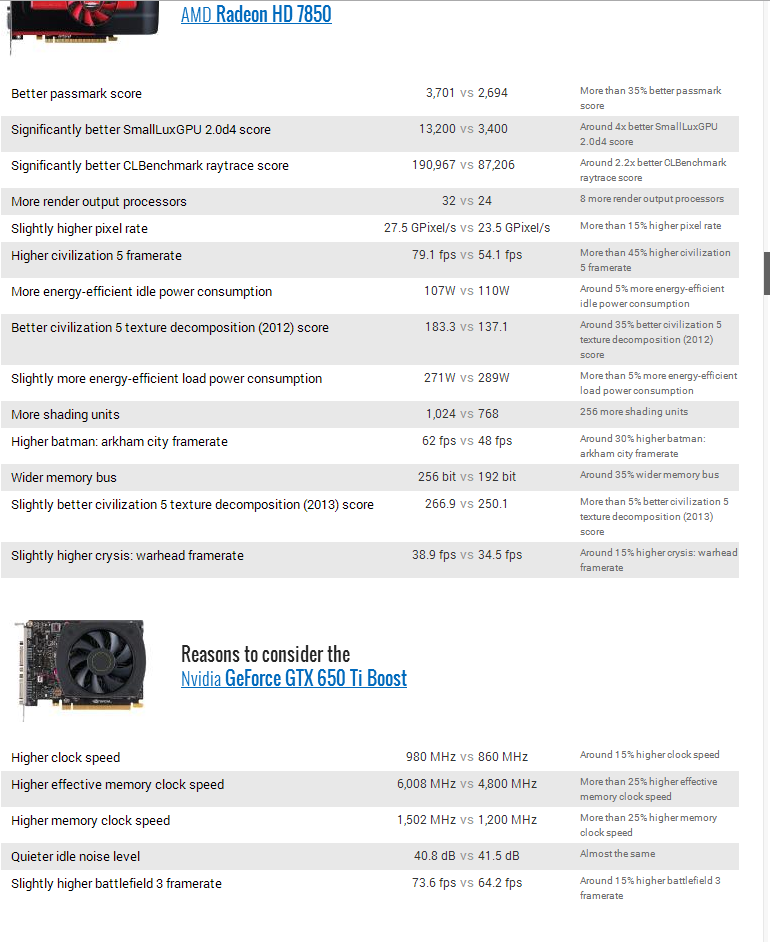