Ryzen bench brought out the urge so I thought I would put current pc through its paces...

Thought I would run passmark, its had an update and it now contains a dx12 test as well as a opencl test, both additions show amd in a stronger light I think. 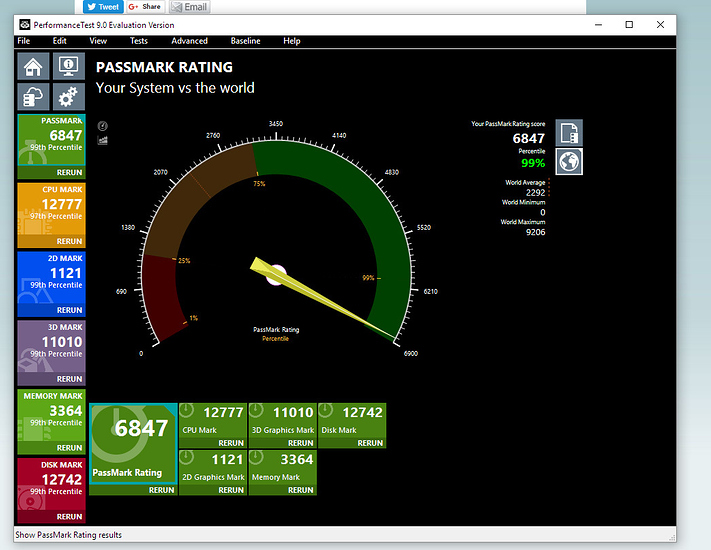 that is from a ahci m.2 plugged into pcie x4 3.0... craaaazy speeds, but guessing that an nvme one would trounce mine :D

download, give it a go and add your score here

spec of pc is

I would say the thing dragging you down is the disk score, everything else is fairly decent

This is my rig I built it best part of five years ago. The GPU has been swapped out last year for a 980 Ti as one of the pair of 7970's died. Extra SSD was added a couple of months ago. 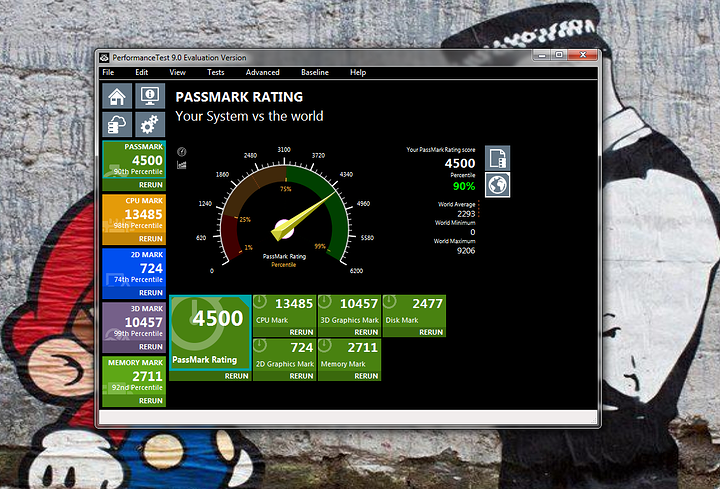 The old girl is still going strong and fingers crossed she has a few more years in her as money is a bit tight. This was my first Intel build having been a die hard AMD guy for so many years. The Wife is using the Bulldozer FX8150 that tipped me over the edge to get Intel five years ago.

Your 3d benchmark pretty much confirms what I thought

I think you are right, when I was running the pair of 7970's in crossfire they may have out performed the single 980 Ti I have now. In the real world playing games and such the 980 Ti is a fair bit better. Synthetic benchmarks have their uses but they are not the be all and end all of performance metrics. ASUS had a nice general benchmark, it's been a while since I have looked at it but it does attempts "real world" tests.

my rig did pretty good: 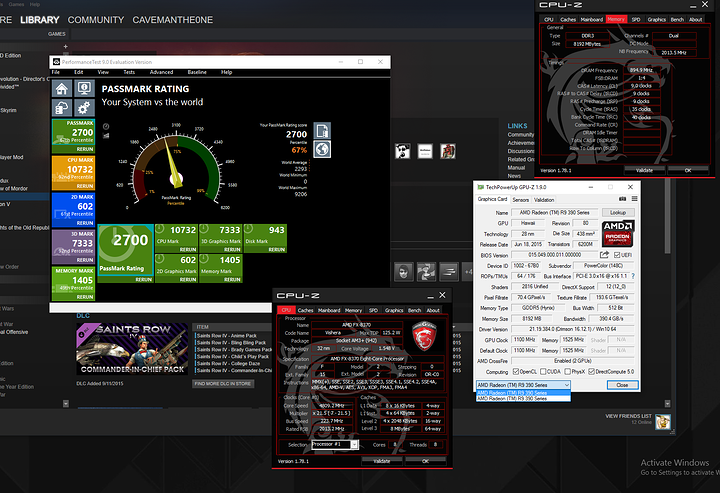 Here you go the results from the ASUS benchmark 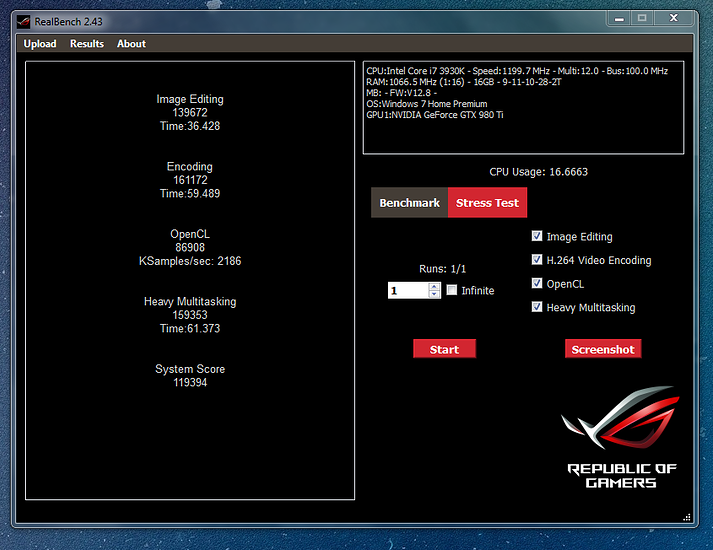 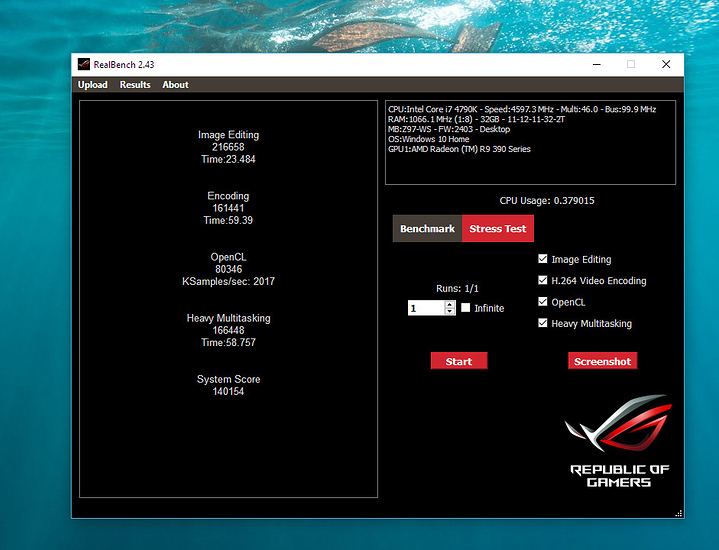 this is clocked at 4.6ghz

I would have honestly thought your heavy multitasking to beat mine... you know, considering you have MOAR CORES!

My CPU is getting real old now and it's not clocked as high.