who else listens to these guys?
they are fucking awesome
there satanic but i dont give a shit they are really good.
is it wired that a christian listens to a satanic band? i dont think so.

can you say it again plz ;)

I'm sure 90% of this forum listens to behemoth.

lol Im still new to metal
I only started listing to metal when i joined the forum I am still exploring metal and seeing what I like and what I do not like.
I bought a few albums already and I think its really worth it.
From all the metal I listend to My favorite would be Death Metal second would be melodic then black metal some deathcore kinda and doom metal

what do you think is behemoths best album? 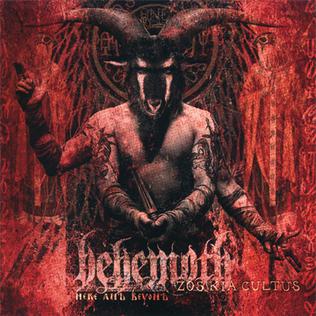 Here and Beyond is handsome, also I really like And The Forests Dreams Eternally, really good albums.

EDIT: BTW Twitch that new 1349 album is great. Thanks

Since you're finally getting into the more extreme side, time for you to listen to some Morbid Angel.

...It's my personal opinion but I think they are the greatest death metal band to ever play on this planet.

I have shown him some Morbid Angel on steam a while ago...was showing him the pioneers of Death Metal :P I don't know if he got into them tho.

Lol I've always loved Morbid Angel. They were the first metal band that I listened to when I was like 5.

I also like a lot of Death (the band)

what else should I listen to?

thanks for all this BTW

Lol okay one with Vocals.

some may call it racist but really IMO its not becuase it is the truth and this really happened. It is controversial but its true...
They are a good band Just the lyrics are touchy not that it bothers me at all I really Really like them

good band is good I love the vocals

carnifex is also pretty brutal something that sounds similar i guess

...when you really start getting into metal every thing sounds very similar to the untrained ear it all sounds like screaming but it really isnt ;)