2 minutes. I will tailor something.

Could get that? It's a tad over £800. You could buy all the parts now, excluding the GPU. The iGPU on the CPU is good for games that aren't too demanding. Purchase the GPU and SSD and in the following month, maybe?

For the price, it is hard to pass up. 120GB is enough for the operating system and one or two choice games. Of course, you will want to store most of your games on a HDD. Larger games, or games with mods, multiplayer games with long reload times would really benefit from an SSD. If you can afford a 256GB and stick a greater number of games on it, you won't regret it.

You can see that the R9 290 is noticeably better. Well worth the extra money.

The middle section on the right: 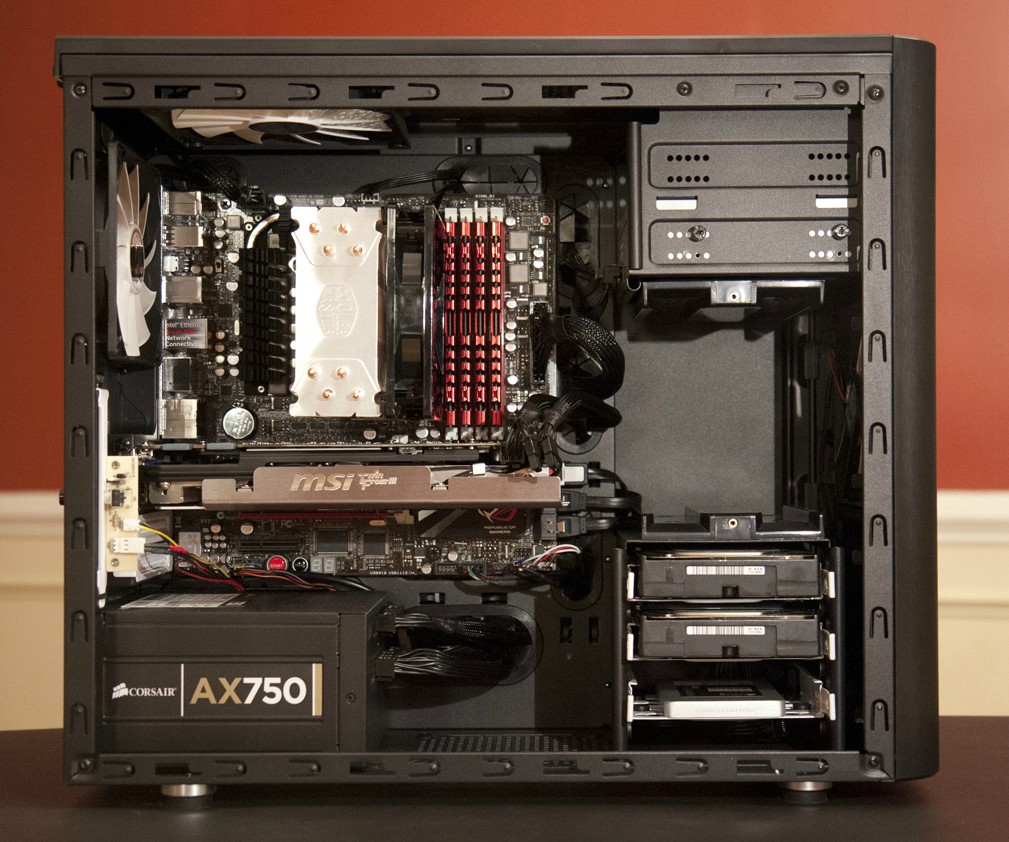 Alright then buddy im going to start ordering everything if you can recommend me a better dds then please tell me which one to get as I will have no problem buying it next month. Also can I add you on steam or skype or something so I can keep in contact a little easier?

Well, I endorse the 256GB Samsung 840 Pro. I think it ticks all the boxes. However, it is a lot of cash, and it won't be noticeably faster than most other SSDs. But it is certainly one of the fastest SSDs on the market.

I got it because it uses MLC Nand flash, good controller. In short, there's nothing "bad" about it. Other than the cost. Good longevity.

For £90 on the new Corsair, I certainly wouldn't complain. Very very cost effective, very quick, should have good longevity as it uses MLC, and at a very good price. I think the 840 Pro is probably twice the price for the same capacity, and only slightly faster speeds. So it's up to you. There's other SSDs to consider.

Okay man well I added you my username is zazupure I need to go tow work now but i will message you sooner or later letting you know how everything is going! Once again thankyou for all the help.