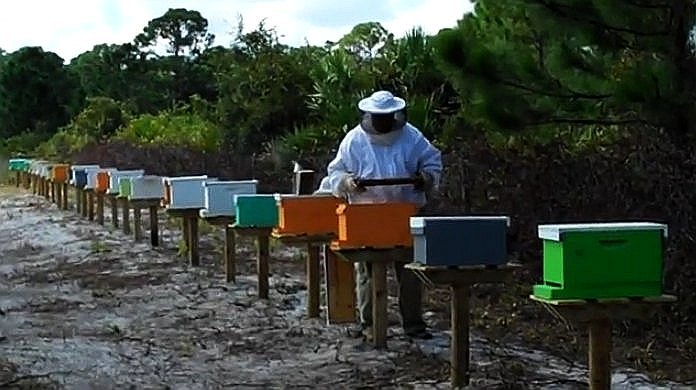 One thing that I set out to do with the Bee Syndicate blog was to write about my experiences in beekeeping. This is something that I haven't exactly been able to do a lot of since starting the blog This has largely been due to the fact that I haven't had any bees of my own. I have been largely limited to On-line and Off-line research, attending Lectures, and watching documentaries with the occasional getting down with O.P. Bees. Some of that information I have shared with all of you here on the Bee Syndicate blog. So in a way I have been sharing my experience in beekeeping with you it's been an education and a lot of reading “So, HA!” I tricked you you have been learning stuff this entire time haven't you? I knew it.. You were, That’s good because I will need to know all of this stuff before having hives of my own to be responsible for, and you will be well served to have a good understanding of the purpose of things and going ons of the bee world. You may be saying to yourself right now “I think this bee thing is cool but why do I need to know that propolis can be used to make a varnish for very fine violins?” I will answer you my friend the way your 7th grade algebra teacher would have answered you had they not valued there employment. I don’t know but one day you will [email protected]*%&^! thank me for teaching you this crap. For some of you that day of vindication may have come for your grade school math teacher but the rest of us will just keep on waiting to solve for X. I and assume you as well are also waiting for the day when I can stop simply rambling on about various aspects of various bees and talk about beekeeping and share the experience with you. Some of the Bee Syndicate posts so far have been more of an algebra class than a story about the stuff that went down this weekend. While the bee facts are cool some of the posts I admit lack the feeling that I want the blog to have. That fun shared experience. I promise that there is about to be a lot more of that after the bees arrive. “What day are the bees going to arrive?” You may ask. Well that day was supposed to be today. 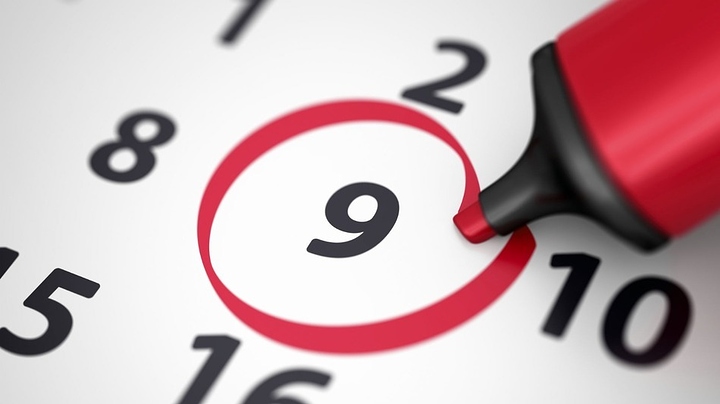 Like a kid waiting for christmas or a birthday I was counting down the days that only grew longer and longer as Bee-Day approached. The last two weeks have been the worst. I have been constantly checking my email for a message from the bee supplier to tell me exactly where and when I could pick up my bees fresh from Florida. I knew the township the bees would arrive in and I knew the day April 9th but the address and time had never been communicated to me or anyone else for that matter. Im sure there is some sort of logistical reason for waiting till the last minute to let everyone know the details. I suppose maybe the supplier isn't even sure himself until a few days in advance. 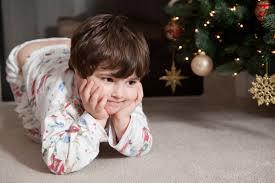 Then I got it. An email blast to all of us beekeepers and aspiring apiarists. It was like an invitation to a Mellifera themed flash mob. Put on your veils and get ready to dance people It's hive time we had a little fun. Its finally happening I thought in just 3 days the bees will be here and there is no turning back. “Am I ready? “I think I’m ready” I know there is still a lot I don’t know, but it’s time to dive in and learn hands on, as I go. “Hell yea I’m ready ” Oh wait the delivery day was changed to April 10th. Another long day of waiting.

I wasn't the only one excited for that arrival of the bees. Earlier in the I was cleaning out my basement and when I opened the curtain to the window that my Langstroth hive boxes sit in front of and say something had been taped to the window some sort of sign or note. I have to admit at first I half expected to see an angry message from someone or from the township code enforcement. But no it was a sign that read “Welcome Bees” with no explanation or clue of who posted it. ( My neighbors are awesome! ) 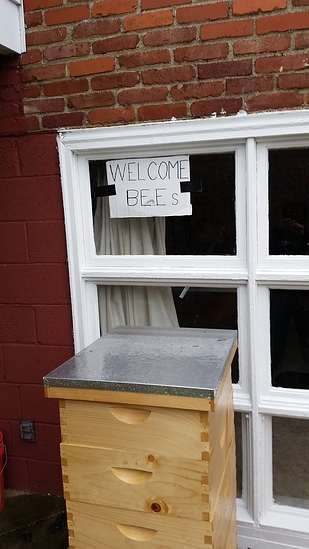 The next day I was psyched and ready to get my bees but then something happened. I can't say that I was entirely surprised. I mean I looked at the available data I saw the predictions I knew what they meant. Then I got the email confirming what I had feared that Al Gore lied to me. 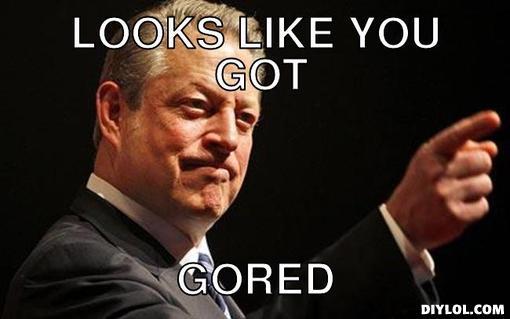 Gore didn't just lie to me he lied to everyone and he lied to my bees. That guy promised us Global Warming and what did we get instead? “Climate Change” What sort of crap is that. We were told that the globe was going to get hotter that the summer season would extend and it would rain less. In Pittsburgh where we can boast about 53 sunny days a year that isn't exactly that bad sounding. Plus with more than half of us living up on hills rising water levels seems like little more than more waterfront property in a real estate market that is historically undervalued this didn’t seem like a completely raw deal and he had my buy in. Only he later changed his tune to climate change no now instead of it being 85 on Bee-Day its 25 and snowing. “Seriously?” It was 77 on Easter that was just like 2 weeks ago. I had been watching the weather reports and knew that cold was predicted for the week of Bee-Day for the last two weeks but I kept hoping they would change the forecast as they often do around here but alas It seems that the forecasters had it right this time. 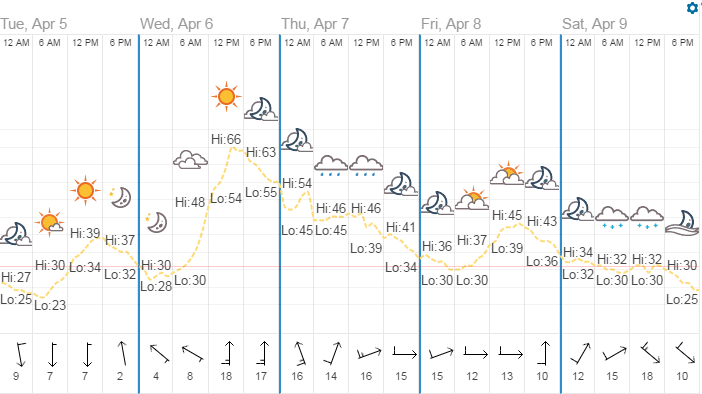 Clearly, I am completely justified in my anger toward Mr. Gore. “It is what it is” as they say. Fortunately, I had purchased Nucleus colonies of bees rather than packages of bees. This meant that I could leave my bees in the nukes and they could hold cluster and not have to be re-hived right away. They could make it a few days in the nucs and wait for the weather to warm up. They could not wait too long as the resources in the nucs altho available would not hold out long. So yesterday I got another email Bee-Day was to be delayed another week. What a disappointment I haven't felt that let down in years. I knew it was far better for the bees to stay in sunny Florida for another week and what disappointed I was feeling was nothing compared to how I would have felt if my bees only survived for a few days. Still it sucked. 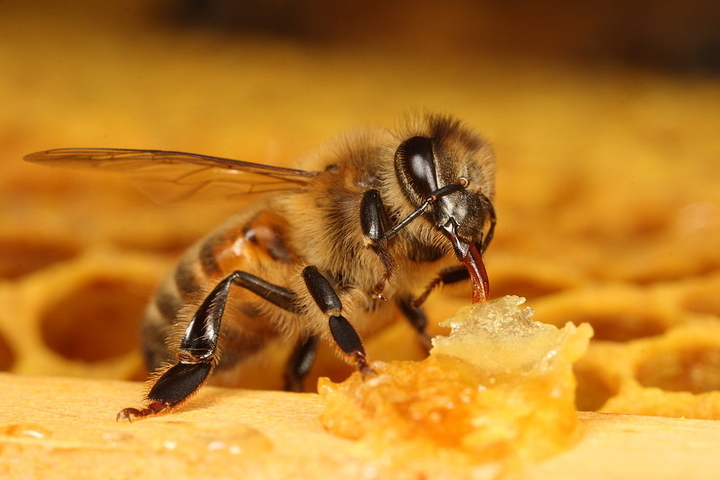 I wasn't the only one disappointed I answered several texts and phone calls from friends family and neighbors asking how the bees are only to tell them about the delay and explain why it is better this way. Although we are disappointed now It should only make The New Bee-Day all the more exciting. 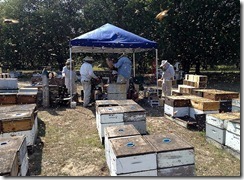 bee day is almost here (again) I'm going to go buy about 8 lbs of sugar and make some syrup.

My wife and I planted our garden (squash, zucchini, strawberries, tomatoes, corn) and I was thinking about putting up a bee hive. We need more bees. They'd love to pollinate my stuff and I'd like to have more bees.

I'll take a look at your posts. I'm not very interested in the honey aspect of it, I just think bees are beat.

Sounds great @HelloMrOwl ! Planting a vegetable garden is what eventually brought me to beekeeping. The Honey bees are going to love the squash, zucchini, & strawberries they will get at the tomatoes but the bumble bees will have better luck with them. Corn is wind pollinated so they wont care about that so much but hey it will be NOMs for you. Just make sure you plant more than one or two stalks of corn because they are not self pollinating (Meaning that pollen from the same plant wont work) but you don't have to keep honey bees. You could keep bumble bees or mason bees.