Her Majesty the Queen
She is Sort of a Royal Slut.

As I’m sure you know the queen is a crucial part of any honey bee hive. She has an interesting life cycle from the time she is a member of the Brood all the way until she advocates the throne. She has three main duties as queen as well as several other lesser royal duties. The primary responsibilities of her position are to maintain dominance, breed and, lay eggs. 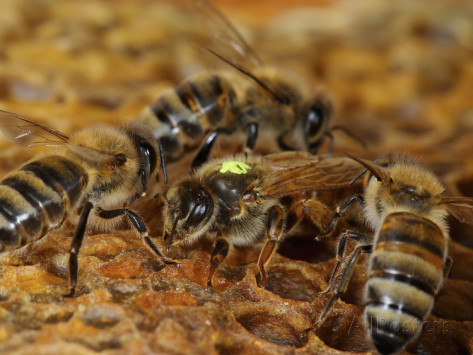 When the worker bees decide to rear a new queen ( the decision to do this is up to the workers not the sitting queen.) Preparations begin by constructing a larger brood cell that will be required for the development of her larger body. (The queen's abdomen is extended compared to worker bees. This is due to her developed reproductive organs, and this would be how you can identify her in a hive.) The special chambers are called queen cells. ( they are often described as looking like a peanut. ) Along with the fertilized egg the queen cell will be loaded with copious amounts of royal jelly prior to sealing the cell. It is the extra nutrients in the generous portion of royal jelly that allow the queen to fully develop her reproductive organs. If not for the royal jelly the fertilized egg would simply develop into a worker bee. The queen and worker bee eggs are exactly the same it is solely this feeding that makes the difference. 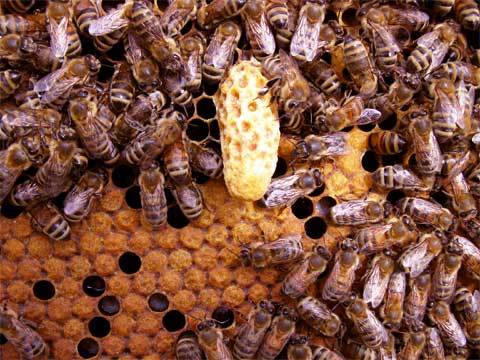 Once emerged from her queen cell the new virgin queen will roam the hive while making a noise commonly called piping. She does this to alert a sitting queen ( if there is one ) of her presence. If the virgin queen finds a mated queen the two will fight to the death winner take all. A sure fire way to win or maintain dominance. A sitting mated queen may also kill a virgin queen in a queen cell before emergence to maintain her dominance.

Shortly after a virgin queen has established dominance, and after she has reached sexual maturity ( after about 20 days from the time her egg was laid ) The new virgin queen will take her nuptial flight. This flight usually lasts for 1-2 days. The virgin queen will fly to a drone congregation area where drones ( preferably but not necessarily from other hives ) hang out. During her nuptial flight she will mate usually with 10 - 15 but sometimes up to 30 drones. So she is sort of a royal slut. Considering however how many children she will have in her lifetime i guess it isn't as slutty as it seems, Also considering that this will be the only time she ever gets to mate she has got to get it while the gettin's good. Once she is loaded down with all the bee sperm she will ever need she returns to the hive to get down to business on her other main obligations.

Now a mated queen she will spend the majority of the rest of her life laying eggs in the nest. A queen can lay 1,500 eggs in a single day and she is able to chose the gender of the new bee by selectively fertilizing the eggs.

While in the hive the queen maintains her dominance and the overall function of the hive by emitting pheromones. over time or if injured her pheromone output decreases signaling it might be time for a new queen to be reared.

The queen will also lead 20% -50% of the hive when certain conditions exist to find a new home and found a daughter colony (this is called swarming & definitely will be covered in more detail in another post.) 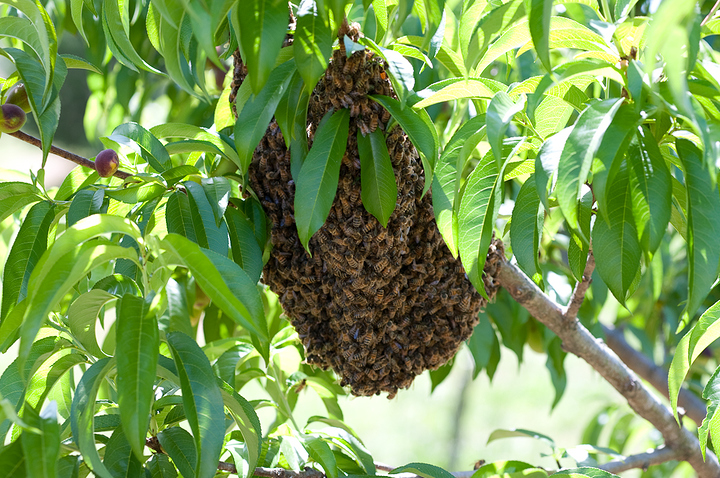 Queens live substantially longer than the rest of the bees in the hive. Queens usually live for about 5 years while workers and drones live for a couple of weeks in the summer and a few months in the winter.

Queens usually live for about 5 years

Wow, I didn't realize how long they would live, I was expecting maybe 6-8 months.

@Ethereal In a healthy hive yes. She only leaves the hive a few times over her life span. Leaving the hive is just about the hardest thing a bee endures in its life. that's why this is the last job a worker bee will take on in its life cycle before it dies. It also doesn't hurt that all of her needs are taken care of by her attendants.

i didn't know that she leaves the hive

Yep, Its not often but the queen leaves the hive to mate one time after she has established dominance in a hive and has become sexually mature. She will also leave the hive if the colony divides swarms to create a new colony. At that time they are looking for a new place to live. She will also leave if they need to find a new home for another reason but that's it. The entirety of the rest of her life is spent in the hive.