This week I went apple picking. It is something that I get to do most years at this time in the early fall. It’s a fun thing to do if you have the means to do it the place that I go is a functioning working farm that has a shop on the grounds where you can buy produce grown there. You can pay a nominal fee and they will give you a bag that you can fill with apples out in the orchard. They do the same thing for other things when they are in season like strawberries, peaches, pumpkins and flowers. Probably other things too I know they grow a lot of tomatoes but I’m unsure if you can go out and pick your own. This year I was going with a second purpose in mind. To go NSA style and spy on some bees and see what they are up to in there day to day lives on the farm. 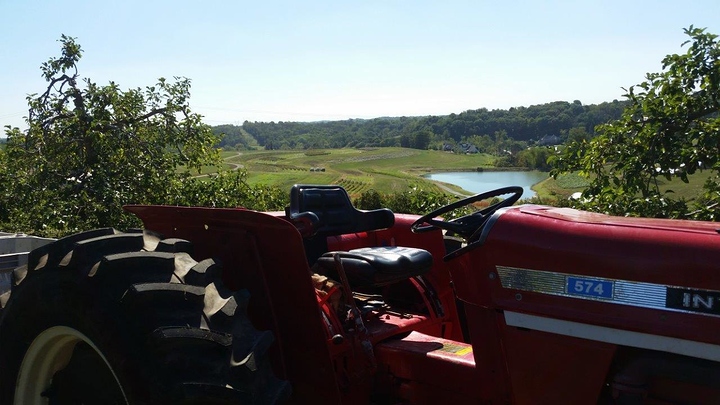 After entering the apple orchard I fully expected to see some of my little buzzing friends hanging out under the apple trees sipping on some of the rotting apples that pile up under the trees. So I picked a nice sized golden delicious and proceeded to chomp on it as I peeked under a few trees…. Hmm no one a few more trees a couple of wasps but no bees. Then It hit me “ Its not August any more and summer is over I was momentarily sad that the summer had slipped by so fast. Then I got happy for fall and all the great things that come with it, and happy for the bees because we are out of the summer nectar dearth and into the fall nectar flow. “What is the fall nectar dearth, and what is nectar flow? Well I’m glad you asked. What’s that you didn’t ask well I don’t give a shit I’m going to tell you any way. 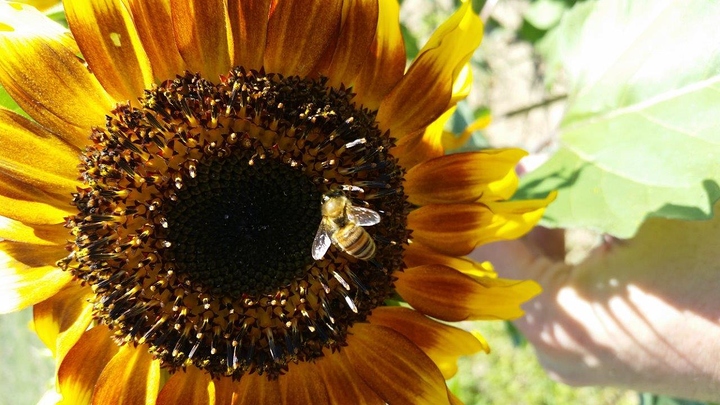 Bees work very hard all the time but one of the most important things bees do is forge for nectar. Not to demean any of the other jobs that bees do they are all important as highly specialized creatures nothing they do is without an important purpose. Finding food is top priority for almost every living animal on the planet so its up there on the importance list for bees too. Plus this job is important for our relationship with bees for many of us this is really the only way we know bees when we see them out buzzing from flower to flower just doing there thing and its when most people have a peaceful felling looking at a bee because they are where we feel they are supposed to be. Not like when one flies unexpectedly in the car and non bee people have thoughts that go some thing like “OH Shit Oh Shit. There is a bee in the car It is going to sting me and I’m going to lose control of the car and we are all going to die! Where is it its going to get me is it in my hair why did this bee decide to attack me on the interstate?”

Before we move on I want to clear a few things up for a few of the non bee people out there that may have similar thoughts to what was just described above and tell you why those thoughts are wrong to react like that. I want to tell you that your more likely to wreck the car just because your freaking out not because the bee might sting you. In fact the bee is most likely not going to sting you. Now while honey bees can and will sting you if you provoke them or threaten the hive it can actually be pretty hard to piss them off enough when you run into them in the wild and when you see a bee outside the hive not near the hive that when the bee is least likely to want to sting you. The bees that are out looking for nectar and pollen have only one thing on there mind GET FOOD (and when you see a bee out and away from a hive that is what its doing ) and don’t care what you are doing. Its true many times since I became educated about bees I have touched a bee on a flower its not hard I just stick my pointer finger out and slowly move it close to the bee and touch it and not once have they cared Iv never been stung doing this. I’m not saying that you should do this but hey I cant stop you. And the first few times you do it can be sort of a rush. The truth is that most people who have been stung by bees probably haven’t actually been stung by bees but rather by wasps that sort of look like bees. Please see info graphic below. 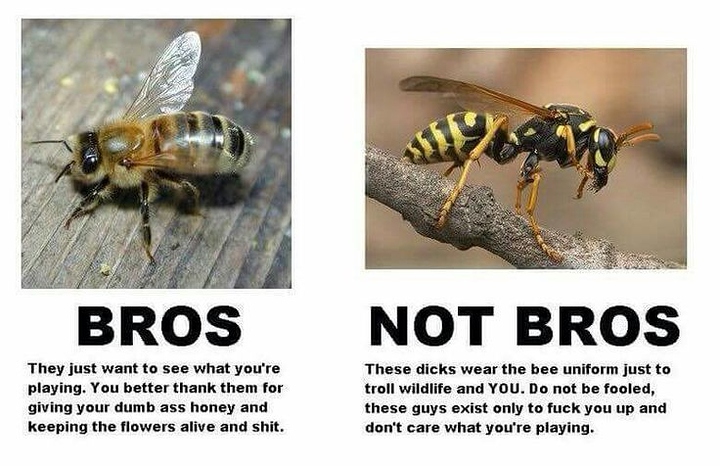 Now that that’s over lets talk about the nectar flow and the dearth. The nectar flow technically begins when the bees start foraging for food so usually after there have been a few days above 50 degrees F back to back. Bees are very good at doing what they do and always seem to be able to find what they are looking for. Maybe there isn’t a lot of it but they find it so technically the flow starts then when the nectar begins to flow into the hive. When Beekeepers say Nectar flow that refers to a time in the year when lots of plants are in bloom and nectar and pollen are in abundance for bees and these resources flow more quickly into the hive. A nectar dearth is when the availability of nectar from blooming flowers is lower for me and most places in the US “The Dearth” occurs in the height of summer after the height of the seasonal nectar flow tapers off from the highest availability of blooming flowers in may then tapers off. From the end of June trough July, and August into early September when things get hot a lot of plants stop flowering and in those months when green is the only color you see ( or lots of brown if its extra hot) there is less for bees to go after this is when you will see bees on rotting fruit or hanging out around outdoor garbage cans trying to get at anything sweet they can find. But bees aren’t dumb or lazy if there is enough nectar or pollen to be had they will go after that they don’t really want the leftover high fructuous at the bottom of your discarded big gulp. They want the good stuff. That why I wasn’t seeing any bees on the fallen fruit in the apple groves because they didn’t need those cheep sugars to keep producing honey. It’s late September and all the fall flowers are blooming and resources are flowing in again and will continue trough October this is called the fall nectar flow and the bees will be hard at work gathering nectar until its time to cluster for the winter and the flow officially stops. 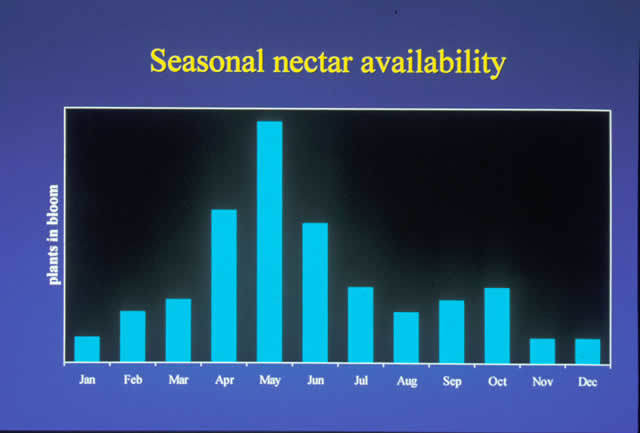 I just learned more about bees and honey than I had ever planned to in this lifetime.

Thanks, I hope you enjoyed it. I hope you read some of the other posts too!

Somehow I missed this post. Great read. I've been enjoying learning more about bees and honey from your threads!

Any plans to post more about the gathering process and what bees actually do with pollen, etc? I think most folks probably have a vague idea about some of this, but it would be cool to get more in depth and scientific about it. I need to check your master post - perhaps I missed some others.

I don't have a post about foraging specifically yet but it would be a good idea to go over all the "jobs" in detail and what they mean and what they do.

and the plot thickens! interesting stuff about the flows specially since i come from a place with no seasons to speak off (the tropics) i wonder how the flows are in those regions

Places like the tropics have seasons too. they just are not like how we think of seasons. in places like the tropics you tend to have a summer and a wet season. in the wet season it rains so much that the bees cant fly so they treat it like a winter only they cool the hive rather than cluster for warmth. in fact there in some places in the South American tropics Africanized honey bees (killer bees) are living in places that are so wet throughout the year they have given up there killer instinct. This (they think) is because time to collect food is so short the bees need the numbers to gather enough food to ride out the wet season.