I just agree on what he says really and I can't see a better place to share this video on.
P.S. there are a few nice tips to somewhat improve privacy on Windows in the video.

holy shit its on my pc

#uninstall all the things

Are these actually installed? And by that I mean physical folder location shows the files on your file system.? Wondering where these actually are and if it reflects the windows ui saying so.

And. Er.. yeah? So..?
I really hate all the Heres how to disable these things crap. Don't use the damn OS! Seriously what's wrong with people who use Microsoft OS' complain about privacy issues.... And then keep using it!?

Editing the registry.. using 'privacy' apps... Are you kidding me.

If you don't like it then don't use it. There are plenty of places that could make much better use of your money. Money that could go towards making features you want.

The only thing these videos promote is to show Microsoft that people won't leave and they can keep doing what they want.

Stallman was right (yet again) when he said something along the lines that a little bit in inconvenience is worth it to keep your privacy. And even then were talking temporary, move to a system that supports your privacy and rights, help them fix any bugs that are problems for you, suggest features that you need or want, donate the money you would have spent on windows to a registered non profit organisation for the software your using so they can actually make the features you want.

You've all got no excuse.

If you don't like it then don't use it.

Okay, as someone who doesn't even use Windows 10, I'll just accept that hundreds of millions of people around the world who don't know any better are being taken advantage of by a diabolical corporation. That's perfectly fine.

It's our job to spread the word.

Not my problem, I don't use Windows(other than legacy machines), and I encourage others to do so. Microsoft won't change, unless something dramatic happens(like a tanking userbase), so the only response I expect from them is "LOL".

I have to give @Hyp0xia credit on what he said. There are people that don't know any alternative so they stick to what they know. Also, @Eden, to be completly honest, would you ever install Linux on a someone's that's not really into tech (like and older relative)? I'm just making an example how things are not usually black or white, but there are infinte shades in between. I won't go over on some of the common reasons why people don't switch because I'm sure you know those as well as I do.
Final thought: I think we have the right, as users, to complain about the sofware we decided to use if doesen't meet the standards we expect it to meet.

P.S. my father has been tinkering with an RPi for a couple months and I'm still telling him over and over and over again the same basic things about the command line (basically how to use nano and some other basic things) so I know how much of a pain a switch might be.

mmm were have i seen this rant before :) The whole using a third party software to stop windows spying has me a little uneasy. Man, that is alot of single edits and ect.......... Plus, He is a little late to the party :) That software is not enough. Watch your firewall.

I think we have the right, as users, to complain about the sofware we decided to use if doesen't meet the standards we expect it to meet.

This exactly. I don't want to get into politics, but it's no different, in my opinion, than living in a country and being upset about the political situation there. Should I have to relocate to another country or do I have the right to voice an opinion about issues, whether they affect me directly or not? I don't think it should be any different with software.

I have Linux installed on a couple of computers used by older people. So yea, I totally would do that. And it's quite successful.

My comment of no excuse is generally geared towards people here, who do know better. Yes there's many people who don't, and who don't know there are alternatives or that they have options, but we do, and we don't have an excuse.

I also think it's partly our responsibility to help those people if they do have problems or don't know what their computers are doing so they can make responsible decisions on their privacy.

@Hyp0xia it's completely different. Software is not a democracy, you are bound by the rights or lack there of that the software company decides to give you and your only other protections are any made by the government of your country which tend to be few in regard to the actual use of software.

Voicing your opinion is fine but ultimately you have no rights except for those given to you by the software, you can't just vote for a new leader to change software. You vote with your money.

Funny enough your suggestion that it should be no different with software actually does work... if it's open libre software.

Telling them to change something you don't like is pretty effective if it spreads like wildfire on social media. At that point MS will have to do something because its a PR nightmare and they know if they do it again they are in trouble. I'd love to see MS faceplant and not give a crap and see their user base plummet, but I think they are a little smarter than that (least I'd hope so).

Gotta keep them in check is all I'm saying.

Unfortunately the majority of people will remain in the dark. Even those who have a basic understanding don't seem to be worried enough to do anything.

But for the people who truly care about there privacy and use wish to use windows 10, deciding what to do comes down to a simple question. Is tweaking/patching/regediting my install easier than installing a fresh os (such as a linux distribution). Unfortunately a lot of people are worried about this leap and having never ventured down the Linux route before, they seem to rely upon assumptions of difficulty. Mix this in with some light Stockholm syndrome and you start to see why so many use these quick fixes and tweaking guides sadly.

(Why does this read back as almost rant like in my head, didn't mean to write it like that lol)

I really hate all the here's how to disable these things crap. Don't use the damn OS!

Seriously what's wrong with people who use Microsoft OS' complain about privacy issues.... And then keep using it!?

People are migrating to Windows 7... Unawares that it's going to be less and less supported. Its a shame

That software is not enough. Watch your firewall.

If you thinks people can't transition OS, making Firewall exceptions is a dark alley. It's a shame people can't separate from Office and Adobe. I would recommend people run VM's but again, some people are just not interested.

At that point MS will have to do something because its a PR nightmare and they know if they do it again they are in trouble.

People are migrating to Windows 7... Unawares that it's going to be less and less supported. Its a shame

I, for one, would rather run an unsupported OS than one where the updates contain malicious code. You trust Microsoft to provide you with things like security patches and instead they compromise the security of your system by injecting third-party code without your permission. I run a combination of Linux and Windows 7. The difference is I don't install any updates newer than July of last year because Microsoft seems all to keen to retrofit Windows 7 with telemetry as well.

I, for one, would rather run an unsupported OS than one where the updates contain malicious code.

...The difference is I don't install any updates newer than July of last
year because Microsoft seems all to keen to retrofit Windows 7 with
telemetry as well.

I, like you in some sort of fashion, do not update my Windows 7 install. But I run it in a VM and only go there for Cinema 4D, Adobe CS6 and BF4/Warframe

Think that APP hassle is tied to Store because I have removed Store any don't have any weird APP's.

Still its fucking annoying how the uninstall buttons are grayed out including for Store itself, and last time I did update Win10 build I didn't bother to check whats in there because it forces so much shit and I just hit the ultimate purge button.

Atm there seems to be Connect, Edge, Upgrade Assistant leftovers, but I haven't felt like Googling how to purge them. 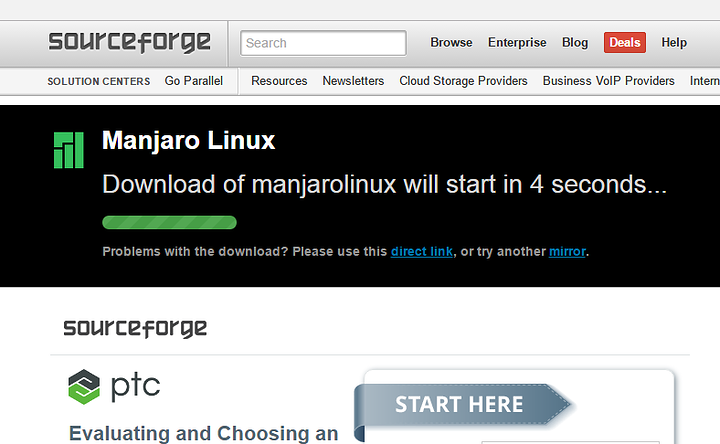 Also, @Eden, to be completly honest, would you ever install Linux on a someone's that's not really into tech (like and older relative)?

Now, I don' know the software needs of every older person, but my father only needs a browser, a text editor and printer support (and soon also VLC because we're putting up a camera in his falcon birdhouse, very exciting). He doesn't game, certainly not AAA titles and he doesn't photo or video edit. On top of that he has a habit of (double) clicking everything on the internet. So Linux seemed like the obvious choice.

I do sympathise with both your viewpoints though. This is just an anecdote. 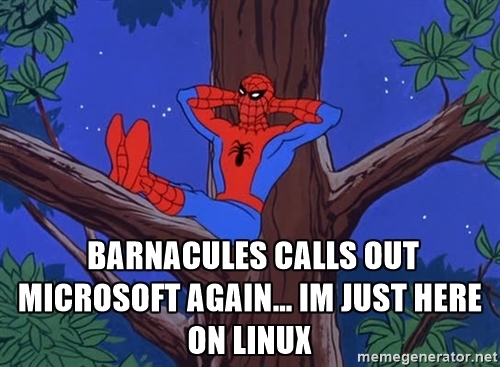