i want to buy speakers but i am not sure about highres music as sony and 5.1 or 7.1 atoms are this good or is gimmick to make you buy more expensive things for there brands.

my computer have allot buzz or poping noises what the best way to fix that?

i only found this is there any better ones

Latest Technology, Classic Cabinets Edifier R1700BT with Turntable Versatile speakers will have you wanting to play every device off of them. Plug in your gaming console, computer or TV for exceptiona ...

The Biggest Baddest Speakers For Your Setup The S1000DB offers a much more premium feel than any of our other Edifier bookshelf speakers. These are the perfect speakers to gaming set-ups for PCs and c ...

Think of Logan whatever you want, but his audio advice is sound:

his audio advice is sound

I see what you did there.

I need to point something out though.

This is when he lost all credibility when it comes to audio, by using that 8-bit garbage of his to compare MP3 with FLAC. You can compress that rubbish to probably 64kbps and still have the same audio "quality".

Yeah, I'm not gonna defend that.

But since I've been searching for cheap & good audio equipment myself (I severely overpaid for my current setup) I bought some random crap he's recommended just to get a feeling of whether his advice can be trusted - it can. (Been mostly trying out headphones though.)

The pun was unintentional actually.

The Micca MB42X builds on the success of the sensational Mb42 by significantly raising the performance bar while still taking up very little space and budget. Handsomely styled with classic contours a ...

"That not audiophile, you are an idiot !"
saved you some time

I love my jbl lsr 305 and I paired them with a micca orgin plus dac they sound great. 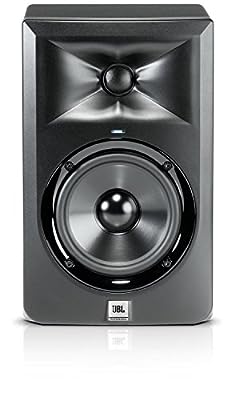 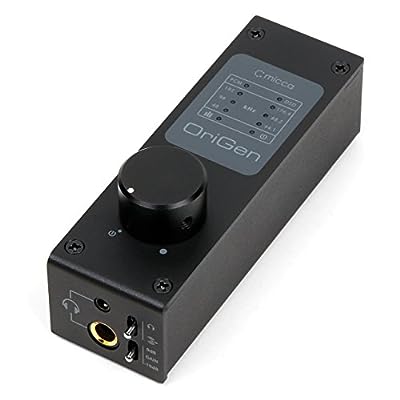 If your have a guitar center near you, you should be able to listen to them to at least get an idea of how they sound.

Just chiming in my recent thoughts about maybe betting on a pair of Yamaha HS7 "small studio" monitors. They're not cheap but have recieved good reviews beyond the regular brand-fan crowd. They could use a sub for booming movies/techno music, but personally I'm not into that anymore and am looking for more mid range detail.

My main goal would be to get a level of clarity in the ballpark of what I get with a pair of decent $150 studio headphones, without the hassle of wearing any. (never really liked headphones) My last lingering doubt is how precise their sweetspot is, as it appears from what I've gathered that speakers genuinely designed as monitors need to be set up fairly precisely in height and direction to your ears to be at their best. Compared to regular music speakers that is.

I guess that it might be worth saying that if the budget is limited and games/positional audio are important, consider first a decent pair of headphones.

I couldn't even watch the whole thing. Especially, when they started to discredit tubes.

There are no best speakers, because audio is subjective. There are speakers of varying quality in different price ranges, and you will see a substantial improvement from what you have probably, but there is a point of diminishing returns. However, there is a difference between monitors and loudspeakers. You sound like you're looking for loudspeakers but I could be mistaken. Don't go all the way down the audiophile rabbit hole. It's a very expensive one.

This is when he lost all credibility when it comes to audio, by using that 8-bit garbage of his to compare MP3 with FLAC. You can compress that rubbish to probably 64kbps and still have the same audio "quality".

He lost credibility on audio to me when he did that video on "gaming" audio. I don't know if this video came out earlier though, but the soundcard one was the first one I saw on audio. Yeah, you don't need a soundcard, but it is better than onboard, and if you listen to high sample music, will be capable of that and have a better DAC than onboard.