If Windows, closing out all programs with audio and reopening them seems to fix it whenever I adjust audio settings. 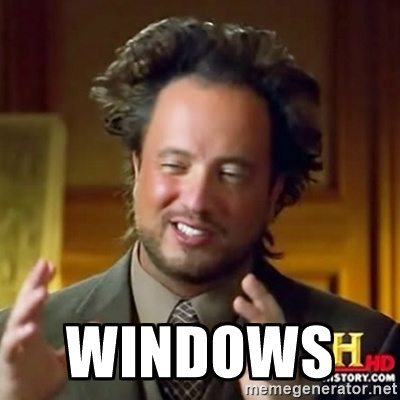 Happens to me aswell. Just another Windows kink.

I dont usually have this issue but what does happen to me is the audio will stay on the device it was playing on originally until I restart that program. I think the problem is because you're switching audio hardware entirely.

It looks like you've already reinstalled the drivers and that seem to fix it for you but in the future, I would restart the audio service itself. I dont think there will be a 100% fix in the future because windows has always been awful at handling audio properly. Your best bet is to change audio output before opening a given program.

Or you could be a snob like me and ditch the "gaming" headphones for superior quality headphones with a condenser mic. [neckbeard intensifies]

Video freezing when switching audio devices usually happens if the particular device your switching to has a driver that bypasses Window's audio processing. An example would be Foobar2000 (music player) with the audio device output set to ASIO mode, it prevents audio playback (music or video from all sources such as web browser or video game) outside of Foobar2000 software. Usually these kinds of devices with drivers that bypasses Windows's Audio Processor doesn't have seamless on the fly back and forth switching between other devices, you have to close down all sources with audio first such as a video in web browser/music/video game, then switch to that device (Platronics Gamecom 780).

You probably gotta do the driver rain dance:

Update: Sorry was away from computers for a while, so far reinstalling sound drivers and re-doing windows has sorted it
Thanks for the suggestions much appreciated. Right now blaming windows 10 kinks

Would love a proper mic, but for now they do the job ...most of the time. Neckbeard was almost ripped off fixing this