So I recently got my hands on my dad's old media PC and I was planning on turning into a little Pf-sense router. I found it had an Asus AM2 motherboard, but when I booted into the bios I found it had an athalon 64 3500+. This was strange because a quick google search returned that as a socket 939 CPU. Continuing this strangeness, I tried to upgrade it from 2x1GB dimms of DDR2 to 2x2GB dimms that I had sitting around, and it wouldn't boot. Anyone experienced any strangeness like this before? Think an athalon 64 and 2GB of ram will make for a decent Pf-sense box? 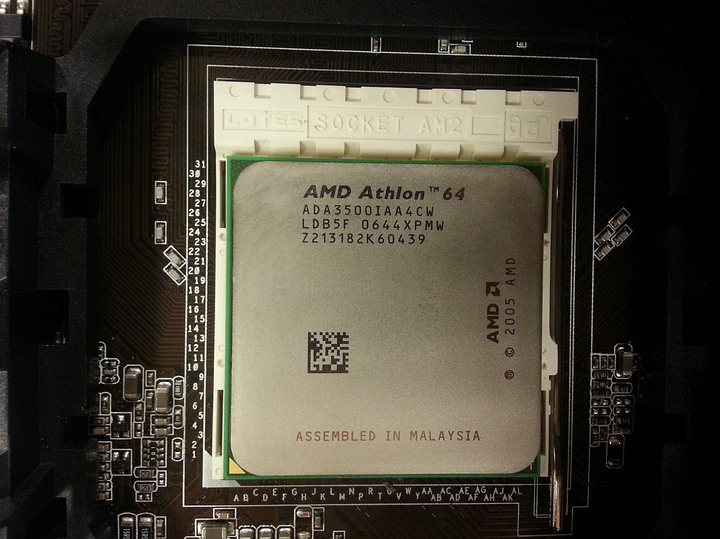 It was an entry-level to the AM2 socket essentially. At a time when dual-cores were new, expensive and largely unnecessary you could pick up a decent single-core that would work just fine and support the newer features that AM2 introduced.

As far as your memory issue goes, try some other DIMMs. While the CPU is supposed to support dual channel PC2-6400 I would try some lower speed modules to see if there is an incompatibility.

Ahhh okay thanks guys, I couldn't find any evidence of an AM2 athalon 64, but I guess they did in fact make one. The memory in question is PC2-6400 800MHz, same as what's already in there except it's 2GB dimms. I know it works, and the mobo information says it supports dimms of that size.

Perhaps you have a RAM timing issue then because some older hardware won't work unless you run slower timings with higher RAM Density.

There you did it again. You trollin'.

Lol I didn't understand why you quoted that in the last reply. I have just come to the realization that I have been spelling and pronouncing Athlon wrong my whole life >_<

I'll try setting the timings back a bit and report back on how it goes.

Nah the timings didn't do the trick :\ Perhaps the athlon can't handle larger dimms? Think an athlon 64 3500+ and 2GB of DDR2 is sufficient for a fpsense box? We have a 100mbit connection and typically 7 devices utilizing the network at the same time.