Well you only have 16x lanes to go around so if you have another card say a GPU populated, the you only have 8 lanes going to your m.2 card in 4x chunks

It won’t make each m.2 run at 2x unless it had a PLX chip to mux the lanes
If you want a bunch of m.2s and a dedicated GPU you’ll have to go threadripper

Alternatively what might work is putting one in the dedicated m.2 slot that goes to the CPU and one on a m.2 that goes through the chipset and then use the card for the two that will work

Yeah you will only get 8 lanes (Aka 2 drives) if you are using the slot that gets split with the first one for the GPU. 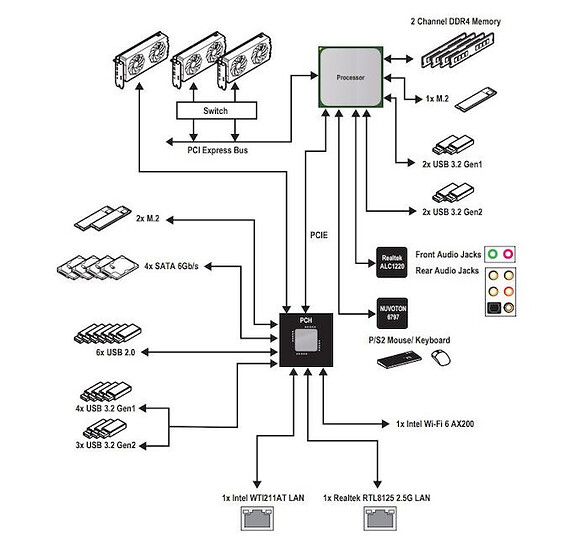 Thanks I just want to see the NMVe’s as separate drives.

I tried this with two MSI boards last year and discovered it the hard way, like you. Made the jump to Threadripper.

Mutation666 already provided you with the technical limitations. MSI uses a 2 drive extender card for most of their X570 i had the Creation and ACE.

Thanks it shouldn’t be this hard