The perfect settings on recent ASRock bioses are pretty easy – you can tell their HW/Engineering department has put a lot of work into making sure the defaults are sane. 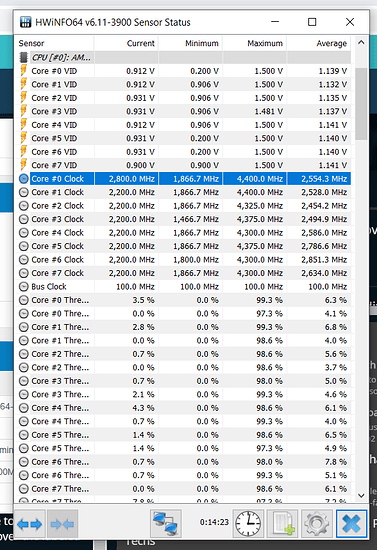 I found that SOC LLC of 4 (default of 3) helped me boost higher more regularly. This may not be a good idea with faster memory, and is probably a good idea with slower memory. Not all 3600mhz memory kits will be stable at LLC 4 for the SOC, so keep that in mind.

There is a pending update from AMD coming after September 10 which is supposed to improve things a bit more. 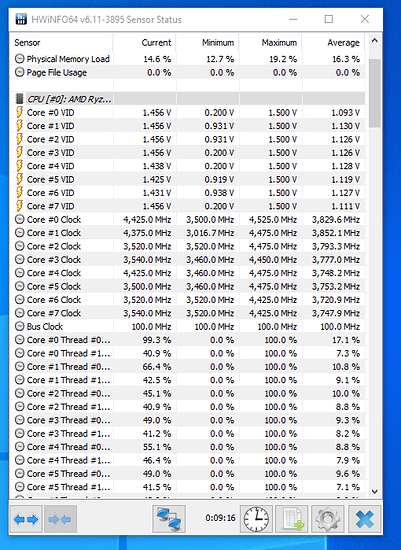 Where there any significant differences between the LLC level behaviours,
between those 2 boards?
Kinda interesting because two different pwm´s.

its pretty close to advertised boost, right on the razor’s edge. So you lose 25-50mhz on the 3700x and 25-75mhz on the 3800x. It is basically slightly more volts then heat which costs some of the boost headroom. If your system is not stable you’d need to up it but if your system is stable it’ll boost a bit more. The LLC 3/4 is the two GB results. One is like 4mhz away from 4400, though spread spectrum was disabled, I suspect 100.0 mhz is like 99.95mhz… some clock wobble is normal.

The VRMs between both boards are a bit different but in terms of performance/CPU boosts/etc the perf is basically identical [within 1-2%], even with the 3900x.

sweet! i’m thinking about building a dual boot hackintosh in a Lian Li NAS case that can take TB2/3 drives & transcode 4-6K footage, just need to make sure I got all the other parts (dongle, hub) correctly to be sure on the prices

Do the motherboards with onboard TB3 really hsve a Titan Ridge chipset? And what kind of power delivery do they support?

Loving your work! Any plans on doing this for the ASUS boards?

Thanks this is actually interesting information that i can put in some perspective.
Because the ISL69147 voltage controller is designed for AMD only.
So i was kinda curious how this would behave in comparison to the highend IR35201 controller that the Creator board has.
I was kinda expecting to see some differences.

Curious that the 3950X is going to bring us in terms of the boost clock behaviours.
The 3900X still seem to need to some improvements.
3700X and 3800X seems to do fine generally.

Well it appears that AMD has identified some bugs in the latest AGESA and they are attempting to address them.

Supposedly there was be more news about this on 09/10

My guess is that they want to get things cleaned up before the 3950x launch ?

Just got around to watching the video. Have you tested GNOME Thunderbolt on GNOME supported distros with these boards?

Also, not a fan of the EarthWatts, sorry.

Hoping for a IOMMU printout for the X570 creator because it would be between that and the Taichi if I wanted a hybrid Thunderbolt and VFIO build.

Yeah, I get the reasoning of having to make a decision between the Creator and Taichi:

(+) Creator, (-) Taichi: Even better VRMs (but does it really matter? Memory stuff is said to be more important for Ryzen and the Taichi’s VRMs shouldn’t have any issues even with a 3950X)

(+) Creator, (-) Taichi: 10 GbE (but just the Aquantia stuff, I personally prefer Intel but they are of course much more expensive)

(+) Taichi, (-) Creator: (TB3) That weird ASRock TB limitations (@wendell didn’t mention them), only 3 Thunderbolt devices per port instead of 6, NO eGPU support (unsure, that limitation is listed on the Taichi’s product page for the use with ASRock’s TB3 Revision 2 AIC that also says only 3 devices per port so I assume all “pure” ASRock TB implementations have these limitations)

(+) Taichi, (-) Creator: (TB3) Better TB chipset EMF shielding with the Gigabyte GC-Titan Ridge AIC and a Taichi instead of ASRock’s “bare” onboard components (unsure how important that is, cp. my solved Taichi-TB thread where another user is reporting about Thunderbolt display issues that have been resolved with the GC-Titan Ridge)

(+) Taichi, (-) Creator: The Taichi has T-topology wiring for the DIMMs, potentially allowing higher memory frequencies when using all 4 DIMM slots concurrently. the Creator doesn’t have that T thingy in its production revision, only in pre-production samples - the retail revision uses daisy chain.

I looked at it all of these points and since I already use separate ethernet controllers anyway and wanted that TB/USB-C power delivery feature I eventually chose the Taichi/GC-Titan Ridge combo.

PS: I’m a little sad that @wendell didn’t offer to “remote in” to look at my Thunderbolt issues

(Wouldn’t have mattered since it was a faulty motherboard unit)

Been a bit swamped sorry.

No worries, just an allusion to the video

At least I learned something although I have no idea what.

How could my first (defective) Taichi affect the Intel USB 3.1 controller that is located on the PCIe GC-Titan Ridge AIC so that it caused BSODs when hotplugging USB 3.x and DP devices.

And this happened in all PCIe slots while other PCIe cards worked just fine.

@wendell, Is there any back channel chatter about what has happened to Gigabyte’s TB Header on AM4 in production revisions?

I looked at it all of these points and since I already use separate ethernet controllers anyway and wanted that TB/USB-C power delivery feature I eventually chose the Taichi/GC-Titan Ridge combo.

Yup interestingly i just found out that Asrock has updated the specification page for the Creator.
Because previously they were stating the that additional nic to be a 2.5Gb/e Realtek for the pre production model.
But for the production model they now indeed advertise with the aditional 10Gb/e Aquantia nic.

But yeah i agree that the Asrock X570 Taichi is generally the nicest buy of the Asrock bunge.
Unless you really need that 10Gb/e Aquantia nic or those two Thunderbolt typ-C connections.
But i don’t really think that it would be worth paying a $200 + ish price premium for just that.

Vrm wise the Creator is indeed slightly better then Taichi.
But it wont really make any significant difference in the real world.
Because the vrm of the Taichi is already more then decent enough for a 3950X.
The main differences in terms of the vrm’s are generally the controllers, doublers
and the powerstages used.

The vrm on the Taichi might run slightly warmer then the Creator with a 3950X,
overclocked to its full potential.
But it will likely be a very minor difference.
The LLC handling on the Creator might be a bit nicer, but again not really significant.

I could go into more detail about the vrm implementations and the differences.
However that would be something for another topic.

Daisy chain vs T-topology, i would personally prefer T-topology.
Because i would just populate all 4 slots anyways in the future.

Jump to 24:45 min, Steve from Gamers Nexus answers a question from a viewer regarding memory stability issues and he responds that ASRock is doing something fishy with the memory topology pointing to a hardware revision to Daisy Chain

It might have been the other way round. Silk screen 1.02 has some bugs 1.05 is much better. It’s silk-screened onto the board so you can check before you buy

It might have been the other way round. Silk screen 1.02 has some bugs 1.05 is much better. It’s silk-screened onto the board so you can check before you buy

I hope I’m not having a stroke but I have no idea what you’re talking about regarding “silk screens”?

The writing on the PCB near the ram slots. The writing itself is said to be skilscreened onto the pcb

Well, that’s (not) nice for the customers that already bought one…

Wasn’t really sure what exactly this had to do with a motherboard: 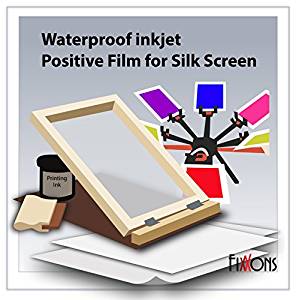 @wendell : Could you maybe take a picture where to find this 1.02/1.05 number exactly - was looking around the DIMMs (installed in a tower, just removed the side panel) and I saw a few strings of numbers and letters that aren’t the SN but nothing like 1.02/1.05

Edit: Or do you mean the “general” motherboard hardware revision?

Do you know what’s up with revision 1.06? Is it just the idiotically placed USB Type-C motherboard header that’s moved a little bit so that a full-size GPU in PCIE 1 won’t block it physically?

But I don’t get why ASRock would make such a fuss about not testing that unit if it was only the (cosmetic?) silk-screen printing on the board that was not “up-to-standards”…

Well kinda depends i guess.
T-topology should ¨theoretically" overclock better on 4 dimms.
Daisy Chain mem topology generally should overclock better with 2 dimms.
But again that is basically just theoretical.
Because in the end there are more variables in play when it comes to how well,
memory overclocking is going to work out.

But yeah it is kinda interesting though, because that would mean that Asrock,
has to completely re-design the board.

I believe that pretty much all other brands use Daisychain mem topology.
Although not fully sure about Biostar.

Hi @wendell ! Could you please share the iommu groups of x570 TB3 ITX? I wonder is it possible to passthrough the TB3 controller to the VM and exploit it like a usb hub.