I found an article on Anandtech, in which Asrock gives use some impressions of the upcomming Z170 chipset boards. 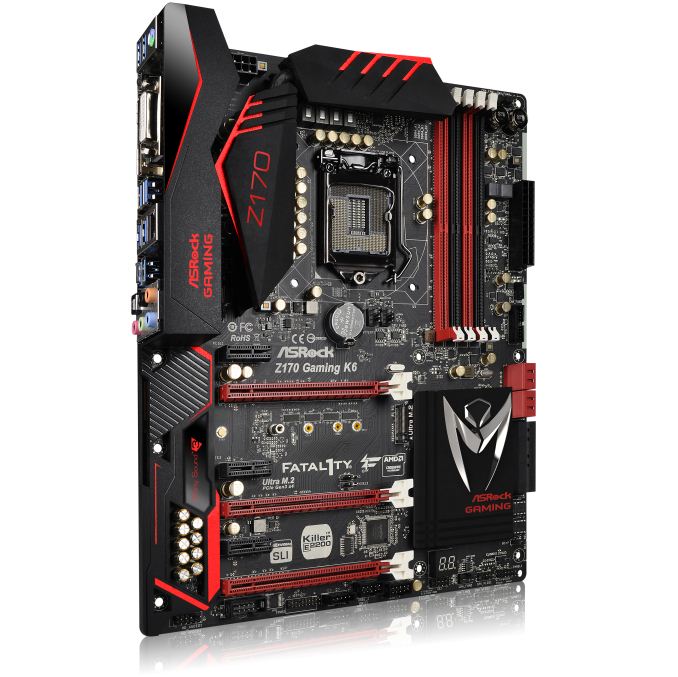 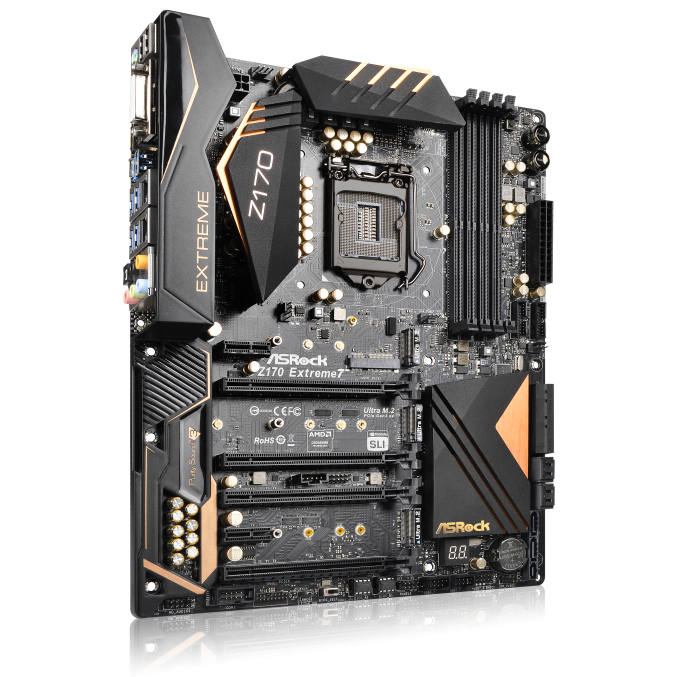 I think they look realy Awesome.
I´m realy excited about these new boards.
What do you guys think?

More of the Story:

They do look great. Especially the red one although it does look a bit ROG to me.

As for the chipset and CPUs meh not really much doing it for me. M.2 is cool I guess but I really don't need fast storage like that. DDR4 is pretty pointless as well for gaming. I doubt Skylake will be anything more than better performance per watt which I really don't care about either. That and I have X99 lolol

I think they look great.
Of course Skylake wont be realy mindblowing in terms of performance jump over current haswell cpu´s.
But still, i´m looking forward to it.

If i take a first look at the Extreme 7, it looks to me, that it comes with realy nice feutures.
Would be nice if those Nic´s on the Extreme 7 where intel 10G's, but i guess not haha.
3xM.2 slots...
Puridy sound 3.

I readed somewhere, that intel steps back from the IVR, and bring back the voltage regulation on to the motherboards, like Sandybridge.
This would be realy good news for the OC enthusiasts,
Because boards with a beefy vreg design are most likely going to make sense again.

That red board is literally the coolest looking board I've ever seen. There better be a 2-3 hundred dollar X99 version...

If all the Fatal1ty gaming series boards are going to look like that,
Then it would be realy a serious concurent for other brands imo.
Its realy one of the best looking Black / Red boards, that i have seen.

I also realy like the the choice for stepping away from Black / blue for their MS boards. The Extreme 7 looks also badass to me.

Yup, I really like that Red and Black as well.

Just out of curiosity do you know if these are using a PLX chip? Or will pcie lanes be on the die allowing for all of the pci peripherals?

I´m not sure yet.

Z170 H170 and Q170, will most likely get 20 pci-e 3.0 lanes standard.
So i would not be suprised if the more advanced and expensive boards will get an plx chip.

Also "wenn its true" that there will also be a Q170 chipset, then this does mean, that the Z- series boards, are most likely not going to support full Virtualization feutures.

That sucks. It's not like enabling virtualization features is that expensive.

Well it looks like, that intel is stepping back to Sandy bridge and Ivybridge times.
Ofc all still rumors as far as skylake chipset specs goes, but still.

It would be a bummer if the unlocked skylake chips on Z series boards not going to support all virtualization feutures.

I always found the naming a little weird. Just offer all the new features on one board...

yeah, well in the article on Anandtech, they speak about Z, H, B, Q boards.
So if that is true, then the Q-series boards will be supporting full virtualization feutures.