If this largely gets ignored this can be deleted but I thought, hey, PPC thread, we need an ARM thread. BOX86 is dank is fuck and runs on an Ayn Odin, we should have a place to talk about stuff like that.

As well I want to get void linux running on a 3ds. So why not have a little chatspace? If you use a RPI as a PC, play with robots, make APK’s for phones, whatever. Chatsoace!

Just got myself a RockPro64 yesterday. The 4GB model. According to Pine64’s wiki page on it you can run using 100% capital F Free software (u-boot at least). I’ll have to see if I can get Tow-Boot to run blobless, it’s just so much nicer than stock u-boot. Seen some work getting Trisquel GNU/Linux on Arm64 too, would be a nice combo.

Pulled out my old 2DSXL recently and of course gave Linux a go. That thing has a whole 256M

That thing has a whole 256M

So? Shit can be optimized

I’m mostly self-learned, working in a small company, responsible for Linux on custom ARM hardware (we use systems on module, but still). Most of the hardware stuff comes from the vendors (either SoC or SoM), but then I have to bring it all together - bootloader from SoM vendor, kernel from SoC vendor, Yocto, and our custom stuff built on top of that. When I’m not doing that, I’m writing software which will run on that computer.

All in all, it’s a nice challenge and never a boring day, although some stuff can be very frustrating - getting NumPy and SciPy to build properly, with all the optimizations we want and OpenBLAS, is a never ending story. I think I’ve spent at least 80 hours on that alone.

Regarding hobby boards: I’m of two minds about Allwinner boards. On one hand, the folks behind linux-sunxi did, and continue to do, an amazing job reverse engineering the stuff. On the other hands, you’re supporting a company which has at least a decade of history violating GPL.

Rokchip is nice, but the project I’m working on right now requires dual ETH, so they’re out, unfortunately.

Oh, and after doing a project using Raspberry Pi CM3, I absolutely hate using the Pi for anything. Not to mention that an open source bootloader is, afaik, an impossibility here (maybe you can chain-load U-Boot’s second stage?).

@stenstorp I don’t think it’s possible to have 100% free wireless. Have you ever seen FOSS wireless firmware? Plus, I think allowing the user to modify the firmware on those might not be legal, or at least BT’s licensing terms.

@FaunCB How’s the Odin? The internals seem impressive, makes me wonder how it handles for day-to-day usage, especially with emulating games.

As for the 3DS: drivers and mainline are one thing (GCC supports N3DS), but is there a device tree floating around somewhere? Bootloader, device tree, drivers. Then it’s just a question of time.

@FaunCB How’s the Odin? The internals seem impressive, makes me wonder how it handles for day-to-day usage, especially with emulating games.

Don’t have one but I am hoping to get one when available.

Luma 3DS has a pre-boot firmware chainloader, and postmarket has been made to run. The problem is no one knows how the CPU completely works, let alone what the A9 really even does.

CPU needs reverse engineering. I am interested enough to put time into it, even if I figure it out by accident by just getting Void to boot and analyzing from in-system.

IDK what that’d be used for in this instance

IDK what that’d be used for in this instance

Not all hardware can be enumerated, discovered by the kernel. For example, I2C and SPI, the kernel must be told which devices are present, and which drivers to use with them. From what I know, there’s generally two options:

IME, there’s a lot going on in those files - descriptions of IP cores present in the SoC, SoC pinout, and everything going on non-discoverable buses. While this hasn’t happened to me, it is possible to damage the hardware with a bad DT.

So? That’s massive! Linux will ne no problem.
Was able to make do with 64MB on an old thin client.

Wifi? I’ve got ethernet. Also, there is a line of Atheros chips that work without OS loaded firmware using the ath9k Linux driver. Got a bunch lying around.

…Ok how about Void Linux with a .8 render scale setting on XFCE and all the bells and whistles that come with it

I have some batshit ideas I want to make happen. Been playing with things and ereading docs all day

I didn’t know about those Atheros chips, that is new to me. Good to know.

How come you came to hate the RasPi?
Also what’s good for dual Eth?

How come you came to hate the RasPi?

Mostly due to my work bringing up Pi CM3 on a custom baseboard. Do note I did it in the Pi3 era, and Pi4 might have changed things. Several points:

Bootloader - it’s closed source, there was some work on porting U-Boot, but it died due to unavailability of a compiler (for Pis up to 3, the bootloader was run by the GPU, not sure about Pi4). For the most part, it works, but trying to do something non-standard meant trying to figure it out with the minimal documentation provided by the Foundation.

Device tree overlays - a major part of bringing up SoMs on custom baseboards is writing the device tree. Normally, I would take a device tree from the SoM’s vendor, for their reference baseboard, and edit it to fit our board. For Pi, the official way is to create overlays - small bits which the bootloader patches into the device tree before passing it to the kernel. IMO overlay syntax is absolute crap compared to straight DTs, and, it was harder figuring which node referenced what hardware, iirc also due to lack of docs.

Googling for anything was an absolute hell. I would get overloaded with results from hobbyist with problems I have already passed, or who took the quick and dirty solution I could not. The rare post from a fellow professional was for similar, but unrelated issues, or for stuff which indicated they are at a later stage.

The Foundation itself doing stuff which I found questionable. /dev/gpiomem is an absolute joke - exposing peripheral registers to userspace? Without the intervening driver? Because people complained their software PWM on a non realtime OS was wonky? I’m guessing their GPIO driver must’ve been mostly stateless for this to even work.

Oooh… and the utter lack of peripherals - our baseboard had, iirc, four peripheral expanders (stuff like SPI to UART converters, USB Ethernet, even a GPIO expander). This mostly annoyed the electrical engineer designing the baseboard, but I worked closely with him.

If you’re asking about NICs, we don’t use dedicated NICs. The MAC is part of the SoC and we just add the PHYs - usually something from Microchip’s KSZ line (the one they got from acquiring Micrel).

If you’re asking why dual ETH? It’s one of two things:

Speaking of daisy chaining, Texas Instruments’ Sitara SoCs (like the one in Beaglebone) have a great little 100 Mbps dual MAC, which can be reconfigured in the field between two independent ports and a switch.

If the Pi sections reads like a rant, that’s because it is - I still have strong emotions about this, five years later.

Speaking of Beaglebone, I have seen a company selling basically Black, but with a second PHY, as a SOHO firewall appliance. Only a hundred megs, but back then it was a nice piece of gear for the price.

The Foundation itself doing stuff which I found questionable. /dev/gpiomem is an absolute joke - exposing peripheral registers to userspace? Without the intervening driver? Because people complained their software PWM on a non realtime OS was wonky? I’m guessing their GPIO driver must’ve been mostly stateless for this to even work.

I think this is a symptom of the Pi being intended to be a simple, cheap system that kids can hack on. It has to be easy to understand. Accessing hardware directly makes it simpler to get started with.

It was never designed/intended to be used as a production quality device for important systems.

It was never designed/intended to be used as a production quality device for important systems.

The Pi? No, it wasn’t. Pi Compute Module? It sure as hell is targetted at companies which are capable of making their own baseboard.

I’ve had customers want to use the Pi, and vetoed it whenever possible. But the CM is a whole different game.

I am going to redo the OP today

does this fit here? 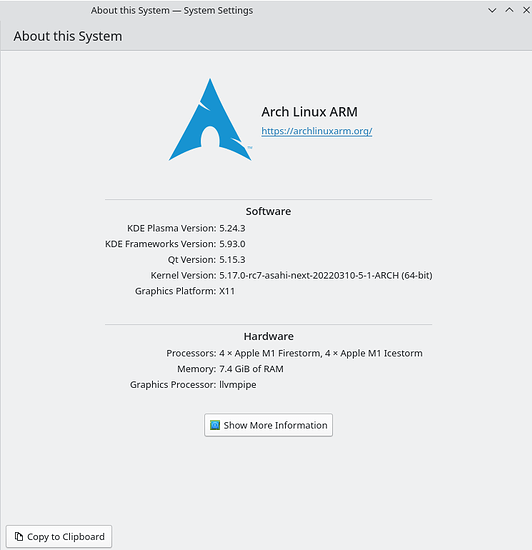