Any of you guys know the popular indie game Freedom Planet?

Well the voice actor who voices the main bad guy, Arktivus Brevon needed a new computer. Hes a close friend of mine so one day we talked and laid out some plans of what parts he would need. Today we put those parts together. Here is the end result. 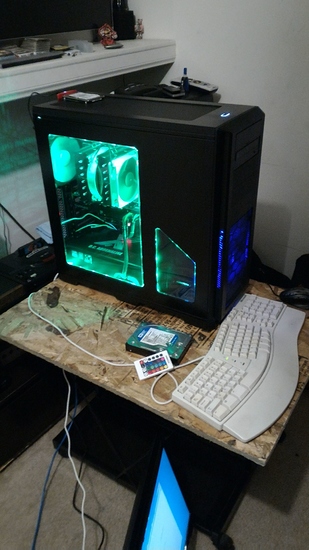 Solid build. Why the massive cpu though? What is it that he is doing that is so cpu intensive, if I might ask.

He's a voice actor. A lot of audio editing/mixing, He also wants to start streaming. I can't imagine he wouldn't want to start dabling in video editing too "Protools, heavy multitasking, editing, etc." his words