In the spirit of Linus and Luke doing a 1 month challenege. I am going to join them. If I can make it a month, I am sure I will make it for a year. I have never made it more than a week before rage quitting.

Initial setup ---- I have my network shares going. My daily programs that I use. I am going to bed. Spent the last 4 hours getting everything running.

4 hrs for a complete OS change is quite good, actually.

Tip: stop tweaking stuff if it works, don’t try to tweak it “just like I had it on Win-OS” because Linux isn’t Win-OS

Don’t let apt kill your xOrg. And enjoy PoP. All the keyboard shortcuts take a bit to get used to, but once it’s muscle memory, you get stuff done real fast.

4 hours is a lot. For a basic install? Setting up your desktop with all tweaks, packages and scripts takes some time. That’s not a day one thing. I decided after two days that I won’t get back to Windows. Let Windows VM run for 1-2 weeks and the ISO is now dormant on my storage for quite some time.

I have had an on and off again relationship with linux. But when it is on it is usually popos. And I have never nuked xOrg. I always update stuff before I install anything else. Unlike linus…

Like 20 mins for the base install, 25-40 mins choosing a desktop theme, and playing with virtual work station setups. then 3 hours fudging shares and logins and ssh keys and stuff for the networking…

What do you usually use this computer for?

Play games. I’m hoping proton is decent. I’ve already played RuneScape and Minecraft. Which are about all I play. Strange thing is I was getting more fps in Minecraft with raytracng than in windows. Like 20 more fps.

To be fair it may have been less than 4 hours. But I was having trouble getting my network shares to work. Then I found out I needed to create a separate password separate to my main login password for popos.

Like a samba user, in addition to the AEG system user? it’s easy to forget

I just re-installed, but only went with optifine+sildurs.
is ray tracing very good?

He opened up the shaders outside of patrons. Pretty decent.

Plex doesnt have a way of direct playing to linux. (can be solved by getting another nvidia shield).

Another is it is not easy, atleast in popos, to set a solid wallpaper color. You have to make or find a solid color image and select that as the wallpaper.

A final piece is that unlike windows, linux (including macos) in my experience does not like tvs. I power off my tv and then back on and my audio settings reset. Windows it defaults back to the tv, but linux and mac os it resets to a different speaker. In linux’s case, it resets to an audio source that has not audio output.

Obviously, I will tackle Linux gaming from the perspective of a Linux user, because my main OS is Linux already, but I never tried gaming on it seriously. WINE, proton, lutris, PoL are all pretty alien to me. I used 2 of them in the past, but not extensively (probably not more than 3 hours added up ever since I first tried Linux in 2012).

In linux’s case, it resets to an audio source that has not audio output.

That should be solvable, but may take a bit of fiddling about. Haven’t done it personally so I am not sure what is the best way to go about it, but it should be doable.

Plex doesnt have a way of direct playing to linux. (can be solved by getting another nvidia shield).

Now I don’t run Plex so I could be wrong about this, but I am pretty sure there is some way to play direct on Linux. Not sure if this would be helpful.

If you’re going to game some minecraft, there is the open-source equivalent. Called minetest.

As it’s minecraft just generally considered a bit worse. There is also Veloren, which could be considered Minecraft on roids, for the graphics part at least. The graphics are super-impressive… There are already flatpaks available. 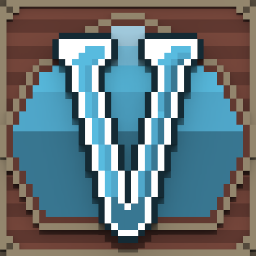 I have to use a pre windows 10 compatible exe for plex. but wine works with that. Apparently wine doesnt support windows 10 only apps.

I have to use a pre windows 10 compatible exe for plex.

Why though? You can host Plex on Linux so I don’t see why you would possibly need a Windows client/exe to do it. The link I gave was to an AppImage/Flatpak of the Plex Media Player which I assume would be able to direct play from Plex and be the kind of UI you wanted. From my digging it looks like you should be able to direct play with a player like mpv using this shim. Unless I am just horribly misunderstanding what you’re wanting here.

So here is the deal plex servers are no problem to host on linux. I have my plex server on a separate box. Having the direct play to another linux setup is a problem. It doesn’t support direct play through any browser. There is no native app, like in windows or mac os, for plex. The native app is how you direct play. Direct play just means it doesn’t transcode. So you don’t lose any quality. I am trying to get the windows app to run on linux.

The biggest thing is watch together is something I need to be functional.

Having the direct play to another linux setup is a problem. It doesn’t support direct play through any browser. There is no native app, like in windows or mac os, for plex. The native app is how you direct play. Direct play just means it doesn’t transcode. So you don’t lose any quality. I am trying to get the windows app to run on linux.

The AppImage/Flatpak I linked earlier should be the Plex Media Player from this repository just compiled by a 3rd party. That app is I believe the older official app that was used on all platforms it should support direct play as far as I am aware from what I’ve read. The shim should do it as well since it’s just casting from the web app here is it’s description.

Blockquote
MPV Shim is a simple and lightweight Plex client, with support for Windows and Linux. Think of it as an open source Chromecast for Plex. You can cast almost anything from Plex and it will Direct Play. Subtitles are fully supported, and there are tools to manage them like no other Plex client.

From what I am reading in the transcode settings portion of the readme definitely seems like it supports it and since it’s casting I would assume the watch together functionality of the web app would work as well.

From some additional digging though I found this from it’s description certainly seems like a possible solution it’s a plugin for Kodi that adds Plex integration and even advertises Direct Play as a feature. Not sure about watch together though with that plugin probably not. If I get some time tomorrow I can try setting up a Plex server and run through all the various options but you should be able to do it without Wine.

Never used Plex and only used Kodi briefly for Youtube playback a few months (until the plugin stopped working due to API registration stuff). But I heard about Kodi Plex integration, so I was about to recommend reading through that.