Are these leaked Comcast Documents legitimate?

These were supposedly leaked from a Comcast employee. Internal documentation explicitly stating that the roll out of data caps due to network congestion is a blatant lie. 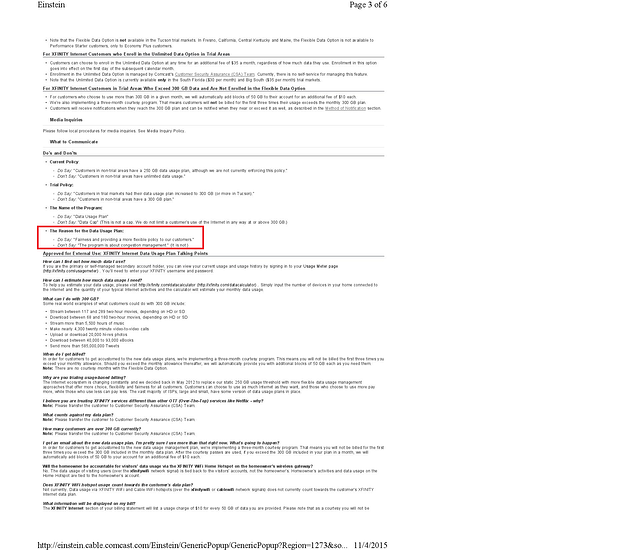 Seems like it, from what I read there were several different internal sources confirming it. I don't think Comcast has denied that documentation either.

I've been telling friends for years to get away from comcast if they get the chance but maybe now they'll listen.