Cant you push files from iTunes via wifi/bluetooth?

EDIT: Yes, yes you can

Use iTunes to sync information on your iPhone, iPad, or iPod touch with your computer over Wi-Fi.

So you'd still be screwed then because you cant handshake?

I guess so but I am not in that ecosystem, so I can't try.

AirDrop is an ad-hoc service in Apple Inc.'s macOS and iOS operating systems, introduced in Mac OS X Lion (Mac OS X 10.7) and iOS 7, which enables the transfer of files among supported Macintosh computers and iOS devices without using mail or a mass storage device. Prior to OS X Yosemite (OS X 10.10), and under OS X Lion, Mountain Lion, and Mavericks (OS X 10.7–10.9, respectively) the AirDrop protocol in macOS was different from the AirDrop protocol of iOS, and were therefore not interoperable wi...

you dont need anykind of connection besides bluetooth and wifi to be on.

Only thing i wish is that it was more open so other devices could use it. Is some pretty neat tech

as some one who used to work for apple

I used to be really into apple a while back, and I don't mind Apple that much so long as I'm kept a fair distance away from one of their machines. They've created a nice little walled garden of planned obsolescence for themselves that people for some reason seem to love doling out hundreds if not thousands of dollars a year to stay in. That's fine if you like their ecosystem. It is quite pretty.

However, after dealing with the atrocity that was my parents' old 2009 27" iMac, I'm never drinking from that kool-aid fountain again. That thing died four times and cost more money in servicing and replacements than it originally cost. The last time, I had to take the machine to have it backed up to an external drive, and the only "Genius" at the store who could help was an unhelpful, grumpy old man.

I started with iPod long ago. Then moved on to iPhone. Took a long time from there to get the Apple Watch. Girlfriend spoiled me for valentines with it. And then I got an older used iMac. Yeah, I am now looking at getting a MacBook because they work so nicely together and I can do so much with my phone without having to be in the phone. It's great. How are the AirPods? Still wanting a pair of those

Oh my god this thread

You do realize that Apple provides a very nice backup and restore tool called Time machine that would have saved you much of that headache right?

Time machine is one thing I really wish I had on other systems. I can restore a machine like nothing even happened with minimal fuss. If you have a mac and external HD are cheap, there's no reason not to use it.

You do realize that Apple provides a very nice backup and restore tool called Time machine that would have saved you much of that headache right?

I do realize this, yes. The external drive we had for the Time Machine snapshots died a while prior and we had no recent backups when the machine kicked the bucket anyway. It was an internal hard drive plugged into a USB adapter or nothing.

File History exists on Windows. As far as I know, it does essentially the same thing

This Thread should never have been allowed to start in the first place.

We know what happened in the Vim vs Emacs wars.

I think Apple is the equivalent of Nano. 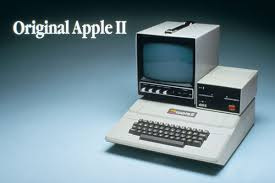