Anyone win anything cool in the GOG 2017 Pinata Madness?

What is a Piñata? In short: every Piñata costs $3 (or your local equivalent) and gets you a mystery game with a base price between $5.99 and $44.99 That should be enough to get you started! Read on...

Didn’t buy any this year. Last year I got Machinarium, Unrest and Guacamelee Super Turbo Championship Edition. The first two I’m not really interested in and the other one I already have on Steam.
While it can definitely be a steal (as long as you end up with games you like), it can also be frustrating.

Not sure if I’m going to test my luck this year.

On a side note: apparently there’s been a bug (according to a reddit post I read) which seems to have been fixed though. The bug made it possible to get duplicate games.

I am not spending money for random games. I’m sorry GOG. My issue with the piñata stuff is, that I have very specific taste in videotapes. The chance to get the games I want from the ocean of games I don’t want is so slim, I rather just buy what I want.

Got these 2 games. I’ve never played either, so idk what to expect.

Opened 3 more, and I got Sam & Max Save The World, Wasteland 2 Directors Cut, and War for the Over world. 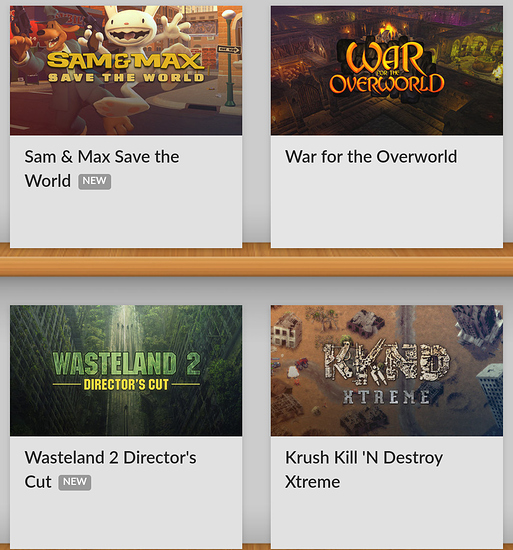 The games I got included Little Big Adventures 2, and Trine Enchanted Edition. The former seems to have reviewed okay but only goes for $5.99, and the latter I already had on Steam, and is even on sale currently for the same price as the Pinata. So as you might imagine, that just about concludes my thoughts on the pinatas. Sure, it was only two, but I’m not exactly inclined to go buy more because of this either. Little Big Adventure 2 looks okay, but at $3 and without any nostalgia for it, eh. 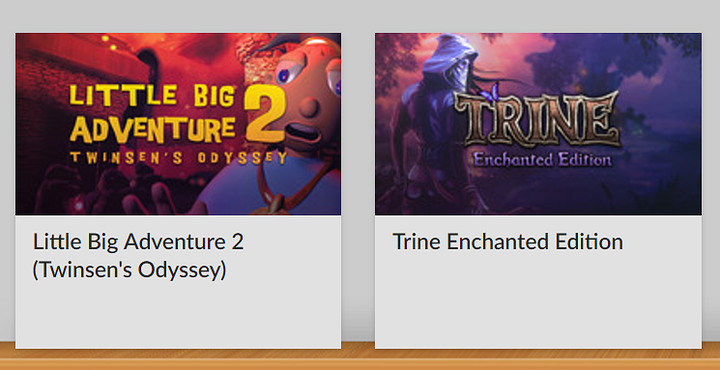 Can you specify which platform you play on, or is it possible to get a game you can’t play because it only runs on one OS?

Nope. I can only play about a quarter of tge games I got. Wonder if you can get refunds for them?