Anyone still rock a Phenom II? 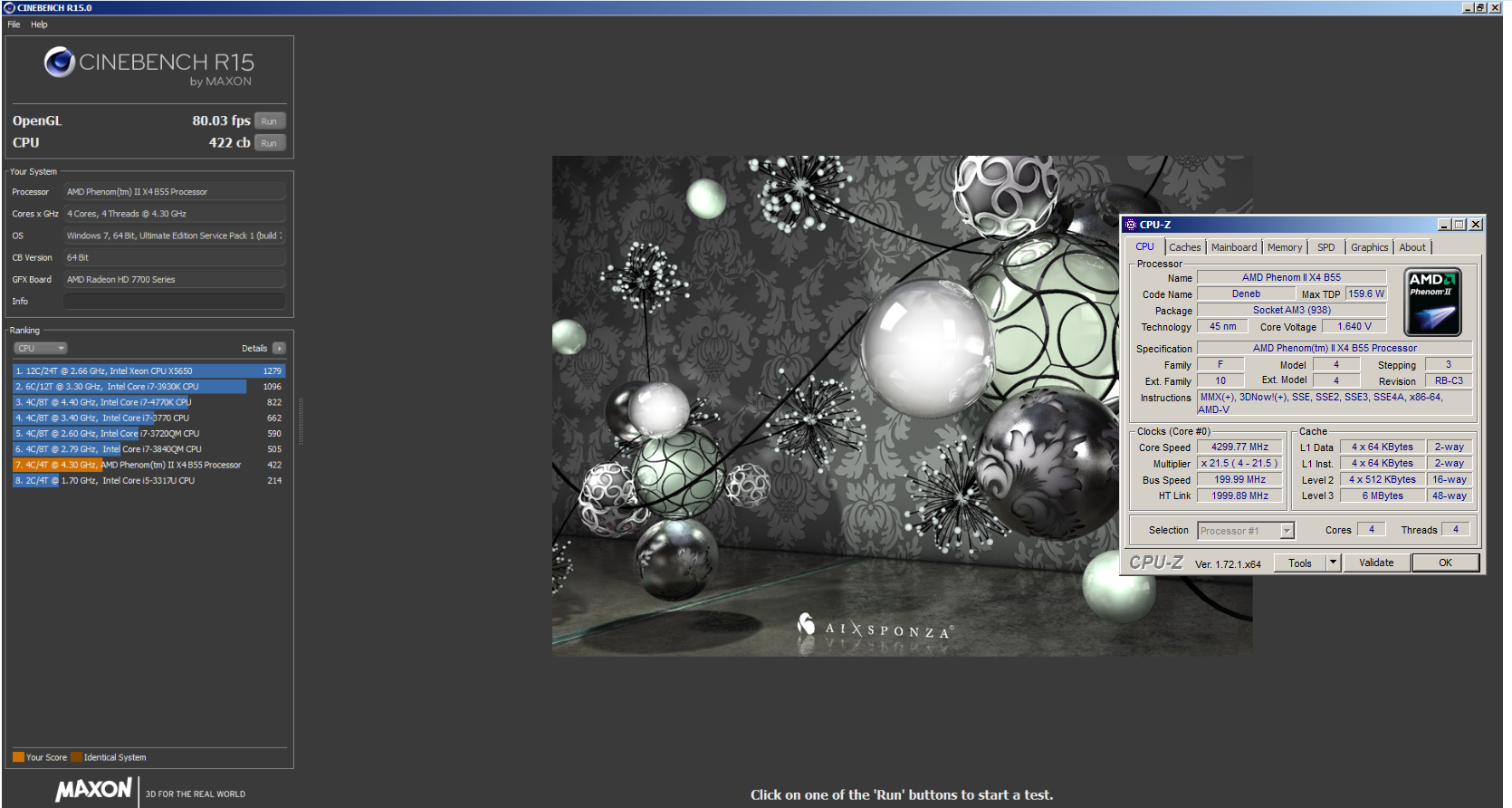 Does brilliantly for gaming... CSGO is my most CPU limited game i own, and is always over 140FPS unless i record, but then it hardly drops.

Here is some proof for that...

Running the exact same CPU (also unlocked running at 3.6GHz) on a Gigabyte GA-ma770-ud3. I upgraded to a 2600k a few years ago but have this for a dedicated Linux machine.

Still a great little CPU although I don't really put it under much load these days. That is what the 2600k is for.

Was running a x4 version up to about a month ago in one of our older workstations, worked great until the PSU went out of spec and fried the MB, it's now sporting a 6300 with a new 990fx board and PSU... should be good for a few years. lol

Still rocking a AMD Phenom™ II X6 Black 1090T. Might overclock it so it can hold me over until the Zen architecture comes out in 2017.

I'm not rocking one in my main computer, but I've got a second computer in my room rockin' one.

I still have a 960t that unlocked to 6 cores. Bomb cpu right there.

My brother is still using a Phenom II 965 at stock clocks. Does perfectly fine for gaming, especially since he isn't competitive about it.

My old rig (Now the wife's rig) is running a Phenom II 965 at stock 3.4Ghz. It's fine for her, though right now there's two games it struggles with, BF4 and GTAV, BF4 is a bit sluggish, frame time variance issues, but very playable, avg maybe 65fps, and GTAV just runs badly in the middle of the city. Otherwise everything she does is fine, though she's not as sensitive to low frame rates like I am and probably you fella's as well. She's running a GTX 760 ACX 2GB, great little card.

We're building new rigs in late September or so, not sure what I'll do with the box yet, probably a media server.

I give my dad my old rig that was still running a Phenom II 965 @4ghz and a xfx 7950 about 2-3 years ago when his dinosaur del melted its self.
Its still running fine he only plays call of duty 4 and some sim games on it primarily he uses it for his signwriting running a plotter to cut vinyl lettering.

I'm currently running a Phenom II 550 non BE that I had overclocked to 4GHz. Tried unlocking it, but produces artifacts when encoding video and makes the audio crackly.

Had an old PC that my parents use now with an Athlon II X4 630. Not a bad CPU at all. Paired with an R9 270 its a pretty decent little gamer.

I have a Phenom II 1065T which I found on the side of the road, someone was throwing it out. It is working very well.

I just upgraded from a Phenom II X4 955 this year, had no problems with it with 1440p games at max graphics. I would probably still be using it if not for the cheap sale for FX's at microcenter. The phenom is now our living room htpc / streamer.

Yeah I have an X6 in my server and an X4 in my pfsense router.

Still using the AMD Phenom II X6 1045T, haven't had any need for anything more powerful.

I'll upgrade when start getting 40ish FPS on low settings.