Anyone else looking to forward to buying the Mac Studio?

So ive been waiting for a while to pull the plug on the M1 Mini due to the lower power and silence, but held off due to the max 16gb of ram, but since now we are getting the studio im excited since ill be able to do all the compute and things i need without worrying about memory usage due to the 64GB RAM + 20 Core CPU ill be ordering mainly for Daily Driving for the next few years and remoting into my TR PRO Server for anything more intensive and long-term projects for e.g CFD/Other Simulations.

The 6x TB4 + 10GB NIC would be fantastic aswell for some new things ill be looking forward to starting such as Music Creation, where it seems a lot of stuff is mac centric with TB/USB-C, Looking to build a new NAS too so the 10gb would be fantastic for that for back → forth with my backups/important datasets i use everyday.

Also the new Mac Studio Display seems fantastic and might be something i invest in as ive just returned my ASUS ROG Swift PG32UQX and got my £3200 refund so can buy 2x 5K monitors and have some money left over.

The price tag really kills any enthusiasm. It’s a professional /business class device and priced as such + the Apple tax

On a technological level, sure if all sounds like a fantastic setup, but the only way to justify that price tag is if you either A) rely on Apple device for your workflow to make a living or B) just have cash to burn

Also, given testing on how Apple actually utilities their SSDs internally; it’s actually kinda ridiculous how much they charge for space premiums in an un-upgradable machine

I have a discount due to working for Alphabet so we get a 10% discount already + going to be selling my RTX A6000 this week as honestly ive hardly been using it and I got it for free for a project we never completed and have been told i can sell it, so that would cover 90% of the cost already. Going to be pricey either way but as i tend to upgrade all the time PC-Wise having a Mac Studio will slow me down, as my older iMac setup did in the past.

I would of gone back to my apple ways sooner but due to the m1 16gb ram max ive seen on the mini i had to wait, and heres my calling card back to the Mac OS ecosystem.

and yeah the SSD Pricing is insane, I already have 6x 980 PRO atm in my TR PRO WS/Server i will use TB to use for Storage/NAS for important Data and have TB4 Dock with some more drives so i can live with the ‘only’ 1Tb Base storage option and increase it if and when needed.

Damn. Well, then definitely makes sense in your case. Sigh, I need to hop in the FAANG train now that wfh is normalizing, so I can to can make purchases like this justifiable

It’s not so much the amount per TB, it’s the fact that it’s actually fairly slow to what’s on the market; you can actually start a write process and you have time it interrupt the process, ie, power outage during file movement would lose the data

Anthony from LTT was testing the above

wfh is normalizing, so I can to can make purchases like this justifiable

Honestly thats one of the reasons im doing it, atm i have a Desktop Tower im using for daily driving with an i9-10900 / Titan V, that the hardest thing it does is Fourm read/Netflix/Plex Watching and the odd discord/zoom call for work/friends. and its so damn loud and hot, along with my thinkstation p620 + A100 GPU on the floor next to it spitting out heat like its nothing, the noise and WFH made it so much more obvious i need to work in a quite place or it distracts me. Where the Studio would be quite, get out of my way and let me work and not have to worry about the Tabs or CPU tasks going on in the background.

It was a footnote/side comment and never got a dedicated video; let me see if I can find it though

I like apples hardware not their screwy marketing tactics. Their ultra fusion connect is infinity fabric but apples take. They claim competitors don’t have this tech. Amd has similar with infinity fabric. Also many companies just finalized a standard one. Either way the performance loooks good for some tasks. Though for me the efficiency is actually less efficient than my 3900x. Handbrake software encodes actually draw more power over time with the same episode than 3900x. 3900x is nearly 5 x faster and by the time it is done the m1 completes in a longer time. Drawing more electricity over that longer period of time. I actually benched my m1 to the 3900x. That is for the base m1 and 16gb of ram.

Well, that saves me some digging, Anthony talks about this in the new LTT video discussing the march event. It’s at about the 5:30min mark

Oh great thanks!! ill take a look on my lunch break

I am really looking forward to someone hacking the new monitor.

It is basically an iPhone 13/iPad. It has an a13 processor… In the monitor, jusy for the multiple cameras and microphones, power delivery and USB support. So wasteful when there is a chip shortage instead of using dedicated chips that only do that and are a lot cheaper and more efficient.

But hey if someone can get fill iOS running on just a monitor… Well that does away with most of the need for the PC.

I know the studio is a power user machine I just mean in general use.

But it’s smart from manufacturing and business perspective. They don’t have to retool pre-existing processes or get rid of old stock, plus they can reuse the circuit board from damaged/rma’d units.

It is a PC, the phone tablet and monitor are additional new things all announced AF the same time.

This is the new Mac pro basically.

I am not so sure. The are still putting a13s in the new phones. So this is additional overhead and strain on a tight supply to put the same chip in phones, tablets, professional tablets, monitors and probably a few other things.

For the things that make use of the CPU and GPU onboard, great that is actual use, but a webcam and mics with some USB power negotiation on the side is a huge waste of the previously “most powerful mobile processor”.

I mean that can play games verging on very high end and do.productivity and video editing… But no make it run a webcam.

Well there is the studio and studio display. I’ll be getting both hopefully as I got a £3200 refund for my old display and able to grab the 2x Studio Displays for the same price.

Did you get a chance to watch the video? Make sure to put your new Mac Studio on a UPS

never know when a power outage may occur

It has an a13 processor

Is it possible they might be binned A13s that didn’t make it into phones? I’m sure it wouldn’t require the entire chip to run the monitor’s few functions.

It’s not so much the amount per TB, it’s the fact that it’s actually fairly slow to what’s on the market; you can actually start a write process and you have time it interrupt the process, ie, power outage during file movement would lose the data

I believe one of the Asahi Linux guys found this while trying to reverse engineer the storage drivers. 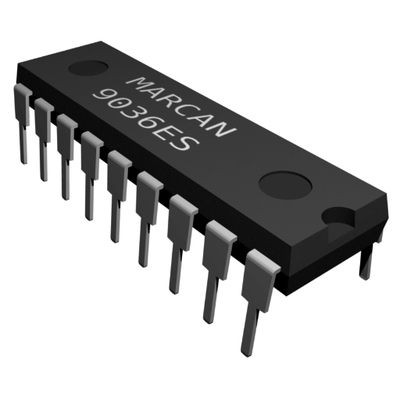 @marcan42
Well, this is unfortunate. It turns out Apple's custom NVMe drives are amazingly fast - if you don't care about data integrity. If you do, they drop down to HDD performance. Thread.

I would be surprised if this is the case on the studio. I think they did this on the laptops because the battery lets them get away with it.

Of course, that’s not to say the pricing is reasonable. I just would be very surprised if they allow huge unsafe write buffers on a device without a battery.

I’m still waiting for a a viable Vagrant provider (other than Docker) that will run on M1 at which point I’ll get a macbook pro. The studio is overpowered for me.

If you’re right, that will certainly be a blemish on the platform though. Can you imagine it on the Mac Pro. You spend $20k on a computer and your insane 3D project gets corrupted because you kick the power cable. Yikes.

Also, the numbers don’t entirely make sense to me. If the actual drive can only flush writes at 46 IOPS but the buffer can sustain 4000 IOPS in fio, how does that not balloon out of control in real world use? If you were running anything that required high sustained IOPS, how would the storage ever catch up? The buffer would fill up after a short time and take forever to flush. Maybe I don’t fully understand the mechanics though…