Another one of those "What Laptop Should I Buy?" posts

Hey peoples Ive got $1500 USD to spend on a laptop that i'm mostly going to be using for mobile gaming and video editing. I also do other workstation style jobs like music editing and animations but not horribly demanding. I know these questions pop up all the time but i have just been out of the hardware game for a while and would like some help getting a good bang for my buck.

I'm not picky either. 15-17" is perfect for me. I don't care about backlit keyboards, webcams, great speakers, aesthetics, weight, size, sound, smell...
Really all i'm looking for is good hardware to run windows 10 and/or linux on. A good keyboard and panel with enough input/outputs for things like mice, capture card, HDMI out etc..

I've been looking at things like the MSI GS70 STEALTH-280 or the ASUS ROG G751JY-WH71 off amazon for a while now and would like either some feedback on those or some suggestions for alternatives because I trust the general consensus here more than on amazon.

Do you already have a solid desktop PC?

fortunately I do have a good PC build otherwise I would be tempted to get that ridiculous MSI gt80 that just got posted and use that beast as a dedicated device. I'm really looking for a mobile "workstation" but it doesn't need to be god-tier it just needs to be able to fill in when I'm out. I figured $1500 would be okay, but hey like i said mobile hardware isn't my forte.

Well, do you want something portable with good battery life? Or a workstation that can game?

As mentioned I really just want good hardware for a workstation. Battery life and "portability" aren't really a need for me it can be as thick as a dictionary and sound like an airplane taking off. I'm not the type of person to hole up in a coffee shop and play League all day, more like the kind of person that will just sit at an empty table in a hotel room or a guest room with my laptop plugged in almost 100% of the time. I also use a USB mouse so the trackpad can be rubbish for all I care as long as the keyboard is decent.

Actually they just announced this thing, that has a free-sync display on it, probably the best thing to go for just for the display alone, just pick up an SSD with it and you should be set

at least as far as gaming goes, Carrizo I think is around a lower end i5 as far as CPU performance goes

Really alienware isn't too bad a choice given how beefy the cooling on the laptops is, and it has a skylake CPU

although I'm sure you could get better hardware at that price, well maybe not, I searched for i7 + 940M and above and didn't get much around that price at newegg

With the unstoppable mobility and awesomely intense graphics, the Alienware 15 gives you the power to take the game further than ever.

I used to have a lot of respect in alienware just like I did in Apple, and forgot about them when they got bought out and changed with hardware just like i did in Apple.
I'll look more into the 15 R2 though, and I am aways open to more suggestions as I'm in no rush.

That'd be the one to get anyways, the first level on it only has an i5 + 965M and the 17 inch just totally isn't worth it just for the slightly larger screen 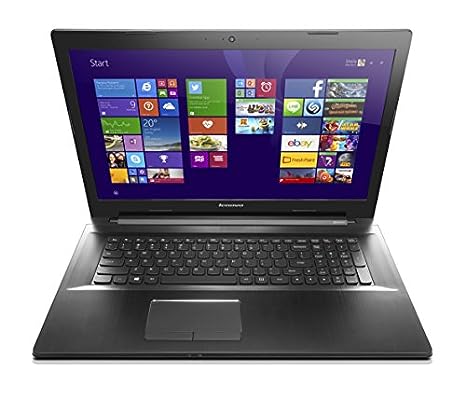 The affordable Lenovo Z70 17.3” laptop is just the ticket for those that enjoy big entertainment. Equipped with a brilliant display, powerful cutting-edge Intel processing, discrete NVIDIA graphics an ...

Hard to find one, but I doubt you will lack power with it. Prices vary a lot for them (if you find one). But they are damn good laptops.

Id look at getting a sager or clevo barebones laptop... In some cases you can get the same 980m/6600k thats in the $1800+ Laptops for $1500-$1600 and then later when you have the cash you can upgrade the unimpressive/meager storage and memory thats included.

Clevo is a new name to me. I Also forgot about Sager. Sager and Origin both make nice boutique towers in my opinion.
After looking around a little at the Clevo Barebones "DIY" laptops i'm starting to like the idea, as long as i find a chassis and panel i like. I'll look into it more and see just how much I can get behind it.