so Fedora 29 is out now. I just upgraded on my desktop, so far I haven’t noticed anything too different from a usability stand point

Upgraded night before last. So far so good, except I got one of these:

We 're sorry, it looks like BOOT_IMAGE=/path/to/kernel/image crashed. Please contact the developer if you want to report the issue.

I got a few of those daily when I first installed Fedora 28, then they magically went away. I suppose something got updated. I’m guessing this is a kernel segfault…

Aside from that one error, everything has been working fine, including a custom build of Wine I was sure was going to have a broken dependency. For the record, I updated from the XFCE spin of Fedora 28.

The transition was like always very good. Some 600MB of day one and two patches and it was good to go. Also it fixed the laggy desktop for me (AMDGPU).

Only thing that’s strange is wine, dxvk and lutris. I have vulkan-loader installed but lutris can’t find it when is try to enable DXVK. Also lutris needs python(abi) = 3.6 which doesn’t exist. Maybe that’s the problem? I don’t know…

I got that when Nouveau tried to load, so I did a live image boot with basic graphics and the problem went away. 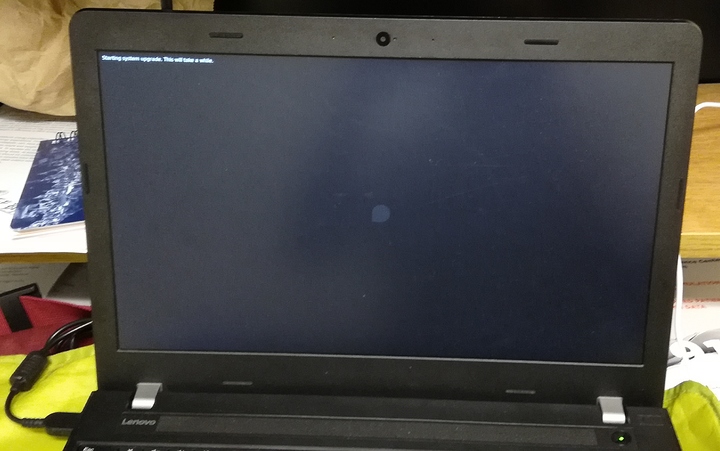 Update: it booted, now to watch over time of battery

I updated to 29, but now after I wake my system from suspend I can’t login. I see my wallpaper but then it doesn’t respond to anything. So I have to turn it on and of everytime.

After upgrading… I was not able to launch any of the “steam play” games… but native games still worked.

Gotta do a fresh install back to Fedora 28 now…rebooting back to old kernel did not fix it.

I am able to launch ‘Steam Play’ games, but with the same old audio problems I had under F28. I rely on a custom Wine build with a Fallout 4 audio patch that seems to correct audio issues with other games as well. To my surprise, that build didn’t have any broken dependencies under F29.

Currently waiting for repos to catch up (docker-ce, rpmsphere, virtualbox?) before upgrading.

Is it just me or did the frequency of system updates on F28 drop dramatically after the F29 release? Could be a reason to delay upgrading, but curiosity will surely prevail.

How many people have tried updating Fedora via gnome-software?

I have done it that way at least 5-6x

Doing one now via dnf

I don’t think it worked for my laptop nor my desktop.

I just used dnf to upgrade 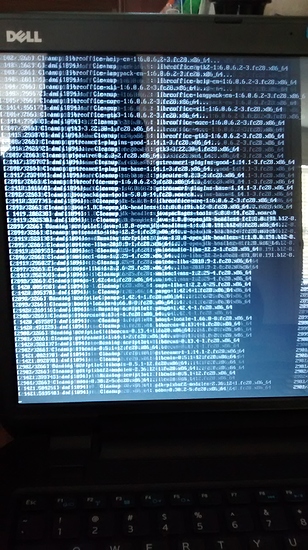 I’ve actually only ever done it via dnf. No 28 -> 29 upgrades yet though. My 29 install just happens to be fresh. Once I’m done tonight, I’ll start the upgrades though. I’ve got one fc27 and one cf28 to upgrade.

It should be for the most part dnf anyway on the back end just without the fuss of enabling and executing the commands. I just did it, it was flawless.