I’ve seen it and liked it quite a lot. It is such a nice overall story. Not too exciting, but just nice characters and art in a decently told story.

Sounds like something I should try. Added to PtW. 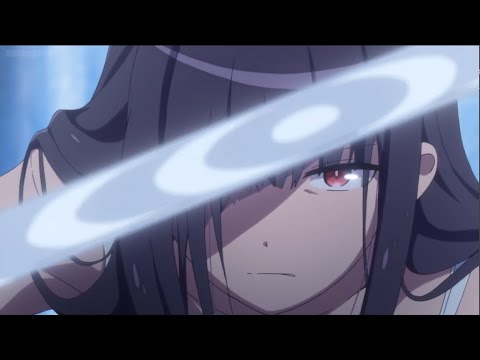 This manga is a massive roller coaster. The twists and reveals were insane! Art was also really good
https://anilist.co/manga/127169/Ijimeru-Aitsu-Ga-Waruinoka-Ijimerareta-Boku-ga-Waruinoka/

If you’re into vintage/classic anime, don’t ignore the OVAs from that time period. Unlike the straight-to-video stuff that we know of today, back in the 80s and 90s the industry was so cash-flush that a lot of OVAs had movie-quality productions and many were animated by 1s and 2s with good sound and lots of creative effects for cel animation fans. If you only watched television series (+Akira), you’re definitely missing out on a ton of quality content.

Stuff like Riding Bean and Gunsmith Cats are both action series with broad appeal and the latter has some very notable animation.

Area 88 is basically Top Gun, but somehow even more 80s. California Crisis is also super 80s but not as good. However, nothing compares to the 80s “masterpiece” that is Cipher the Video and I’ll let you discover that little gem on your own.

If we’re talking aviation combat, might as well bring up The Cockpit, a collection of three short stories taking place during WWII. Yukikaze is another one but much more futuristic sci-fi.

Crusher Joe is okay, but the original movie is better and reminds me of OG Star Wars.

El-Hazard is OG isekai and the original has really good fantasy backgrounds.

Although if we’re talking high fantasy, that crown unquestionably goes to Record of Lodoss War, the series inspired by an actual Dungeons and Dragons campaign that was serialized in a monthly magazine and was so immensely popular that it spawned an entire multi-media franchise. It was often referred to as the Lord of the Rings of anime well before Jackson’s trilogy was ever a concept. The hand-drawn backgrounds in the original are absolutely stunning and remind me of fantasy oil and watercolor paintings.

Royal Space Force: The Wings of Honneamise is a full-length feature film from the 80s, but criminally overlooked when compared to something like Akira. It is basically a slow burn about the russian space-race, but the ending makes it worth it.

Patlabor is OG mecha and often revered as one of the most realistic series in the genre and has a couple of follow-up movies.

While we’re on the topic of realistic mecha, Flag is more recent, but gives an incredibly poignant perspective of the humanity behind war and tells the entire story framed from behind a camera lens.

Coo of the Far Seas is another obscure movie that is basically Free Willy with a sci-fi twist.

Dallos, Megazone23, Blue Submarine No. 6, and Freedom are all sci-fi series, as well as Iria: Zeiram the Animation which has a strong female lead.

I’m also going to plug my all-time favorite obscure anime, Teki wa Kaizoku: Neko-tachi no Kyouen, or The Enemy’s the Pirates!: The Cats’ Banquet, and if you can’t tell by the title alone, this is an episodic sci-fi/action/space adventure with slapstick comedy featuring several tracks from the Japanese-American metal-fusion band Air Pavilion (Danger on the Streets and It’s Only Love) who were most well-known for featuring the last recording of metal guitarist Robbin Crosby on one of their later tracks.

Trava: Fist Planet is another obscure one, but is worth watching if you enjoy well done Clerks-style casual dialogue and classic sci-fi aesthetics. The sequel would later morph into the massive full-length feature film project Redline that uses over 100,000 hand-drawn references and will most likely be the last of its kind.

Not sure why I feel I should mention Massugu ni Ikou, but if you like slice-of-life shows and animals this one has the most realistic animation of dogs I have come across and I’ll frame that by saying I am a huge fan of the Ginga Nagareboshi Gin series so I’m not just saying that casually.

I’m probably forgetting a lot, but those are some of the more notable, lesser-known stuff that I have seen (~2500hrs in the past four years) and would recommend to others. I like a wide variety of genres, but there’s automatically a soft spot for anything considered classic or even just evoking strong nostalgia.

Ah yeah! Gun Smith Cats and El-Hazard!
It has been so long since I watched those

Had to think about R.O.D: Read or Die as well. Though I’m surprised to see that it already from '01. I thought it was late 90s as well.

So many nice things which were OVAs back then. But the whole distribution system worked differently in those times, now you have a lot straight to net releases as well. Those are (in a way) kinda similar to the OVAs of yesteryear.

This was better than I expected, saw it posted in the tachiyomi discord. If you like the setting of Solo Leveling, this is pretty similar but goes in a different direction with plot.
https://anilist.co/manga/123591/D-Genesis-Dungeon-ga-Dekite-3nen/

Had to think about R.O.D: Read or Die as well. Though I’m surprised to see that it already from '01. I thought it was late 90s as well.

The 2000s in general were an interesting time period as the industry made the switch from mostly analog with cel animation to purely digital within the decade. It would be easy to dismiss the CG in something like the first season of Initial D as cheap, as that’s what we tend to think of it currently, but those were actually high dollar special effects at the time. Blue Submarine No. 6 is another example of animated CG mixed with hand-drawn static backgrounds, but in modern animation you tend to only see hand-drawn animation for action shots mixed with digitally drawn backgrounds. You really do have to dissociate just a bit as the CG can be immersion breaking, but you also have to kind of put yourself in the perspective of a new viewer two decades ago who wasn’t familiar with digital animation to get the full enjoyment.

The worst one I can think of is Dear Boys (localized to Hoop Days), which the best way to describe it would be an early 2000s Slam Dunk with the shoujo dial turned up to a solid 7, so a bit heavy on the drama (but no worse than Slam Dunk either). However, the biggest issue was that the basketball itself was one of the few elements that was digitally animated with CG and if you were to say to that you have not seen anything as janky since the first season of Intial D, you would be correct as the same studio also did the CG animation for that as well.

I must admit that even though I have heard of R.O.D. enough to feel like the synopsis sounds familiar, it wasn’t on my list yet even though it checks off all of the boxes that usually interest me. I found an H265 source as well so that one will probably end up in the collection when I’m done with it. I had never really thought about archiving stuff I liked in the past, but when KA got nuked for the last time it made me change my mind as there was so much obscure stuff that vanished overnight. I think the torrent scene has definitely gotten better since then, but I always have to wonder if there was anything on there that really did get erased forever.

Oh and here’s a bonus for those who both read all of my ramblings and the tl;dr’ers alike, there have been many anime about the technical aspects of making anime, but one of the most well-done examples is unquestionably the more recent Eizouken. I highly recommend this fantastic single cour show to anyone and everyone as there is so much to enjoy and for all the right reasons.

For the whole rambling;

Yes, Eizoken is wonderful! I really like how they take you along through the process of crafting an animation. My initial impression of the animations weren’t great if I’m being honest. But the style really grew on me as I watched a few episodes.

Furthermore… I had a time where I saved all the material I watched, but I gave up on that years ago due to the storage needs/costs. It is a shame to lose resources like KA. But I’ve always loved initiatives like BakaBT to select and keep available any of them.

I almost never rewatch series, so for me personally it isn’t that much of a loss to not have it all stored (locally). But if I find anything older which I want to watch, then it is sometimes hard to get a hand on it…

And while streaming platforms make it more accessible, they’re finnicky in availability over time. Which honestly only makes them usable for new material.
Though I currently do greatly appreciate the ease of which I can watch new material on Crunchyroll and Wakanim.

Read through the first 3 chapters, this series is funny as hell
https://anilist.co/manga/130548/Kenja-ga-Nakama-ni-Natta/

Same, re-watching just isn’t on the table when there is just so much that I haven’t watched yet. My completed and watch lists ended up growing at about the same rate and now they’re both over 600, but I’ve also transitioned to mostly seasonal watcher at this point. And I’m well past the point of worrying about ever finishing my watch list.

What’s BakaBT all about? I’m not familiar with that one.

This series is funny as hell!
https://anilist.co/manga/130548/Kenja-ga-Nakama-ni-Natta/
I wouldn’t be surprised if it gets animated

Anyone read the recent chapter of call of the night? I’m pretty sure the character at the end is Lira
For context

Anyone able to recommend a good site to get manga from, not looking to give Amazon anymore money than I have to

Have you generally had good experiences with them?

Seems they are happy with them

RightStuf got me with their birthday sale and I ordered a few things. I can’t believe I did not have Wolf’s Rain on bluray, so it will be great to watch this classic again next weekend.

RightStuff is good, their packaging is way better than Amazon

I love rightstuf. They pack your weeb stuff like their lives depend on it. Which they do in a way…

I have purchased many Blu-ray’s and manga from them when I was more into collecting. They are pretty solid but sadly I went with Amazon for the majority of my collection as it was in stock and sometimes cheaper.

You can definitely see the care Rightstuff takes in packaging your goods as well. They fill the void as much as possible or use appropriate packaging to ensure nothing moves around and gets damaged.