new anime ss there now give it a go

WANT. TO. WATCH.
(even if bunny girl senpai is clearly a better waifu)

Wasn’t oppai so I didn’t know by default.

Giving Netflix’s Evangelion dub a watch and I am already meh about Shinji’s voice. He’s so soft spoken now I almost thought he was a Rei.
Asuka sounds like she’s trying to put on a tsundere tone, but comes off as soft and it just feels rather generic. Hopefully they get better later on in the show. All of the other characters so far sound decent and somewhat similar to the ADV dub voices.

There is no fly me to the moon ending music because Netflix is too cheap. They probably could have just licensed for a few regions, but whatever.

Also I was reading through some of the online comments and apparently the German dub is very very bad.

watched this, was pretty enjoyable and a good time filler. 8/10 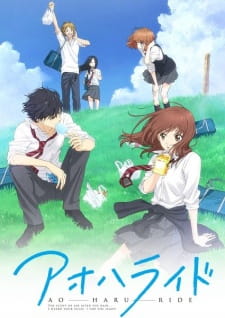 Futaba Yoshioka used to be an attractive and popular middle-schooler—well liked by the opposite sex, but ostracized by the girls. Nevertheless, she was able to brush all that off, because the only opinion that truly mattered to her was that of Kou...

ok so this is just like the [Thread Game] Guess That Movie but for anime post a screen cap and people guess what anime it is. give hints if necessary and whoever guess’s it gets to post the next screenshot. game never ends and the point is to have fun and find new stuff to watch. i’ll start with what stumped the normies [image]

The Follow up series to My Lesbian Experience with Lonliness is the authors autobiography in dealing with depression, anxiety and her sexuality which makes this less about entertainment and more about being direct with some really uncomfortable topics. The art style is bare and i think works best with the subject matter but also rather endearing. At less than two hundred pages this took me quite a while to read because it can be too heavy times but i look forward to more as I’m genuinely rooting for the author. 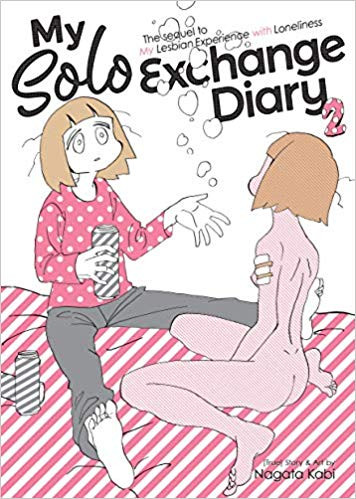 Stray cats portrayed as delinquents, what else can i say? 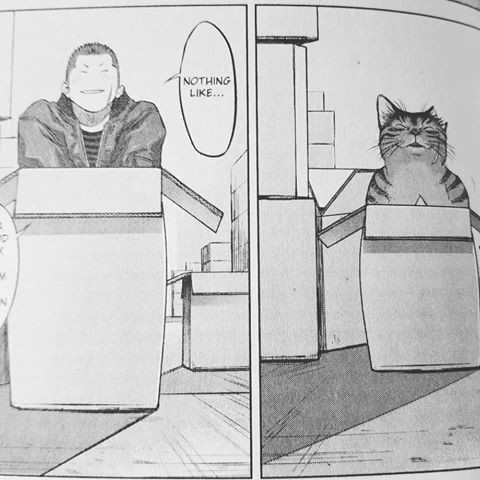 I Married My Best Friend to Shut My Parents Up

Pretty unfulfilling yuri, it glosses over major conflict to fit into one volume. Overall unbelievable story because nothing ever really happens and I can’t really see this appealing to anyone. 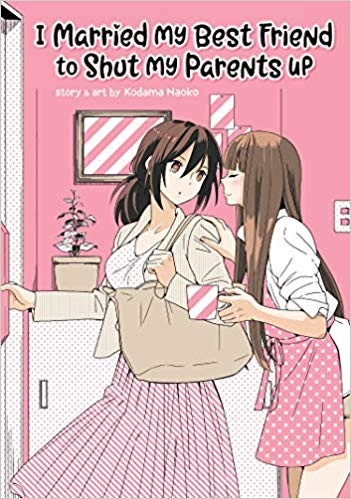 it just keeps going with the WTF while steadily building the plot with the invaders and still focusing on the main characters lives, I read though this way too fast. 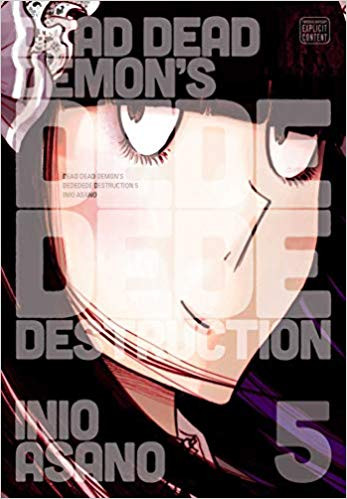 I’ve read a lot of lack luster Magical Girl manga trying to put a twist on it and i wasn’t really sure about this one either but damn this had me rolling with its angry chain smoking high school girl. 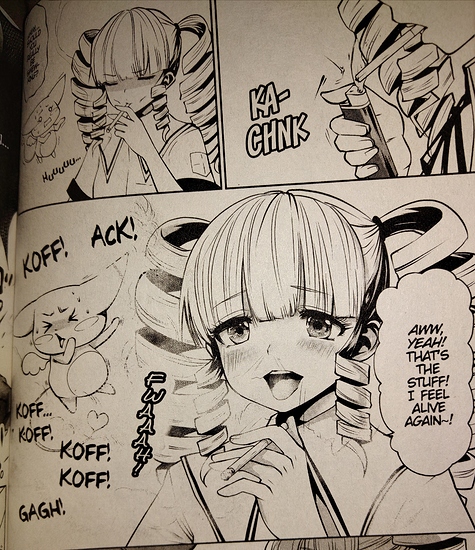 O Maidens in your Savage Season

The girls in the literature club are obsessed with sex many antics ensue as they try come up with euphemisms and code words for SEX. It’s a wonderfully fun story with this group of less than popular girls. I didn’t realize it was written by Mari Okada (Kiznaiver, AnoHana and a lot of other stuff i love) and it’s also getting a anime THIS SUMMER SEASON 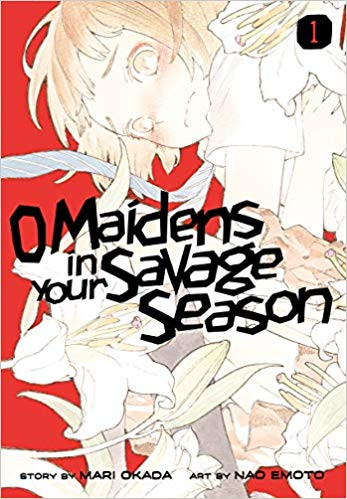 The Silent beauty Komi-san is just scared too shitless to talk to anyone and by chance Tadano comes to realize this and decides to help her make friends.
There are two great chapters where Komi and Tadano have a conversation with a chalk board that is damn touching. The Series is kept balanced with massive cast unique characters for comedy and their own personal arcs. The manga is over 200 chapters now and going back and reading the first volume made me realize how consistently good this series has been with no lulls.

Aka Friendship is sadness, the origin story of Fairy Tail’s first guild leader. Just like the main story it’s all about friendship and shit but in this case it’s not used to completely retcon bad story decisions. I enjoy this because I it doesn’t anger me like the main story and this ends before it does something stupid. 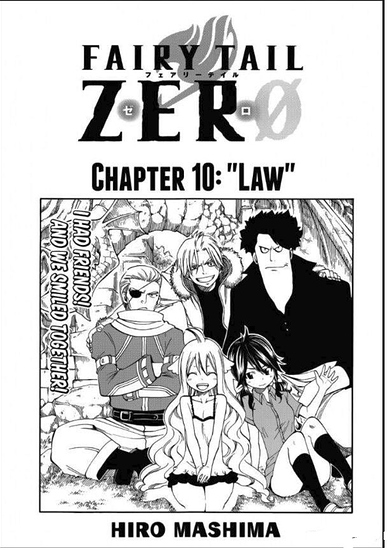 Aka Friendship is sadness

The short part about Mavis’ origin story in the main series was already sad af.

Alright, update time.
I’m not going to go in-depth with some manga cause they’re L E W D. You can look for them yourself.

Stand Up / Brawling Go
It finally has an ending. Took way too long as most chapters in the last third felt like nothing of importance was happening at all.

Impotent guy goes on a hike with a female friend. When they discover a phallic rock in the mountains he gets bitten in the crotch by a snake. All of a sudden he’s not impotent anymore but that only leads to problems.

Kanojo wa Kannou Shousetsuka
Too bad the translation was abandoned by the scanlator even though the manga itself is finished. It’s a bummer as I really enjoyed it. Not really prudish but pretty tame considering it’s about S&M. The balance was just right. At least the scanlation doesn’t end with a major cliffhanger.

Newbie editor for an S&M erotica publisher gets to work with his favorite author. He’s stocked af but it turns out her research methods are a little more hands-on than he imagined.

Gyaru Kuri!
I’m only a handful of chapters in but it sounds interesting.

Typical high-school nerd ends up living with the #1 Gyaru of his school.

I know, the description doesn’t sound like much but they’re complete opposites. Having those kinds live together should guarantee for funny situations.

Ibitsu
It shows a different side of S&M which can appear sick and disgusting but at the same time it showed me that those bonds ran deeper than I thought. Tugged my heartstrings in the end.

Look it up yourself.

Other than that I just kept up with the latest chapters of my main series and added a ton of new ones to the “PTR” pile. 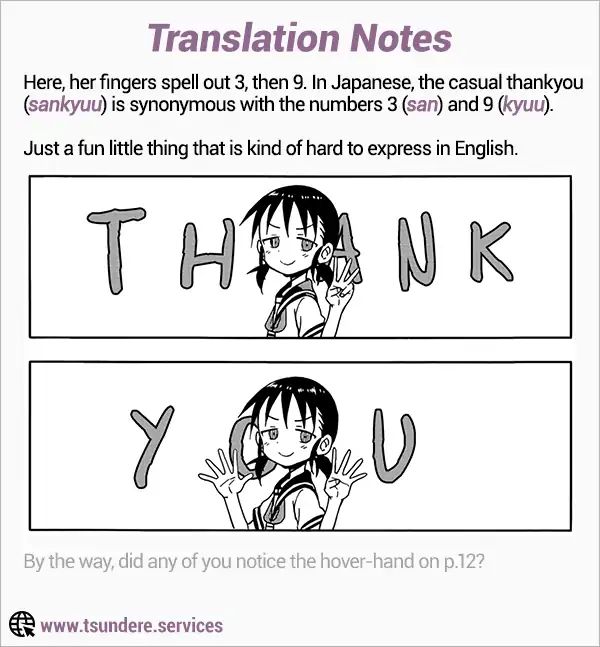 I suppose this is long overdue…

MOBILE SUIT GUNDAM THE ORIGIN Advent of the Red Comet has been great so far. Good pacing. Character development. Prelude of terrible things to come. I’m really curious as to where this anime takes the story because it is about to get into the time frame of when some of the events of Mobile Suit Gundam happen.

MOBILE SUIT GUNDAM THE ORIGIN Advent of the Red Comet has been great so far.

how many episodes are out? i completely lapsed on Gundam

EDIT: wtf it’s concluded? was I asleep? what???

how many episodes are out? i completely lapsed on Gundam 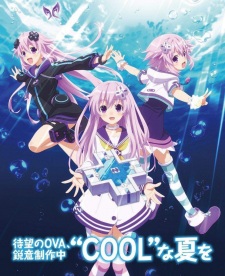 Looking for information on the anime Choujigen Game Neptune The Animation: Nep no Natsuyasumi? Find out more with MyAnimeList, the world's most active online anime and manga community and database.

There gonna be an OVA of that?

I don’t know how he got all of that from this movie, i hated it. I didn’t want to but i felt all the characters where just so damn bland. Sure the dying girl is your typical cute energetic type but they feel almost calculated for mass appeal. In fact the whole story feels that way almost as if no emotion was put into it.

You cray. I enjoyed it quite a bit, but I definitely didn’t get all that which gigguk was talking about, but next time I watch it I’ll have more to think about.