Hello Logan, Im a broke cheap ass 16 year old who is in need of a cheap gaming PC. I have seen your older videos with the AMD APU, and now that the Richland APUs have come out, they are better in performance and still realy cheap, And you havent come out with a improved cheap gaming rig I made a list of parts for a rig to replace my xbox. I would like to know what you think about the build, if it could be better and/or cheaper, and what graphics cards I could run crossfire with it (I looked everywhere for a card I could crossfire and I couldnt find one). I also need a motherboard with HDMI capable of 1080p some wouldnt support 1080p.  Thank You!

The new A10 supports 2133 MHz ram out the box just grab a set of higher sticks it will get you more perfomance out of the intergrated video on the chip.

My suggestion to you wouldn't be an APU at all. It would be a dedicated GPU (7770) and one of those new FM2 Athlons, they perform quite good for what they are. I put together a build on Newegg for you, and kept it  $10 under what you already had (Including Shipping). 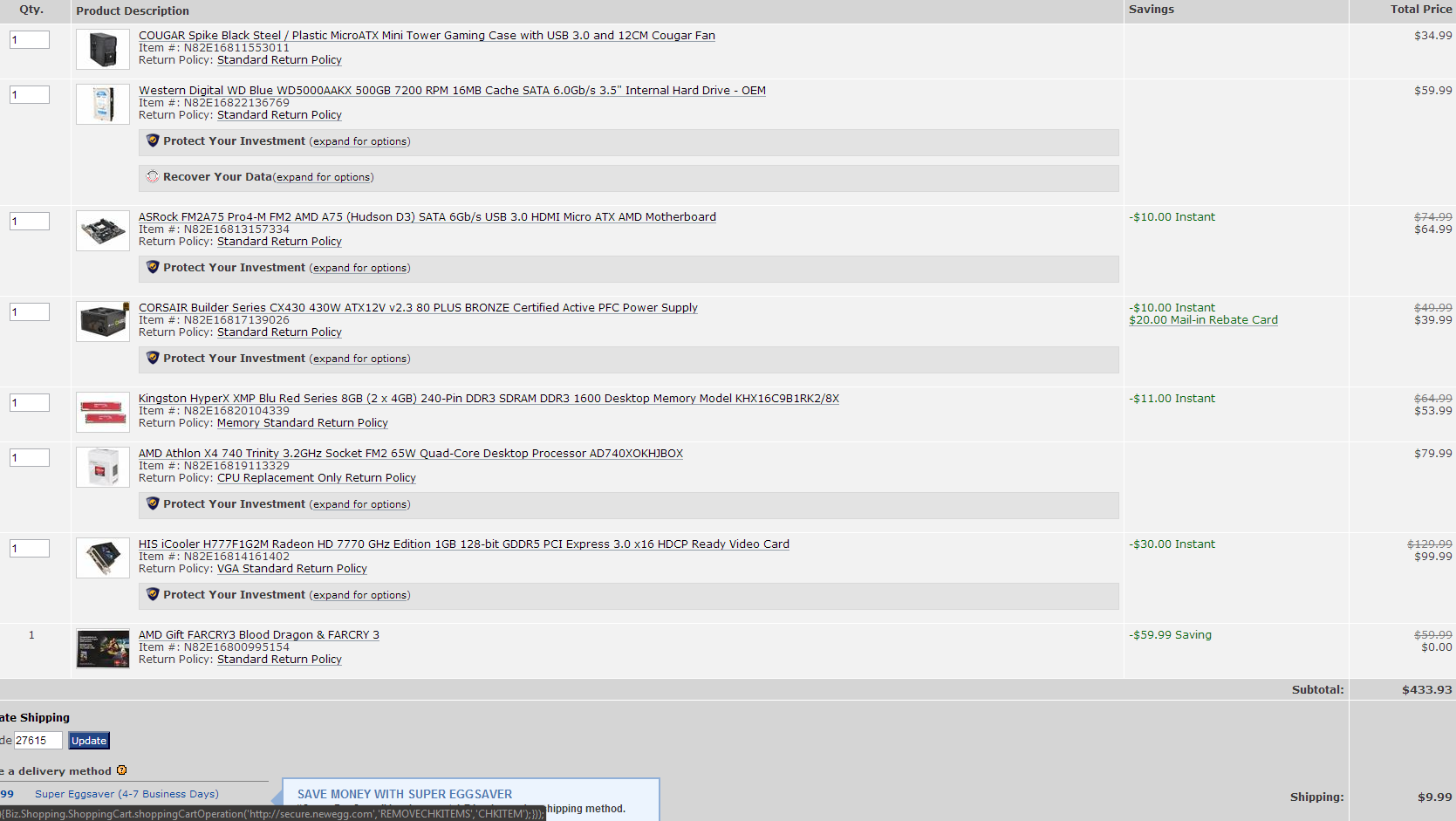 I would go with this over my own option. Obviously the 6300 > X4 750k. Didn't think you could build it for that cheap though. Hahaa gotta' love that Source 210 case, am I right?

here's my take on a  $459.77 build, price before mail in rebates and after free shipping opts

only the top grade ones, that's why they said *up to, like the 6800K, but you can still OC past that on earlier lower end models just like you could get 2133 on Phenoms even though its not supposed to go past 1600

Nord496 how much more would it be with a high quality wifi card and good thermal paste.

Here you go. http://pcpartpicker.com/p/1796k The wifi card is on sale and today is the last day.

Wifi cant be that expensive

Depends on how you're gonna use it. If your router is nearby and you want to use wireless, you can go cheaper. But if you're pretty far from the router or if you have concrete walls like me, you'd need to get some decent ones