ok so here's the problem, i just bought an hp dv6z-7000 with an amd a10-4600m apu and for some reason my computer is only using the radeon 7660g that is integrated into the apu instead of the radeon 7730m that i had put in it when it was built. i even tried the switchable graphics nonsense and there was no observable difference. i have tried using open hardware monitor to see if it was doing anything at all and as i thought it isn't. i have also checked the drivers and it says its up to date. i was just wondering if anyone could help me here because i was thinking of disabling the 7660g to see if the 7730m would kick one but i dont know. 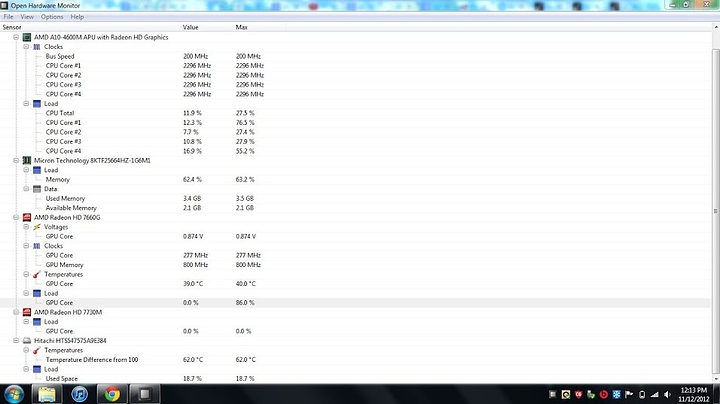