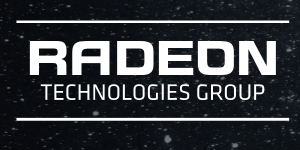 AMD is today announcing GPUOpen, a comparable set of tools to GameWorks.
As the name would suggest, however, there's a key difference between
GPUOpen and GameWorks: GPUOpen will, when it is published in January, be
open source. AMD will use the permissive MIT license, allowing GPUOpen
code to be used without any practical restriction in both open and
closed source applications, and will publish all code on GitHub.

good, just look at the intel's open drivers. Their drivers have improved 10 fold in last few years if not more.
Open is the way.

I really think it's AMDs only hope for capturing back market share....but time will tell.

AMD as well as ATI (When they were ATI) used to be pretty big on open source. What changed? Either way love this. Open Source ftw

i wonder if we'll be able to install open gpu drivers on windows.

AMD has been basically been the opposite of nVidia for the past few years as far as open vs closed. They really want to push for open and I think that the reason is simple. nVidia has enough money and resources to make good drivers and software by themselves while AMD doesn't. Simply put, open source benefits AMD more than it benefits nVidia. It also benefits everyone else more than closed would so it is a win win for AMD.

Open source drivers aren't an option. Nvidia isn't really competing with Intel in the GPU market. Now imagine if AMD went open source with their entire drivers. Nvidia would have access to their code and they could use it to figure out how to hurt AMD performance even more. They would look at how their drivers work and how they handle things like GameWorks and they would deliberately make GameWorks work even worse on AMD. Then they would push GameWorks even more aggressively. No one would be able to prove anything of course, because GameWorks is such a closed system.

This open source idea is from a purely business perspective kind of dumb. It doesn't incentivise people to buy AMD cards. If anything it does the opposite. Why would someone switch from Nvidia to AMD if they can have both functional GameWorks and the open source equivalent? You can only use one without performance issues on AMD. Unfortunately AMD needs to be more evil because people are stupid and they buy stuff from evil companies who sell them shiny things that barely work.

@ImprovizoR The biggest problem with Nvidia is: NO NUMBERS! They told the world: "Most powerful GPU ever." Numbers about actuall computing performance found online: 0

Maybe people need a smak into their face. I do not think so, time will tell.

well, the linux game world is looking more and more prevalent, lets hope this makes drivers on mint less like hell and more like purgatory.

i don't agree. but thats my opinion.

Here's a similar article from Tom's Hardware I just read through.

Yes @blanger , I second you on that. I've been thinking It's their better solution than losing money on winning the console manufacturing. Now, they can't run awy from it as there is nothing left to do.

The next hurdle to jump will be finding devs to send out to studios and teach the game devs how to use the kit. Nvidia has been doing this for a while, that's how we end up with "Gameworks" titles. Hopefully Radeon has the resources to do something similar, and they're able to push open software into the hands of the game devs.

One thing we can count on though is anything groundbreaking that Radeon does put in the stack, Nvidia will copy the technology and sell it at a premium.

I can kinda' agree with @ImprovizoR that it might not be the greatest of ideas for AMD and it could certainly end up causing them more harm but I think they are all ready to the point that Nvidia has them in checkmate as far as the market share goes. So with that in mind why not? it could hurt them but will in the end help consumers and of course Linux users along with gaming on Linux at least in my opinion.

We can all agree that Nvidia is just as evil as MS or Google, maybe this is the only shot that AMD has left.....

Here's a link to Anandtech's article:

They have a slide with a portion of the MIT license agreement. At the bottom it states that AMD's copy right notice has to be included in all copies or substantial portions of the code. So Nvidia would have to include that if they use any substantial pieces of the software.

Keep in mind the MIT license does not require the release of the source code, so nvidia can just scoop up the code and use it without telling anyone and hide the license deep in some menu. Its also required if any of the mit licensed code is used. Substantial refers to the software using the code.

This is long needed and a very good idea. Though I suspect will be terrible for a year or so till it all gets up to speed and worked out. In that year the hate will be huge. I hope it can survive the flak it will get to survive in to a finished useful piece of software.

Look at TressFX. It's open source and it exists only in one game (more to come in 2016, but it's still open source). TressFX works just as well on AMD as it does on Nvidia as long as Nvidia optimizes their drivers for it. If I had an Nvidia card and I love Tomb Raider, what is my incentive to buy an AMD card if that means I won't be able to run GameWorks titles as well as I used to? AMD has been historically cheaper than Nvidia. That's really all they have going for them. And it obviously isn't enough. They don't offer people enough deals because they don't have the money to bundle games with their GPU's. They don't have the money because they're not trying to win over customers aggressively enough with things like proprietary eye candy tech. TressFX is fuckin' unbelievable. I don't want to play Tomb Raider with it turned off. That's how much it adds to the experience. It's better looking than Nvidia Hairworks by a mile. Nobody likes proprietary technology here, but unfortunately that may be a necessary evil for AMD's continued existence.

in the first place that shouldn't be your incentive to buy any of those cards. If that was so, you are corrupted beyond saving.

those games they bundle are junk