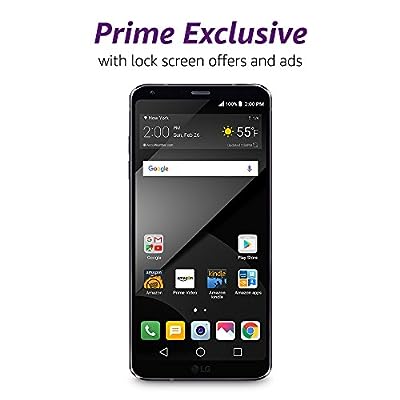 The LG G6+ is masterfully engineered to give you both a large screen and in-hand comfort. Enjoy an incredible viewing experience on the 5.7" QHD Plus FullVision display featuring Dolby Vision technolo ...

This includes a supped up version of the LG G6 which has 128gb of onboard storage; called the G6+.

I bought my G6 a few months back and it only had 32gb of storage onboard. It was also more expensive than this amazon prime exclusive.

That being said, it is amazon’s exclusive because it has something that non prime phones have. Advertising built into the lockscreen.

Does the extra storage capacity out of the box and lower price lean you towards the G6+?

Update: It apparently includes a hifi quad dac, which carrier locked ones don’t include.