AM4 Motherboards with Dual GPU + PCI (not Express)

I’ve got an unusual need that I’m not sure how to Google for…basically what I’m looking for is in the title. I want to find an AM4 socket board that supports both dual x16 GPU slots, along with old skool PCI (not Express.) I’ve got an old PCI sound card that has fabulous DACs and Opamps that I’d like to keep running into a new age. It works great under Linux, but does need some massaging to get Windows 10 drivers to work. And I’d like to set up GPU pass through as well to have the best of both worlds.

The only such board I know of offhand is the B350 Tomahawk from MSI. But I don’t think it has enough bandwidth on the secondary x16 slot to run a modern GPU. Any other suggestions? It would probably have to be an X370/X470/X570 board, but maybe the B550 chipset has enough bandwidth.

How about some type of PCIe to PCI adapter? Never tried such or know if it will work properly.

This brand might be crap but here’s one I found on Amazon.

With this PCI-E 1x to 2 Slot 32bit PCI riser card, you can increase the number of PCI slots without replacing your computer. Specification & Features: It allows you to plug-in up to two (2) full-sized PCI cards Compliant...

Biostar offered a couple models with dual-PCI-E and PCI.

I’m not sure any others offered PCI on X-series boards.

B350 Tomahawk from MSI. But I don’t think it has enough bandwidth

That secondary x16 socket (physically x16, electrically Gen2 x4) should have plenty of bandwidth for a snappy 2D “desktop” GUI - what’s “good enough” for the Windows 10 Aero desktop use case (PCIe Gen1 x1 - according to GPU-Z), should also suffice for pleasant Linux desktoping.

I gather, you’re running L’noox as your daily driver, using the secondary GPU - and you want something grunty passed through to your Windows Gaming VM?

I gather, you’re running L’noox as your daily driver, using the secondary GPU - and you want something grunty passed through to your Windows Gaming VM?

That is the goal, yes. Daily driver is a bit subjective. I have 7 or so computers I’ve accumulated, and it’s rather ridiculous. I’d like to consolidate into one gaming rig/daily driver (w/ Linux + Win10 VM), one server and a laptop.

I’ve built a chonkers monstrosity - Epyc 7402P 24 core + ASRockRack RomeD8 +lots of lots, and then some lots - scrapped the project, sold it.

For me, it was insufficiently convenient, fenagling and massaging all those quirks. Currently i’m dual-booting my Linux daily driver, and the Windows Gamer. It’s a B550 AM4 5800X?, the 8-core, 512gig Gen3 M.2 for boot, a fancy 4T M.2 Gen4 as Steam library. Heaps cheaper than the Epyc rig.

You might be surprised, how many services you can run on an i3 - you might not use all of those services simultaniously.

EDIT: i’m considering this project a failure, because it was bloody expensive, too expensive …for FOX sake, how could i ever… …yeah, nah!

This is what I have for a server - Dell Poweredge R420 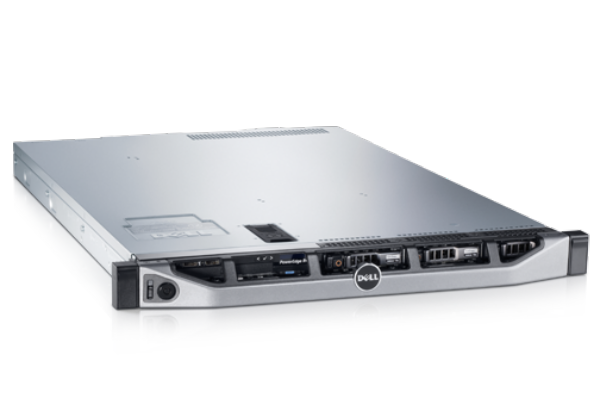 Honestly I don’t need that much in the way of services, but this thing was dirt cheap. Came with a 6-core Sandy Bridge-E, and I managed to scrounge up 64GB of RAM for it. It’s intended more as a homelab than a production server, but will be handling some ‘real’ server duties.

I have a defunct Dell ‘gaming’ tower that I can harvest an R7-1700 from, or an R7-3700X in my existing windows only gaming rig. It has an MSI B450 Tomahawk that’s just not really well suited to the whole GPU pass through thing, with the second slot supporting PCIe 2.0 x4 operation. The old Dell tower does have 2 PCIe 3.0 x8 slots, but is also limited to 1st or 2nd gen Ryzen and only has two memory slots

None of my other PCs comes close to being able to be a gaming machine. Hence the search for an AM4 board with my very specific and somewhat unusual requirements.

I’m not sure where you’re from (US?) - here, in EU (DE), there’s https://geizhals.eu/ (← the .eu domain is in English [Geizhals = skinflint/scrooge, it’s a product/price search engine]) - it’s got a great parametric search function! Alas, it’ll show only EU-local sellers, but maybe you can discover/filter what you need.