I intend to build a new power workstation.
Goal would be to runs multiple virtual environments ontop the primary OS.

As primary OS I kind of narrowed it down to Fedora or Debian. I intend to make use of KVM.
Also I want to do some HW passthrough.
First off I want to be able to run a W10 for gaming and passthrough a ASUS GForce 3070. PCIe-1.
My Primary GPU will be a GForce GT710 on PCIe-3

As I really like availability my goal is to have all my data on RAID1.
For primary OS and virtual discs I got 2 Gigabyte Aorus NVMe Gen4 SSD 1TB.
For data 2 WD Red HDDs 4TB for a second RAID1

As for the MAINBOARD I’m undecided. Initially I ordered a Gigabyte Aorus Pro, but that one failed from day one so I had to send it back.

Would be great if you could let me know your experiences with any of these boards if you got a similar setup.

At the moment I tend to go for the Gibabyte as my NVME come with massive coolers of there own and that board seems to have less integration of the NVME coolers comparted to the 2 other boards.

I have my personal server running proxmox (Debian based) on an MSI motherboard. Only downside is the stupid 2.5Gb nic doesn’t work. But I have a quad port Intel nic add in anyway so it works fine. Running on a 3900X but I am using a be quiet cooler. And I got another one for my main tower (3990X and MSI motherboard again). Been happy with both coolers. Really happy with the server one actually.

I have a HBA that I did pass through to a freenas VM too.

I would pick the gigabyte board from those three.

thanks for your feedback !

Apparently iommu groups on the gigabyte are ok and you can pick which pci-e gpu to use for booting regardless of which slot it’s in.

I have a similar quesiton, though I am going to be running a source based distribution as my primary OS. I have been leaning towards the Taichi, and dual radeons.

I picked up a X570 Aorus Master since that was a @wendell top pick and it seems in most threads its been recommended when people are asking to do pass-through. I’ll get my board this week so ill see how it goes.
I also want to OC and buildzoid likes the X570 Aorus Master, besides Gigabytes BIOS. Its got good VRMS and good RAM OC abilities. it seemed a good all around board for the price.

Nice one, I have the same board, it works great in Linux, and it’s super handy to be able to boot off the 2nd or 3rd PCIe slot.

Thank you all for your feedback.
I have ordered the Aorus Master, looking forward to finish my build.

I got my Gigabyte X570 Master, for anyone who cares here is a BSD Nomad out of the box hardware probe of my system. 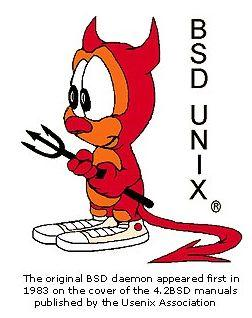 A database of all the hardware that works under bsd

Nice one, I have the same board, it works great in Linux, and it’s super handy to be able to boot off the 2nd or 3rd PCIe slot.

Is that a thing? You can’t boot off 3rd nvme slot?

I mean you can def boot off any of the nvme drives on there. I was specifically talking about being able to select GPU’s in either of the slots for your boot GPU, most of the other manufacturers limit you to booting off the first slot.