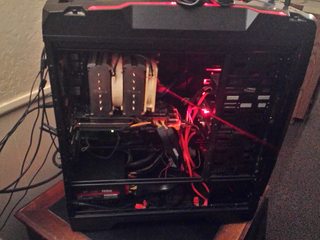 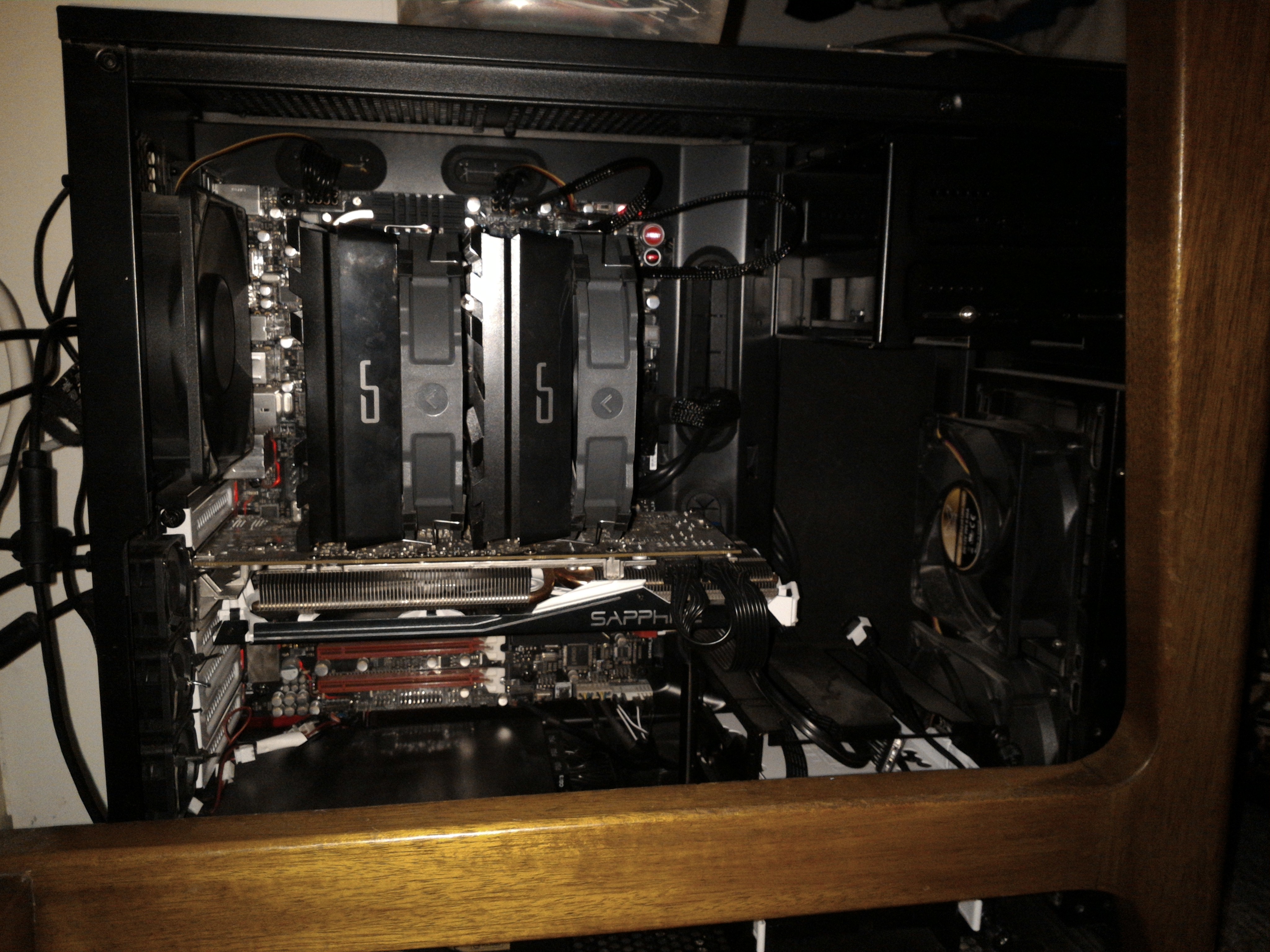 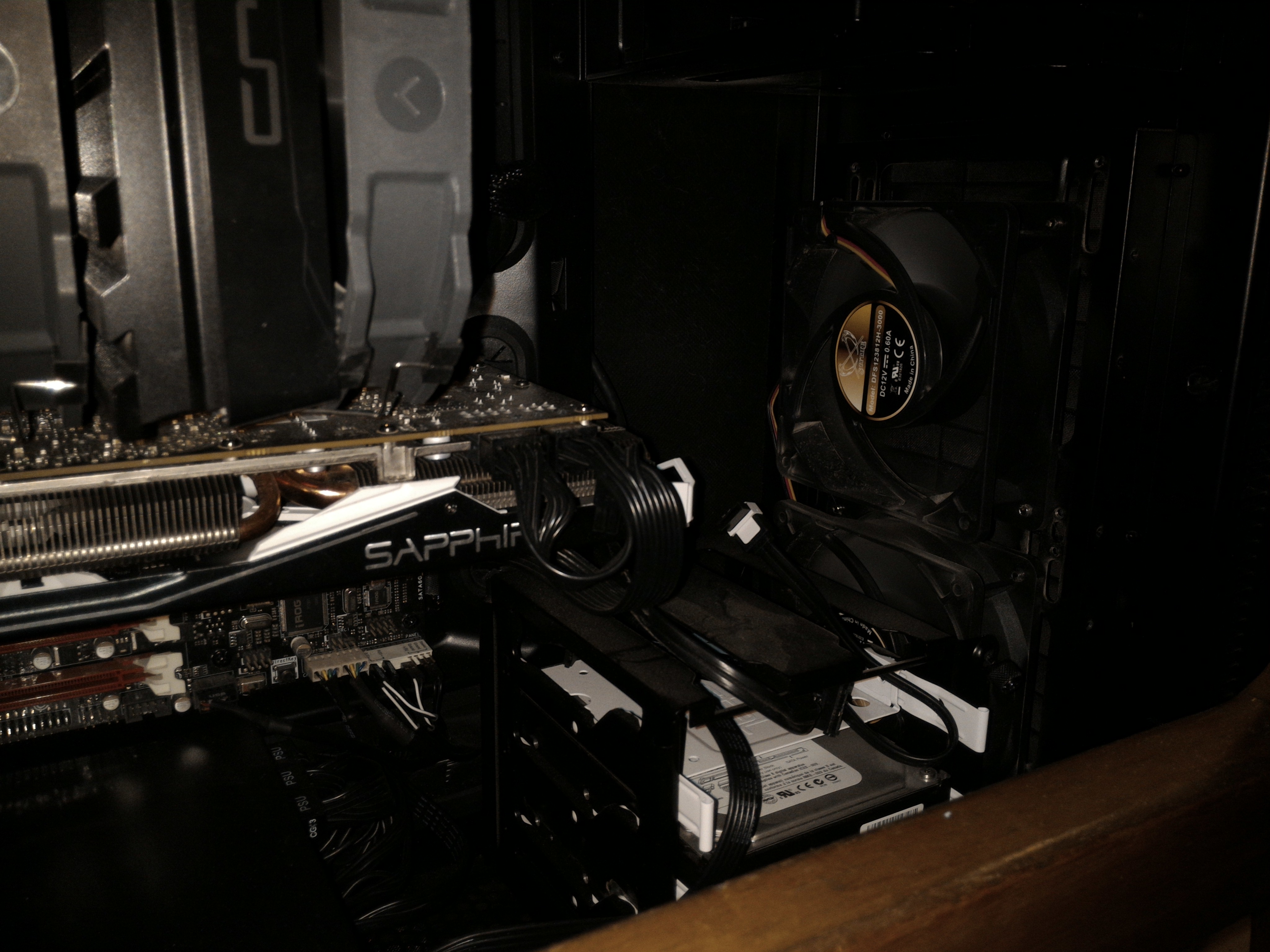 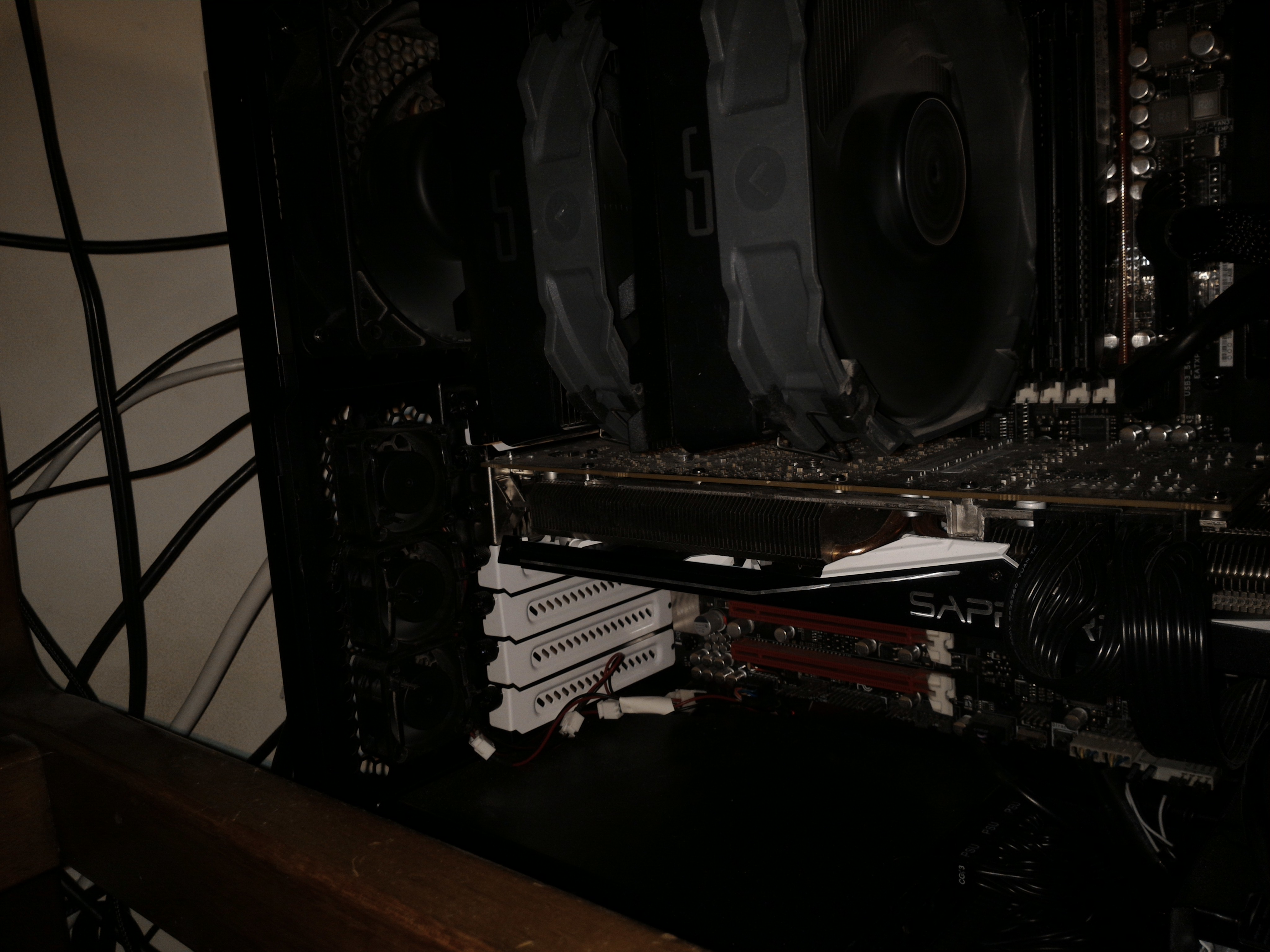 1VS4CdW.jpg4096x3072
Sorry for the low quality, it was under my desk and I didn't feel like moving everything to get a great shot. I need to dust too.

Highest OC - 5.28ghz. I don't have proper verification for this one, but I do have the readout from heaven!

Unique to my system:
-I got rid of my noctua fans for ultra kaze fans. Huge difference in sound, but holy shit do these fans cool when they need to. Not a problem with a reasonable fan curve.
-The Sapphire 290 in the build has been painted white to match the overall black/white/red theme, I also put better thermal paste and thermal pads on, VRMs dont go past 80s and max temp at 1150/1580 is 78c, so I'm happy
-The three tiny fans make about 1-2c difference, but no noise. I've been considering moving 1 up to blow across the VRM heatsink and one to blow across the socket of the motherboard to help with overclocking performance.
-I'm using a lapped 8350 and heatsink, honestly it took hours and only helped lower my temps about 5c, for me it was worth it but consider I spent about 8 hours total.

Plans:
-Add third fan to cryorig heatsink, try out the liquid metal thermal paste I have sitting around (worried about the impact with my lap job though)
-Upgrade to a 4k monitor // gpu set up. I'm not going to have the budget for this for about a month, so I'll get to see if fury x pans out. If not, I'll probably go with a 980 ti. Eventually I want to crossfire / sli those so that 4k is a no problem issue.
-Add a dual 360 rad custom loop. Not really a priority, but the reason I went with the PSU and case was so that I wouldnt have to switch for years to come, and the custom loop would just finish that plan out.

I think its cool we have a owners thread now, it seems like no one has amd chips anymore, they're all i5 and i7 builds.

It was feeling kind of lonely in here. :) 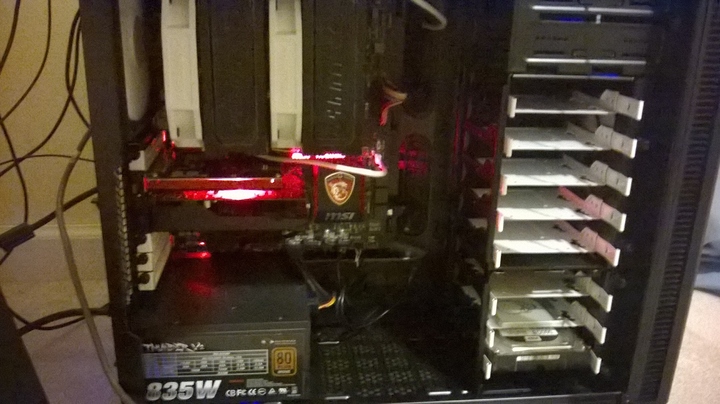 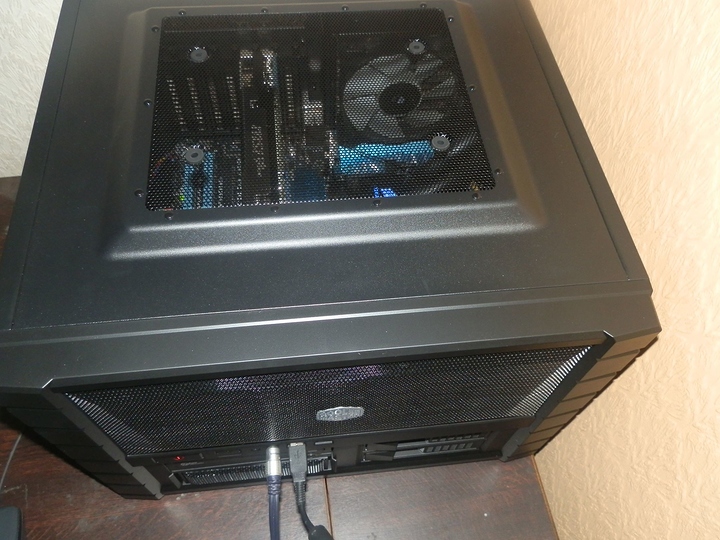 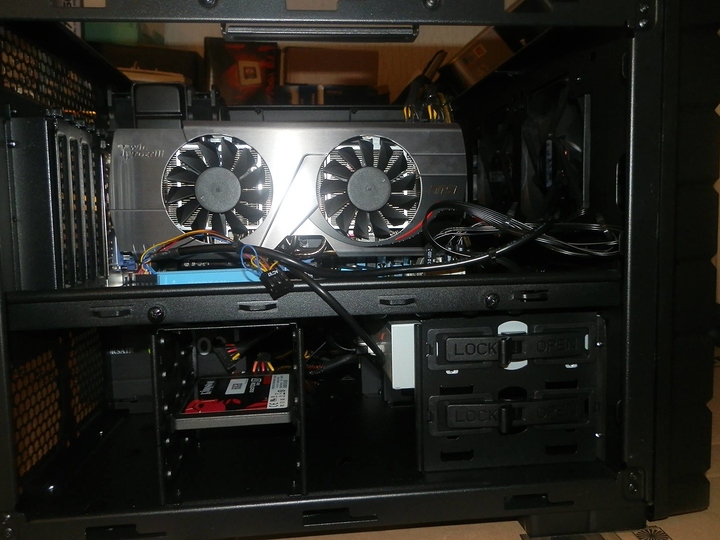 @JMcNulty99
First thing I would upgrade would be that gpu. Then go for one of the 8 core processors. the 8370 OC's a bit better than the 8350, and you could always go with a 9590 if you wanted especially with that cooler. Looks like a clean build though and everything else seems really well rounded!

@cooperman
Man I love the cube case kind of style. Hows that 7950 holding up? I always liked that style of cooler from MSI, I wish they would bring that cooler shroud styling back.

On another note, for those of us that are running overclocks, I think it would be kinda neat for us to post some detailed notes on the voltages, temps, and tweaks we've used. I know that stuff is all in the "show your overclock" thread but this way we could point people OC'ing for the first time to an area where they could get help for their specific type of chip. Plus it might help some of us push our speeds a bit more.

Those cards have always been beasts. I almost went with that exact card when I did my original build, I was thiiis close but ended up with a 7870ghz instead. Had an unexpected cost come up with school.

But I eventually abandoned ship.

Also, why is this pinned?

I like it, good design considering the cool air sucks in from the bottom and the hot air blows straight out the top/front

How boring the world would be if we were all the same. The case reminds me of the ocean and some of the shells you find along the coast. Very different but also very cool. Well done.

Do you guys think there is a way to get a better clock or am I golden?