Found out about this, since it got me excited, I decided to share it here.

"ALL Controller Play Any Game In The Universe"
"The World’s First Universal Gamepad. Play On Your PS4, Xbox One, PC, Mac, Android or iOS Device with Support for programmable Macros and Combos with Ease." 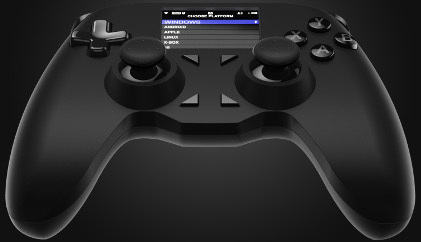 but they put the left analog stick in the wrong place!

When I happen to have money at some point, and need a controller and that thing is in my price range, then I will use my Logitech G13 anyway.

Seriously. Looks good. Having a pc-only version would be nice.

I thought we were going to talk about a control design pattern. Very disappointing.

you should make a thread about it

we'll take the ideas and sell it as the L1T controller
"because when ya want to be a peasant, you want to be the best damn peasant out there!"

is joke, i use them calm down.... be a good tag line however lol

also you should make a thread @chiefshane

I'll probably grab one if they have a small option. I need a PS3 controller to play any of the consoles :\ I can't play XBO because the controller is absolute piss compared to a PS3 controller for me. Hurts my hands. I am used to small tight playstation ones, not shitty, oversensitive, gargantuan plastic discs like the XB controllers :/