Advice on a new GPU

first of al thank you for reading this.

I have a really nice PC with decent specs. (see user profile)
The only thing is lacking is the GPU…

Recently I bought an 4K monitor and it is really gorgeous.
Sometimes I like to game a few rounds and hop in to Windows.
Only to find myself turning the settings down for a decent frame rate…
The inner masterrace in me is screaming at that point. (justajokeman.jpg)
I’m am not really a full time gamer and don’t need/run the lates titles.

GPU prices are stabilizing but I am not sure jet…

so… L1techs what is your opinion? 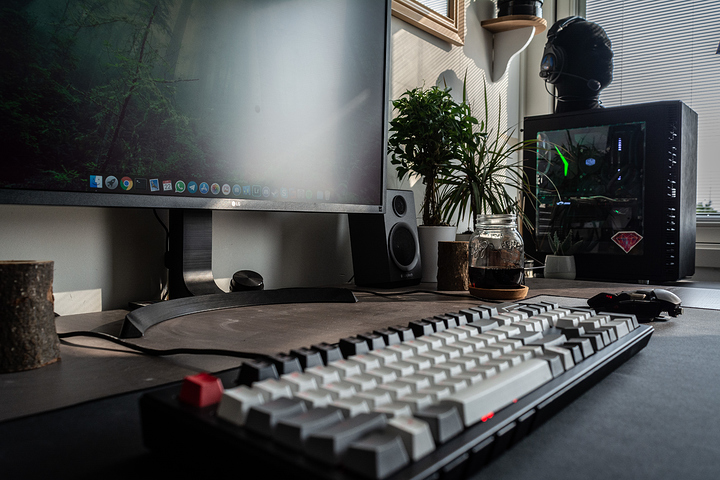 so… L1techs what is your opinion?

Well the prices are coming down so keep that in mind. Then also keep in mind that both sides are to announce new cards… soon… TM

For now? IDK my RX580 has treated me nicely.

I wouldn’t bother with SLI, most games don’t support it well. You will often get worse performance with it enabled than with just 1 of that card.

I mean, selling a 970 to get a 1070 even at the beginning of the life cycle of the 1070 is hard to justify because you’re basically setting yourself up to upgrade every generation. Doing it shortly before its going to be replaced with the 1170 just makes no sense imo. Especially as better high resolution support is very common with newer generations.

Tolerate the 970 until the 11 series comes out.

thank you!
yeah that sounds like the best option.

My advice: If you’re running macOS - get an AMD card.

Apple is likely to perhaps deprecate Nvidia support soon given that any machine with Nvidia GPU in it from apple is now considered “legacy” or “vintage”, and they haven’t made a machine with slots to put an Nvidia GPU into for 6+ years.

Sure, Nvidia MAY continue to support their cards via the downloadable web driver, but i would not count on it - because as above - there are no recent Macs with slots - so the effort vs. market for them to continue is small and shrinking. Buying Nvidia for a hackintosh or actual mac at this point is very much a roll of the dice, IMHO. It might work today, but in the near future - no guarantees.

If you don’t need to run the latest games at ultra detail, etc. An RX580 or even RX570 is a fine 1080p gaming card. Probably a better buy than Vega for what you’re doing at this point, especially with the pending release of new cards.

question, why are you running mac os with a highend system? why not just run 18.04 ubuntu which has better support and now looks like osx(gnome).

Well one of the resions is 4k support. I cant scale it to 150%. ( Maybe its fixed now, but when i tried it was pretty broken)
Mostly application support and eas of use.

If you telling me how to fix this i might give it a try.

I agree with you there.
But honestly, the only problem with hackintosh and ryzen is that ryzen doesn’t have an igpu.
The rest is al supported.

If i where you, if you really want it, would invest in a GPU that is native supported. Like the RX570/80.

Afther reading your speclist… Forget what i Just sad.
It should be working.

What problems are you experiensing?

i haven’t run macos on the current machine.

the main issue i have is with updates. i have a real mac for that anyway.

The trick is to use as less kexs as possible. And i directly install them on the uefi.