AdoredTV: The Way You Were Meant To Be Played

I purchased a few nvidia cards over the years. After watching this, it hurts when I sit down.


Adored is right, you can’t just enter the gpu market and start making you own silcone, and AMD does not have the money to compete. So, nvidia holding a monopoly only has to make GPUs that are slightly faster than the next fastest GPU.

Now, imagine a world where ATI/AMD did not make GPUs and Nvidia’s competition was Intel’s intergrated graphics:

Saw those already, they are very well done videos.

I wanted to make a video on it, but I decided not to upload it to the youtubes.

No new information in my rant apart on my take on the GT 1030 and comparing to consoles and alienware systems and the conclusion because it wasn’t intended for people that saw AdoredTV’s Video, but I needed to vent.

Watched these as he uploaded them. A great, long-term look at what lack of competition and a nearly cornered market does to the consumer. The Titan Xp is practically a challenge to quit buying nVidia’s products at all for shitty business practices but… nope. The Maya driver performance increase was another blatant example of how nVidia is also practicing market segmentation to sell its high end workstation products and holding performance back on purpose, simply through gimping compute via the driver. I remember the nVidia fans making a big deal about getting a “free performance boost” as if nVidia would have released it without the Vega FE crushing the Titan in that workload.

As far year over year performance improvements, I do understand there are going to be limits to increases without better software support and approaching physical performance limits, so I’m not very mad about missing the 100%+ increases over previous gens, but there’s a difference between releasing the flagship as a true top-of-the-line product, and releasing cut-down products (even if they have great performance) and save the real ones to throw at the market later. I’m excited to see what 7nm brings.

@commodore256 I agree about the GTX 1030/RX 550, although I really look at those as, as you said, video playback cards; products that a consumer will just stick in a HTPC to put behind the TV.

Yeah, it’s for older PCs that don’t have the codecs built in, but I think as of now, they’re way better value for gaming than the “Enthusiast” or “Mid-Ranged”.

I like the lowest of the low because it’s a good baseline and it’s low power and I like the little engine that could. I’m curious if AMD would ever make a card in that class again.

You think the “Enthusiast” bubble will ever pop?

Personally I think the enthusiast line gets muddied together with the “too much money” crowd and the latter is the one that the super-high-end is appealing towards. These are also the most vocal of “enthusaists” who like to brag about what they’ve bought, and not what they’ve accomplished.

In my mind the true enthusiasts buy what they can tinker with. Unlocked CPU’s, GPU’s with lots of open options, undervolting, overclocking, timings, BIOS flashing… these are enthusiast hobbies. Framerate bragging is just… pedestrian

In short, no, I think the “ultra high end” will continue to milk those with more money than sense for the foreseeable future.

Not a fan of overclocking unless it has a great warranty on it. Like Dellienware with the new Treadripper Area 51 5-year warranty of with is just a workstation with consumer GPUs and memory. I like long warranty options and Dell’s service isn’t bad, if you tell them the hard drive is bork’d and you tell them you know how to install one, they’ll send you a new one with the OS on it.

I feel if you’re going to be an “enthusiast”, you might as well buy Alienware. of which sometimes when the planets align, they have great deals.

I think buying PC are going to be like buying Cars, Car enthusiasts are buying late 90’s Japanese Imports. Why? Because being 20 years old, they’re cheap and a great value for money. I’m thinking The off-lease Dells are the PC equivalent with them being 5 years old.

Fairly decent videos. Some oversights and flaws but decent overall.

I learned quite a bit hearing those summaries of the last 15 years of development. I’ve worked in some technical capacity since 85, but my current card is also my first card. 1998 was my last build, I used laptops over that dark period.
Red Gaming Tech seems to que off of Adored occasionally.

“ultra high end” will continue to milk those with more money

Hence why I have mentioned before that I am sick to the back teeth of nvidia and Intel. That is why I went fully AMD this time around. AMD, at minimum, at least competed this year which made the decision to give them my money an easy decision.

Before someone thinks I am AMD fanboy, I have 3x Intel / nvidia machines and one Intel with a RX 470.

As a still-budding “enthusiast” I really disliked the 1070 I had in my machine. Selling it to a friend. It had performance but very little to play with under the hood. Vega 56 is much more fun, and I just flashed one of the BIOS’ to the 64 and currently tinkering with that.

I’m probably a fanboy, I’ve had many more AMD parts than Intel or nVidia, and never seem to have gone through the pains that others have experienced with bad drivers or overheating problems. Maybe I’m just lucky.

I like your Alienware PC on general principle, it looks and is cool. Very cool.

I disagree with you on the appraisal of enthusiast should buy one though. My idea of the label “enthusiast” is one who attempts to build and then compete “tech for tech” with the big house money. We assume we’ll beat Dell in most instances, Alienware gives the enthusiast a challenge to beat a dedicated GAMING producer of machines.

others have experienced with bad drivers or overheating problems.

Both statements are completely overblown and really aren’t true.

Both companies have had hot and loud cars with bad drivers. Honestly, more recently AMDs drivers have been better Imo but I’ve never had big problems with either

AMD appreciation runs deep with him.

GN just did a piece on flashing the BIOS. Some thought that shaders were increases, but it turned out to be a reporting error. The increases are memory up to some ridiculously high value and power targets increasing.

Memory gets a voltage increase and stock clock increase (to 945MHz which I was already running). I doubt AMD wanted a repeat of the Athlon/Phenom or 6950 unlocking “features” so I presume the extras are lasered off from the original 64 die after a few are found defective. The unlocking was good for consumers but not so great for AMD IMO.

You mean 9,450 MHz? I am dyslexic so I could have remembered waaaay off.

Both companies have had hot and loud cars with bad drivers 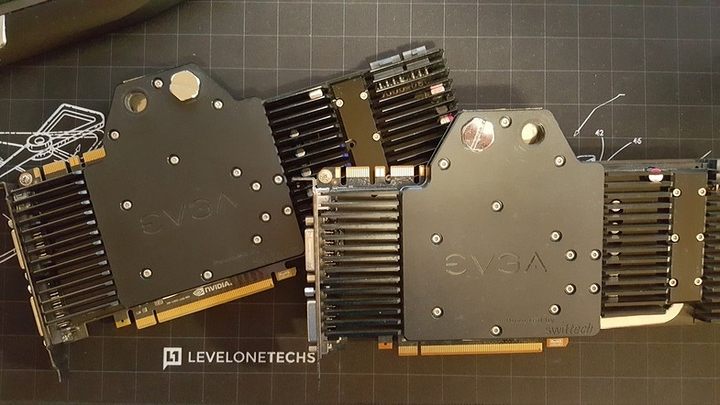 You mean 9,450 MHz? I am dyslexic so I could have remembered waaaay off.

The HBM2 runs at 800MHz stock on the Vega 56 package but the bandwidth is super high due to the nature of its construction. Stock speed on the 64 is 945MHz. The core got a little bump in stock speed to 1632MHz but never really hits it, presumably due to thermal issues now rather than the 300w BIOS limit on the 56. I will probably try increasing the memory speed some more today. Couldn’t get it stable at 950Mhz before the flash but it’s no problem now with the voltage increase.

I like Jims channel. hes honest and generally on point. Makes me laugh how true this one is, doing only what they need to and milking every penny