My mom has been playing solitaire and some puzzle games on Windows since maybe 9x and her gaming hasn’t really progressed but Microsoft’s games have regressed to include ads and stuff. This is a bit of a risk and to be honest quite predatory against the elderly. Is there a good and reputable game package of card and puzzle games for Windows similar to what can be found in a Linux repo, either free of paid but with no frills and ideally no internet, updates and no elevated privileges needed? A web-based option is also worth considering?

I won’t move her and dad to Linux now but might be unavoidable down the line.

A modern solitaire collection for the web. Built with HTML5 and Javascript. 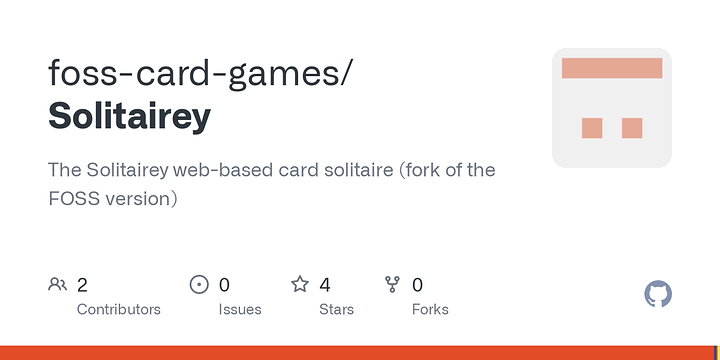 You could try the windows 7 versions

Windows 10 comes with the Microsoft Solitaire Collection, a solitaire game that requires you to watch 30-second-long full-screen video advertisements to keep playing. Ad-free solitaire costs $1.49 per month or $9.99 per year. That’s...

Thanks! I probably have some Win 7 ISO that I could grab the exe from via some VM

I don’t have anything on my mind, but you mentioned 90s and there were a ton of puzzle and card games from that era. Often sold as a collection on one CD. They’re probably all abandonware by now, so shouldn’t be hard to find (Beta Archive com?)

One old freeware game I remember is Blue Klick

Check the internet archive site they have all kinds of things there.
Archive.org