A notebook to consider?

The Acer Chromebook 15 (CB5-571-58HF) is sporting an Intel i5 5200U, a dual core processor clocked at 2.2GHz, 4GB of RAM, a 15.6" IPS LCD 1920x1080 screen not that stupid 768p shit, some really amazing upwards facing speakers on either side of the keyboard (I've heard them personally and holy shit why aren't all laptops equipped with these???), an SD card reader, Intel HD 5500 integrated graphics, AC Wi-Fi, a USB 2 and a USB 3 port, an HDMI port, a 4 cell 3220 mAH battery (apprx. 9hrs), and a 32GB SSD for storage. Now, it comes with ChromeOS (It is a Chromebook after all), but this would make a really neat notebook. Maybe install Linux (Preferably Mint with Xfce since it's somewhat lightweight and still fully featured). The 32GB storage is a bit of a bummer, but I've got plenty of USB drives. I can just pop in a 256GB drive and be on my way. It's listed at $499USD, but I'd be able to get it for $320USD through my school discount. For that price, I'd say it's a hell of a lot better than most laptops around that range. Full HD, an i5, the RAM is a bit disappointing, but SWAP can handle that if its needed... The speakers are so loud and clear, the keyboard has a good travel and a fairly satisfying actuation point on the keys. What do you guys think? I'd just be using it for school stuff, web browsing, and a bit of solitaire when I'm bored. Is it worth the buy? I've got the money for it, but I'd like some input and to see what the community thinks. 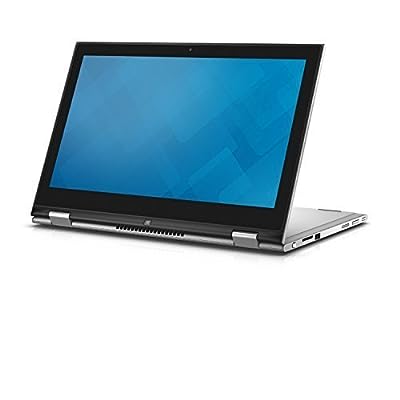 Power and Modern Design: We want you to love your new PC for years to come. That's why we test Inspiron laptops for reliability not just in the places where you expect it, but for the open road ahead. ...

as for why I'm recommending it? for the following.

it works well with Linux, the RAM, HDD, and Battery are ALL removable and replace-able. (though later on you might want to set fire to the Broadcom Wi-Fi chip it comes with and pick up an Intel one since all it's drivers are built into the Kernel. and I have the 11 inch model I use for Arch and I haven't had an issue. though as previously mentioned just switch out the Wi-Fi card and you have a 5 or 6 year laptop. also it has I believe 2 USB 3.0 ports. and one USB 2.0 port.

They had these at MicroCenter. They looked like really nice machines considering they aren't the XPS. I was surprised!

That one's not bad. We do get discounts on Dell products as well. How's the battery life? Yeah, being able to replace parts is nice. How about the hinges? I've never owned a 2-in1 and I've always been skeptical about the durability of them.

sadly the 11 inch model I have doesn't have backlit keys. the 13 inch model I posted here in the recommendation does.

I'll look into it. I'll see how much the discount puts it at. We get I think a 45% discount on Dell and HP devices so that's probably not bad... May I pick your brain about Arch one of these times?

That'll be quite the deal. At my old job we only got 10% -- which you could usually easily beat by just looking on Amazon/eBay.

Wow, where was that? (Actually, you don't have to answer that... I'm bit sure if that's an invasion of privacy.) Yeah, I had to push the district leaders so much to make a deal with these companies... I have a friend that works at Google and a few friends that work at Microsoft that I had back me. It was hell, but it paid off.

i don't know your budget but i recently got a zenbook ux303ub and it is really nice but they are new like $1200 maybe you get lucky like i did on ebay.

also runs manjaro very well. about 7 hours of battery for me..

Thanks! I'll see if I can find any deals!