So my new case arrived today and i'm trying to install my new noctua fans in it. I bought the NF--S12B redux -1200 fan. And i'm having a bit of trouble installing the fans. The screws are kind of odd. They're the metal screws and they don't taper at all but have like a wedge removed from the first third of the length of the screw. And the fan holes don't appear to be threaded either. Do i really just need to roughly jam it in there or is there a way to finesse them in?

It is perfektly normal for the mounting holes to not be threaded.

yeah those type of screws are kind of a pain but they will be a solid mount.
just use force as you screw them in.

yeah, i got all 4 fans installed. i just didn't want to break the expensive noctua fans applying too much force. Now time to turn off the pc and switch everything over to the new case, wish me luck!

screw fans... on a serious note, thats normal. after a while they will be "threaded" just make sure to use the correct size screwdriver or......... "you're screwed"

yeah, on the back two fans i installed the meta shielding that came with the 2 back fans that came with the case, and i didn't have a screw driver that fit those screws exactly, stripped 3 of the 8 screws and had to finish those 3 with a vice grip...

If you really have issues with screwing the fans,use those... 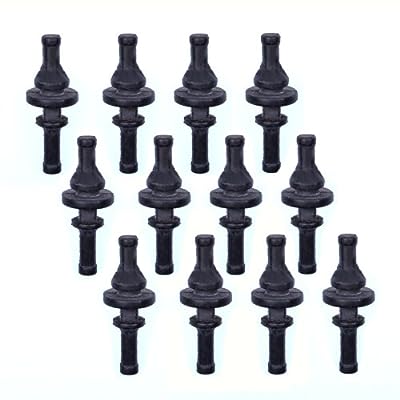 
May be not exactly those, but there are a lot of rubber mounts. Noctua themselves are selling rubber mounts. This will both reduce eventual vibrations and not damage the fans in any way.
Atatax April 30, 2016, 12:59am #8

successfully switched cases, everything is working except the power button, just need to look up my mobo's manual, but i'm pretty sure i know where its supposed to be