A Keyboard on an Android Phone? Checking Out the F(x)tec Pro1 | Level One Techs

This is a companion discussion topic for the original entry at https://level1techs.com/video/keyboard-android-phone-checking-out-fxtec-pro1
1 Like
GigaBusterEXE March 6, 2020, 1:58am #2

Was thinking nobody was going to get this phone, but wow, it happened!

Regarding your complaints of the 835, what exactly are you doing on the phone that taxes it? I’ve got an 835 as well, with animations set to 0.1 speed (via System UI Tuner), rooted (CPU underclocked to save battery), and a bunch of apps running in the background and switching between foreground apps, yet I very minimally experience stutters (they only happen in Brave, but I’d bet the browser is just buggy, and it’s not the 835’s fault).

I seriously can’t imagine Termux, VNC, Twitter, email background sync, and whatever else you do on your phone (OpenVPN and YouTube as well I’d imagine) to be overwhelming to the CPU.

Cosmo Communicator may be the winner in the keyboard department,
no small keys just look at the size of it!

Other phone features include a secondary display for notifications,
on the outer case and support for Debian & Kali Linux. 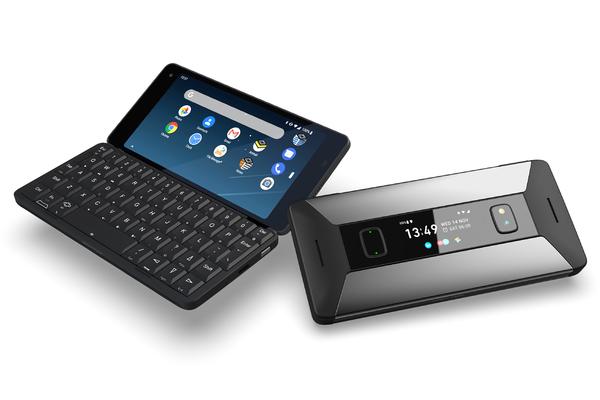 Cosmo Communicator is the ultimate portable computer, mobile device that fits in your pocket. Inspired by Psion devices and from the makers of the Gemini PDA, it has an excellent keyboard, dual-SIM mobile phone and a fantastic camera. Runs Android 9...

Curious as to what peoples long term experiences with the Pro 1 are, a part of me really wants a keyboard phone but on the other hand my current phone works (for now) and phones are expensive. Maybe the Pro 2 will be up for grabs by the time i’m in the market.

Also love the fact it has the 3.5mm jack and shutter button.

I am still waiting on a full GNU/Linux supported phone.

I have replaced 4 batteries in my phone trying to keep it alive until I can spend the money on a good keyboard phone. Starting to get into burner phone territory with the money that I have spent on batteries.

However, it may be time to think about physical separation and carry two devices. One typical telephone for calls and sms only, and the other one is kind of umpc for the rest of things online.

Just a personal stance but I was the guy that carried two cell phones for a decade or so. I don’t want to have to have two devices. Selfish I know, but since I don’t have to deal with on all anymore, for personal reasons, I want one device that can do it all. I am willing to pay, now one has made the device that I am willing to pay for. HTC bring back your Awesome QWERTY (i will settle for DVORAK) phones.

hows the long for these phones so far?

is it the fiddely nature of unlocking a modern smart phone? even with pop socket i still can’t always one hand my galaxy s9