Title!
I've got a no name 750GB one which is 82,9MB Fast and my friend told me it was slow as fff...duck!
I've looked at the WD Red 1TB but am not sure if it is fast and if it is ment for PC's because all vids I saw about it they've put them into servers.
Waiting for suggestions. 60€ Max

Why not just go with an SSD and then the no name for your games and stuff ?

I'd you are just interested in a fast HDD you can't really go wrong with a WD Black. HGST also has some great stuff.

Iam going for an 60GB SSDNow V300 Kingston but just for system. The rest for games because am on a budget.

Stay away from that one. It's bad.
Can you clear something up? Are the no name in a current system and you want to buy a new one for the system you are building?

If so just reuse the no name. It's not slow but it ain't fast either. It should get the job done.

My HDD has not enough spot for my games & programms.
I am exploring a lot and making videos and pictures of it and the 750GB are slowly full. So I wan't to be safe for a longer while and need a 1TB HDD. The 750GB One is of course gonna stay as well. Why is the Kingston one bad? Suggestions for some other 60-64GB SSD?

I can't remember it excactly so don't quote me on this.
Kingston decided to change the type of flash in their more recent badges. It is terribly slow compared to what they used before hand.
Logan has mentioned it several times in his videos.

I just found an article addressing it
http://www.anandtech.com/show/7763/an-update-to-kingston-ssdnow-v300-a-switch-to-slower-micron-nand

As for good 60/64 gb ssd try and see if you can find an Intel one. I can't remember if they make them anymore. You could also check for SanDisk drives as they are fairly decent.

Here is a link to one. Just the first one I saw. It should be plenty good enough for you as it gets according to Amazon 475mb/s read. 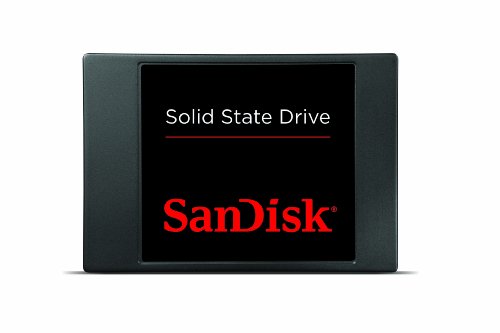 And even cheaper. Thanks gonna go for sure with that. Same price of the Kingston but with 128gb and faster.

Regarding the SSDNows, Kingston was one of the companies caught in the bait-and-switch scheme. There's an increasing about of evidence to suggest that certain manufacturers are swapping out SSD hardware behind-the-scenes, and that products are suffering from it. It wouldn't be acceptable in other markets, and it's not acceptable here.

Anything else in your build you want help with?